Making arrowheads, knives, and stone tools out of slate

I love knowing about techniques concerning creating ancient technologies so I can survive in the post apocalyptic world we seem to be screaming towards.

With these skills I can hunt the wild tofu, if it hasn’t gone extinct in my area.

For those lacking in slate or other standard knapping materials, there is always glass from glass bottles. 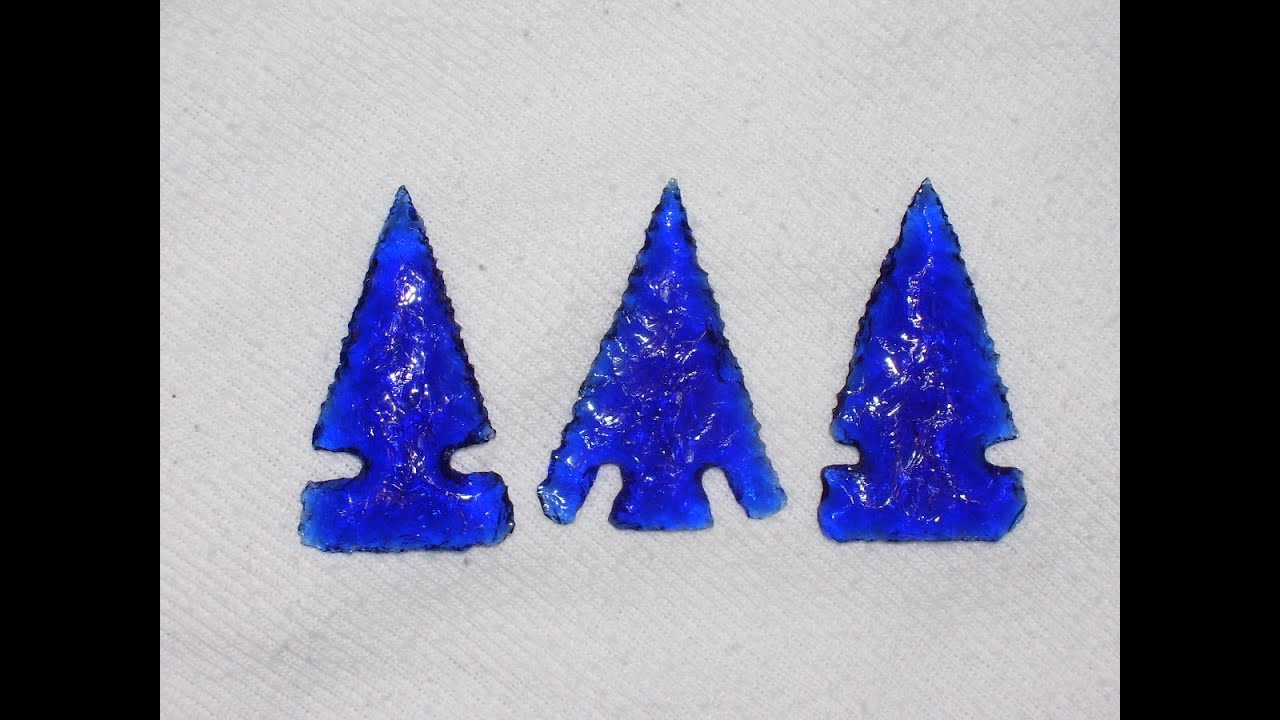 The Society of Primitive Technology has some awesome books that are collections of articles, including photos, diagrams and written details, on how to make primitive technologies. While the books are available, their website seems gone. Link provided above looks to be an archive.

I did flint knapping in university as part of an anthropology course. It’s hard!

One of my professors told the story of an expert knapper who worked in obsidian, which according to the story can be sharpened down to a molecule thick (sounds unlikely, but this was the story). The knapper in question had to have heart surgery and convinced his surgeon to use tools that he had made instead of steel scalpels. The obsidian blades didn’t so much cut through tissue, as part the flesh between the cells. There was little bleeding, and the patient recovered in record time. So the story went.

I found it interesting to see this guy searching through the bed rocks to find the flint stones. It’s like some place out of history.

told the story of an expert knapper who worked in obsidian, which according to the story can be sharpened down to a molecule thick (sounds unlikely, but this was the story). The knapper in question had to have heart surgery and convinced his surgeon to use tools that he had made instead of steel scalpels.

Awesome rabbit hole to send me down. In short, the story is mostly true.

From CNN: How Stone Age blades are still cutting it in modern surgery “ At 30 angstroms – a unit of measurement equal to one hundred millionth of a centimeter – an obsidian scalpel can rival diamond in the fineness of its edge.”

Also NIH: from abstract Ancient technology in contemporary surgery “ The prismatic glass blade is infinitely sharper than a honed steel edge, and these blades can be produced in a wide variety of shapes and sizes. It is therefore suggested that this type of blade may find an appropriate use in special areas of modern surgery.”

Also Science Focus: How Does A Knife Cut “ Obsidian (a form of glass) can be sharpened to an edge just three atoms across.”

Also PBS: Stone Blade Surgery “ Dr. Adrien Hannus is a professor of anthropology … elected to have major surgery done with obsidian blades rather than steel scalpels.

Note bold added for emphasis by me. Edited to add sources and I will add dates from sources later.

Alone in the Wilderness

Good to be reminded of how much time and effort and skill and ingenuity people used to need to survive - and not just way way back like this video shows but even a couple of generations ago. We sure take a lot of basic things for granted.

I also bonded with my grandfather-in-law over the Alone dvd some years ago so these kinds of videos hits the feels for me pretty hard.

And yay for Anthro Pup!!

PPE highly recommended for working with such materials!
Tiny flakes of flint are bad enough, knapping glass even worse.
This has reminded me of a Larry Niven story, ‘What Good Is A Glass Dagger?’

Thanks! You did indeed go down the rabbit hole! The time frame would be about right; one of the links I found said that his surgery was done in 1983, which was around when I was told the story.

he learned the technique for grinding and polishing slate which has been used by indigenous people in that area and around the world for ages.

Among his impressive array of tools in the video, he shows an ulu [6:10], the Inuit “woman’s knife” that was traditionally made from slate.

…there is always glass from glass bottles. 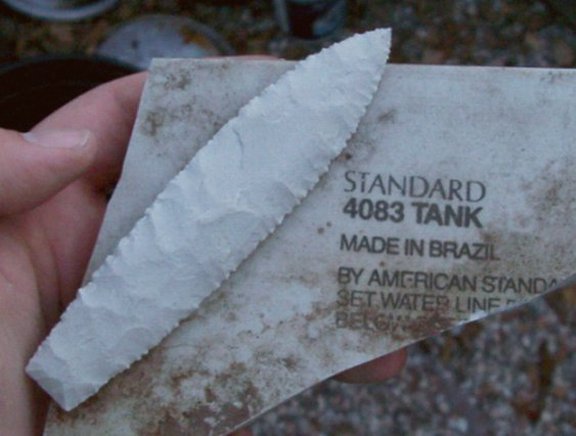 I know a woman who worked in a lab preparing slides for electron microscopy. Part of her job was to create glass microtome blades, much sharper than steel. The process is at least semi-automated. 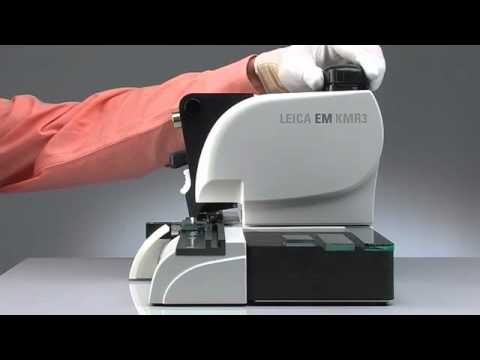