We wouldn’t have to wait for it if the first pointless video wasn’t spliced in ahead of the relevant one.

I’m holding out for the mark II

It’s not much of an accident. The unedited version shows him putting a Mentos in first.

Gentleman. You left out gentleman.

You apparently don’t understand the meaning of “accidentally”. His whole purpose in dropping a Mentos into the bottle, capping it tightly, shaking it up, and throwing it to the ground, was to launch it.

It was It was unmistakably to scent, hydrate, paint, detonate, launch, fidget or dribble in a place where dribbling may not have been very very permissible. I found it a much more cheerful and entertaining read than Melissa Gira Grant in psmag yesterday, in which I ran by her cite of WIRED saying NC protests cost $400M and sort of ran out of colored note-taking chalk and sidewalk for a bit. On the other hand, I wasn’t just draining a pool for the season either, and thus wasn’t wearing a care-cleansing gray tunic of… yeah. Of conciliation and/or what you want in hour 4 of hanging around your own house being told to go home while happening is going on.

I did this when I was ten and up in Florida. Needless to say things progressed to solid fuel rockets, however I prefer baking soda rockets, always.

THIS is why we need 3D TV… what ever happened to that?

A few years ago we had family dry ice experiment day in the front yard. I put some in a little soda bottle with some water and tightly capped it. The bottle bloated up like a balloon but didn’t rupture. It was effectively a piece of unexploded ordnance in my front yard. I decided the safest way to deal with it was to hit it with a 2x4, which I immediately did without further thought. The bottle broke with a sound like a gunshot and rocketed between my feet, cutting a long divot out of the grass. I could have badly injured myself.

This is why BoingBoing is so god now that they do,d out. Current videos, Wait…what’s that?

Those bottle flip challenges are getting out of hand…

Not sure this is exactly a carbonation issue, but the Big Content people dropped their bottom out and yet are also doing that Intel thing where >>10 4K cameras make for a sports DP,ADR,____(idk) And Commentator. Also it seems a Vizio that had ‘auto-3Dify’ http://variety.com/2014/digital/columns/3d-tv-not-dead-yet-and-getting-better-1201055163/ would have not terribly creatively surprised us, even if we suddenly didn’t need glasses to watch (only we did.) Also per the comments there OZ: The Great and Powerful barely made any Blu-Ray prints and Frozen 3D Blu-Rays got canceled (so…not so many thousands shipped, I’m thinking.)

Gaming is nicely eating recorded Content’s lunch (sorry, no venn handy) of course. http://spectrum.ieee.org/tech-talk/consumer-electronics/audiovideo/3d-tv-is-officially-dead-for-now-and-this-is-why-it-failed says in so many words that 4K was way better a plan than getting people to buy smart TVs with dual cameras built in. Also HDMI 1.3 (?) cables were necessary. Everyone got your debug cables? Yeh. ‘Korean Gamer no longer that into ops for your 3D skype box’ I believe the Onion headline will have had been.

http://www.dailymail.co.uk/news/article-2765862/Why-3D-TV-proved-turn-Massive-investment-1-5-million-sets-sold-persuade-great-British-public-wear-silly-specs.html Well, there’s the small nationalist component I was looking for. Send that May person back now. All done. Thanks.

May as well have a nice design on the bottle. http://viralturtle.com/3d-tattoos-that-will-make-you-look-twice/ (thanks again to Opera for adding an ad blocker.) Let them tase case wine.

Also…how do we feel about wearing 2+n pairs of glasses at a time? Anyone have a favorite n? 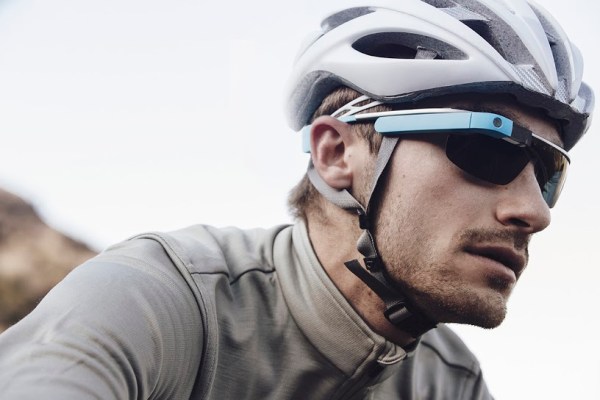 You’ll soon have 16+ different smart glasses to choose from. Here’s how to pick...

We help you sort through the variety of smart glasses that are coming to the market in the near future.