-$12,000 + $600 = Justice! Not the same quality of justice that billionaire corporations get, but not bad for a third-degree felony.

“must also stay away from the store owner.”

Makes me picture the thief following the store owner around and whispering,

“Pssst! Wanna buy some corned beef, cheap? How about mackerel? At these prices it’s going fast!”

Still, if I had to pick one foodstuff that I didn’t want stolen in bulk (because theft leads to shortages and price hikes), it would be maple syrup.

And yes, I am talking about the Great Canadian Maple Syrup Heist:

Over the course of several months between 2011 and 2012, nearly 10,000 barrels were stolen in a suspected insider job from a FPAQ facility in Saint-Louis-de-Blandford, Quebec. The syrup was stored in unmarked white metal barrels only inspected once a year. Thieves used trucks to transport barrels to a remote sugar shack, where they siphoned off the maple syrup, refilled the barrels with water, then returned them to the facility. As the operation progressed, the thieves started siphoning syrup directly off barrels in the reserve without refilling them. The stolen syrup was trucked to the south (Vermont) and east (New Brunswick), where it was trafficked in many small batches to reduce suspicion. It was typically sold to legitimate syrup distributors who were unaware of its origin.

The Great Canadian Maple Syrup Heist is an informal name for a months-long robbery between 2011–12 of nearly 3,000 tons of maple syrup, valued at C$18.7 million from a storage facility in Quebec. The facility was operated by the Federation of Quebec Maple Syrup Producers (French: Fédération des producteurs acéricoles du Québec, FPAQ) who represent 77% of the global maple syrup supply, and have been compared to a cartel. Adjusted for inflation (2018) this heist was the most valuable in Canad In 19...

In US prisons, cigarettes have mostly been eliminated. Packaged mackerel have filled some of the gap as an underground medium of exchange. It’s a high protein food available from the commissary and there is enough demand from prison bodybuilders to keep a blackmarket economy running.

Maybe the thief here is an ex-con bodybuilder trying to scratch a nostalgic itch? Or maybe food costs in Guam are just so damn high there’s a prison-like black market for canned meats?

Maybe the thief here is an ex-con bodybuilder…

If he is, from what I can see it appears he skipped neck day.

Ahah! I followed the link from the conviction article to the original arrest article: 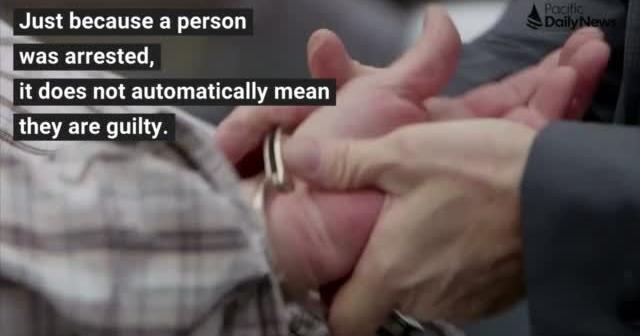 Men charged with theft of $12,565 worth of corned beef and canned mackerel

The warehouse manager for 7-Day Supermarket was charged in local court Thursday, accused of stealing $12,565 worth of corned beef and mackerel and giving it to a former employee who

The value of the 12 cases of Ox and Palm corned beef is $1,056 and Sunflower brand canned mackerel is $280, the complaint states.

The owner conducted an inventory check and determined that 150 cases of Ox and Palm corned beef was missing from the warehouse, the complaint states.

Now the numbers make more sense. As for how a 150 missing cases went unnoticed, he was the warehouse manager, and:

During the interview, Ocampo denied stealing anything more than what he’d given to Namio in March and attempted to explain the missing corned beef was transferred to another store and was unaccounted for, the complaint states.

Ocampo wasn’t told what items were allegedly missing, and when asked how he knew what items were missing, he stated several cases of corned beef went missing a couple of months earlier and he was accused of being responsible for the theft, the complaint states.

Well I didn’t say he was a good bodybuilder.

Are these guys cops?

Police need to be on the look out for large purchases of Rye bread and coarse ground mustard.