IANAL, but why can’t someone get a restraining order, just for the asking? What harm does it do?

[ETA: I suppose it could overload the system if just anyone could get one for no reason whatsoever]

And, I guess, in usual cases, what’s the general threshold for granting one? This seems so subjective.

but why can’t someone get a restraining order, just for the asking? What harm does it do?

This seems so subjective.

There are supposed to be standards but yes, very subjective. Much less likely to be granted, on any evidence, against a white male.

but why can’t someone get a restraining order, just for the asking? What harm does it do?

WHAT? You MONSTER? You can’t block MEN from their right to terrorize their families with violence!?! /s

True, but it might also save lives… but the only lives we care about in America come in the form of a clump of cells… (sorry, listening to the Roe hearings, and the Republicans are spewing that nonsense).

This seems so subjective.

a protective order restricts a person’s freedom of movement.

So do all private property rights. I can’t walk over right now and walk into my neighbors house and take a seat without them inviting me in. He could shoot me and be in the right. I think that’s a BS argument, frankly.

a protective order restricts the freedom of a person who is usually male.

As usually, you got it right!

I think I know the answer but for shits and giggles. Is there likely to be any comeback on the judge?

Also, surely “he stopped taking meds” should have been a sufficient warning.

It sure feels like there SHOULD be, but I doubt there will be.

I’d like to think that Judge Troy Daniel will never have a restful night’s sleep again, what with all that blood on his hands. Somehow, though, I don’t think he’ll be troubled in the least.

I doubt that judge has any remorse, didn’t seem like they had any sympathy for this family to begin with

He’s temporarily filling a position left by a retiring judge and has to run for reelection this year if he wants to keep the job.

Pretty much exactly what happened to a friend and colleague who was my manager back in 1994. She had been trying for the restraining order for months.

Those guys never resign in disgrace after things like this happen, do they?

IANAL, but why can’t someone get a restraining order, just for the asking? What harm does it do?

Then there’s the whole ‘due process’ thing. You can’t just walk into court and ask them to sanction someone on your say-so. Because if you could, the state would be doing that left and right. But in practice, of course, it’s pretty rare for someone to ask a court for a restraining order without some actual belief there’s a real threat. And there’s a penalty for lying about it. So yeah, in a better world, this would be easier.

This judge should be removed from his position. Clearly that protection order - even with out the murder - was justified. Jesus Christ.

The good ol’ “pro-life,” “it’s not the guns, it’s the people” folks have once again failed on all three fronts: not pro-life, wrong about it not being about the guns, and doing nothing to address the problem people.

This is not my opinion but the reasoning as I understand it: a protective order restricts a person’s freedom of movement.

Not much, though. In cases of people I’ve known who have been able to get them, it’s been alogn the lines of “do not approach within 50 ft” or soemthing small like that. One was “not within 500ft of the home.” So the guy drew a circle on a map around the center of the house to mark out 500 feet, and bought a house just outside the circle. Because he is a dickhead.

Maybe he’ll be troubled if his name stays in the minds of voters ahead if his next attempt at re-election so the voters will know who not to vote for. And perhaps surviving family can petition for disbarment. These are bare-minimum consequences, but probably the most that will happen to judge Troy Daniel.

My take: a protective order restricts the freedom of a person who is usually male. If it was mostly women being restricted, the evidence required would be less.

IOW, what I see is Man Judge judges a Dangerous Man, disbelieves Imperiled Woman–who is a mother and a daughter–despite her recitation of copious examples of intention to harm stated by Dangerous Man, and…

Does Judge Troy Daniel have any legal exposure here? I wonder if any surviving member of Imperiled Woman’s extended family has a way to get justice for the victims who were murdered.

Sadly, there are no red flag laws in Michigan.

EDIT: The article has links to blogs, etc., that I did not read. 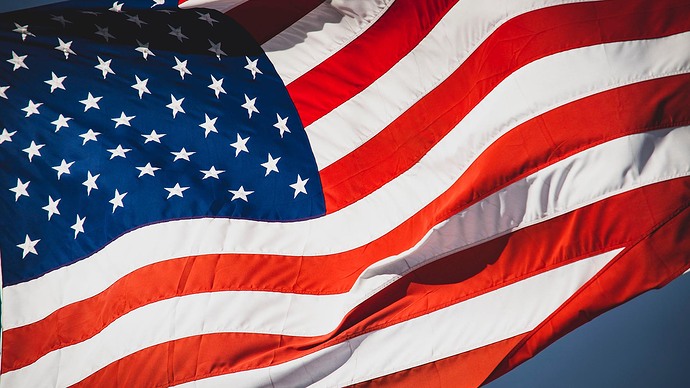 What Are Red Flag Laws in Michigan? - Michigan Gun Law

HExtreme risk protection orders, aka “ERPO” or Red Flag Laws have been gaining popularity among states since the first law passed in 1999.