Man receives a gun over the counter at a sporting goods store, loads it, and pulls the trigger

Bet he wishes he came here and got advice on how to load it first!

I think it’s important to note that this was a big box sporting goods store not a gun shop, and that may or may not, reflect on the quality of employee behind the counter. I have several friends that work in gun stores and almost all the employees are armed if they choose to be. The gun shops that I frequent here in the Mid-Atlantic all have armed employees. This man is extremely lucky he wasn’t in a real gun shop, because if he pulled that shit there he would most likely be put down in rapid fashion. 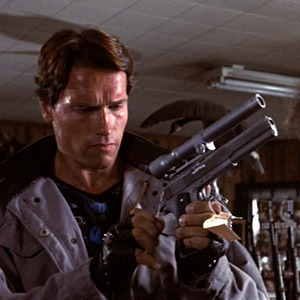 In Southeast Washington State? Yeah, everyone in that store was armed. This guy just didn’t set off their alert reflex until after the incident.

One of the problems of American gun culture is that the person who wins the firearm argument is not the one who is right, or even the most skilled - it’s the one with the weakest impulse control. That should scare the shit out of every gun owner.

This guy just didn’t set off their alert reflex until after the incident.

That should scare the shit out of every gun owner.

It should but – whatever other rationales they profess – a lot of them think easy access to firearms and ammo is worth it because these items let them feel like the manly action heroes who always win in movie shootouts.

In real life, all that time spent on the shooting range and all the gunwanking trivia will be much less valuable than the ability to talk the lunatic down, to make a quick and discreet getaway, or (as in this case) just being very lucky.

But of course, it’s very important that nothing impedes the ability of people to be able to purchase these things that can end human life with no more than the contraction of a single digit. Very important.

The employee obliged, and the man soon had not only the handgun but bullets too.

Is there another source that says that is what happened? It doesn’t say where the bullet came from in the linked article. They don’t typically put ammo on the counter with a firearm. It is bad form.

It could have been brought in by the guy. I suppose being a big box store, it might have been from a box on a shelf, not at the counter, which he snagged a round before hand.

Well, he wasn’t actually the owner of the gun, so we shouldn’t expect him to be responsible.

Why wouldn’t it fire? Safety? Or are guns in store disabled in some way?

As others said, the three most likely reasons:

Stores do not usually do anything to the gun to disable it. Many will use chamber flags to show they are empty in the case, and always should confirm they are empty before handing one to someone.

and that may or may not, reflect on the quality of employee behind the counter.

im trying to understand the intent here. are you victim blaming? or do you associate being armed with “quality”? i really don’t get it

This man is extremely lucky he wasn’t in a real gun shop, because if he pulled that shit there he would most likely be put down in rapid fashion.

ah yes. the good guy with the gun definitely wouldn’t have caused any problems at all 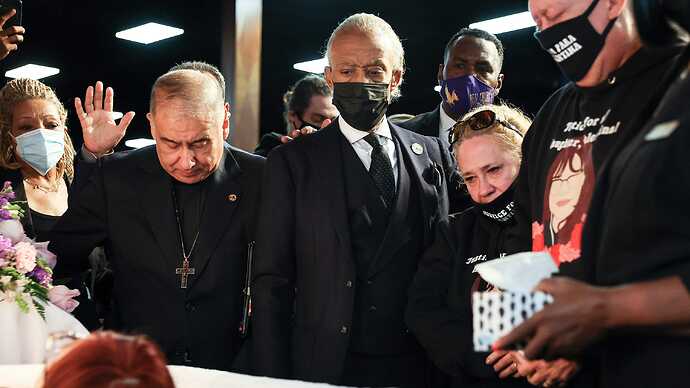 'They have destroyed us': Family, Rev. Al Sharpton attend funeral for teen...

Valentina Orellana Peralta, 14, was killed by an LAPD officer two days before Christmas as she shopped in a Burlington store with her mother.

Did the guy at least ask for a discount before giving up?

I saw Tri-Cities and figured it was the shooting at the supermarket in Richland yesterday. Nope, just more Eastern WA being Eastern WA.

Update | Convicted felon jailed for loading gun and pulling trigger inside Kennewick
Steven Greenwald, 60, is being held on suspicion of first-degree assault and being a felon in possession of a firearm.

Given the current state of employment right now, many businesses are taking whoever they can get, especially big box stores. I have never worked at one of these stores so I cannot vouch for their hiring practices or employee assignments. For all I know, whoever was working the counter that day may have showed up and was told, ‘hey, you’re working the gun counter today.’ I hope that would never happen, but in these times?..The last time I looked at guns at Bass Pro Shops, they guy behind the counter had to find someone else that was more knowledgeable to answer my questions. Thus, my comment on the employee. As for the ‘good guy with the gun’ bullshit you’re slinging, I never stated or implied that and I don’t support that mindset at all. But I can assure you that the employees in a dedicated firearms shop take their jobs very seriously, and when they hand you a gun, they and probably another employee will be watching you like a hawk, and should you attempt what this man did, there will most likely be serious consequences. As for your link to the USA Today article it’s somewhat out of context - I was referencing gun shops here, not Kohls. But it DOES show that even law enforcement has a firearms training problem.

And a good guy with all those guns didn’t deter him?

there was a scene in the original Terminator movie where the cyborg does basically the exact same thing at the gun store. You would think that every gun store would avoid giving both items to a customer at the same time, at least until after they paid for something.

The Good, The Bad, and The Ugly, too. Although Tuco didn’t kill the store owner, just threatened to in order to steal the gun.

Steven Greenwald, 60, is being held on suspicion of first-degree assault and being a felon in possession of a firearm.

Clearly some super solid work on the background check there.