Kick back is a bitch… Tried to explain that to my mother who (at 80+ yrs) would go out with her little electric chainsaw to cut up branches – she did fine with the saw, although her last foray led to a stroke.

Remember, kids… a power tool is not a toy.

May we have an X-ray image of a unicorn now, please?

I did my best.

Great album cover, don’t change a thing, not even the lettering. 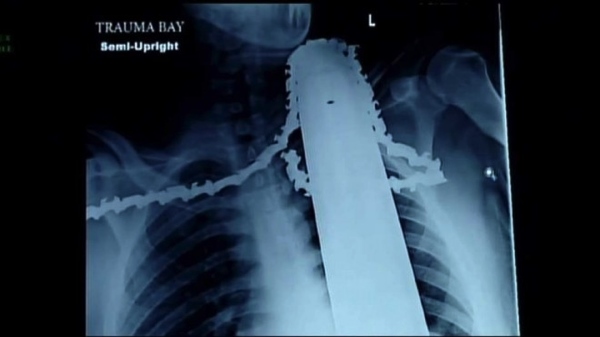 This is why we wear safety glasses, people.

'tis but a scratch.

WTF Natural Selection? I thought you were supposed handle this.

I really hope Valentine released his own x-ray, because if the doctors just said, “Whoa, cool! Let’s put it on Reddit…”

I really hope Valentine released his own x-ray, because if the doctors just said, "Whoa, cool! Let’s put it on Reddit…

Now, that was this one. 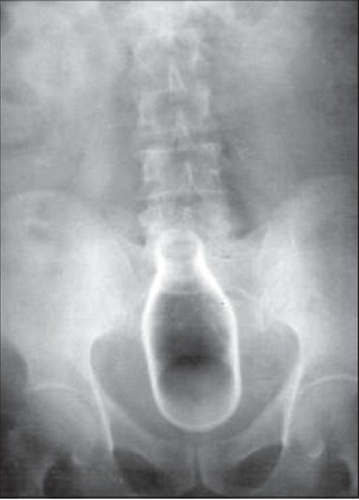 That guy should go buy a lottery ticket.

Well, you gotta give him credit for trying to avoid the power lines.

Just pointing this out, the anatomy of the cutting end of a chainsaw is bar, chain, and cutters.

His coworkers held the blade in place until medics took over.

Chainsaws do not have “blades”. You do not sharpen the “blade”, you sharpen chain.

If you want a job done right, call Leatherface.

I am curious as to the clinical indication for the x-ray.

‘There seems to be some anomaly in this man’s neck… better get an x-ray to parse it out.’

Extent of bony damage prior to heading to surgery? Fragments of said bone or chain or foreign materials that should be sought during surgery?

Yeah, it’s pretty obvious that he’s got a wee bit of a foreign body and I’m guessing a fair bit of tissue trauma just from an external examination, but I’d sure as fuck want a bit of an inside glance before I headed into that mess if I was the surgeon on that case…

Just to even see if he has wood splinters in there too.