<TRUMP IS DESTROYING THE WORLD!!!>

That was truly terrifying, I would run too.

What, no “Man terrorized by horrifying T-Rex descendant” headline?

That little duck can run. Impressive speed for such a tiny thing.

Thank you. I needed to see that. 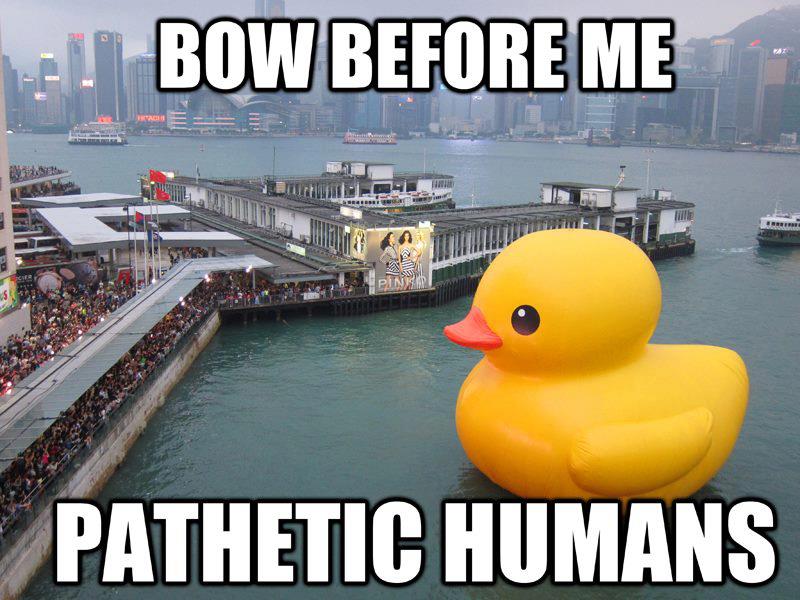 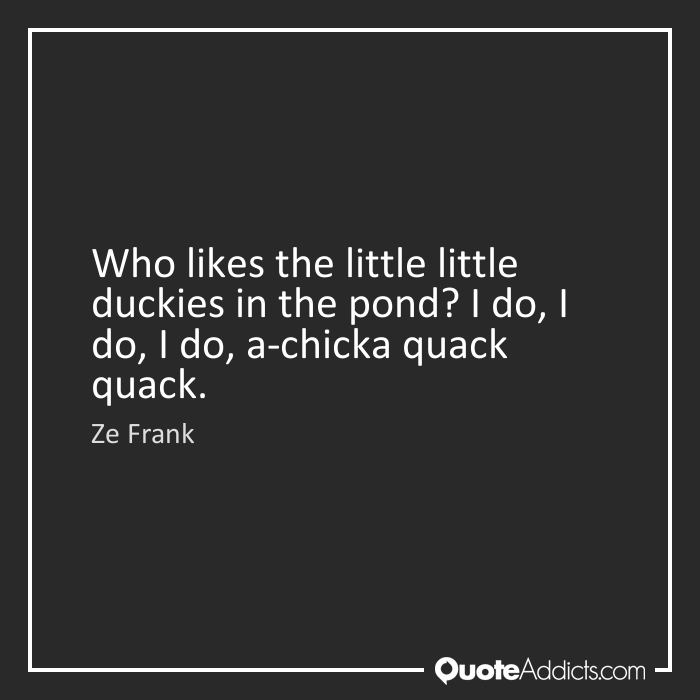 I could never run like that, I would be far too afraid of a splat moment when the duck gets under my feet.

Can we now have a baby human following a running duck?

Are you my mommy

Are You My Mother?

Are You My Mother? is a children's book by P. D. Eastman published by Random House Books for Young Readers on June 12, 1960 as part of its Beginner Books series. Based on a 2007 online poll, the National Education Association named the book one of its "Teachers' Top 100 Books for Children." It was one of the "Top 100 Picture Books" of all time in a 2012 poll by School Library Journal. Are You My Mother? is the story about a hatchling bird. His mother, thinking her egg will stay in her nest wher...

Very cute, but a little sad IMHO. Looks like the duckling has imprinted on to him. This means that it will probably never be able to live in the wild, or get along with other ducks.

I watched without sound, and my brain helpfully(?) supplied the Jaws theme. 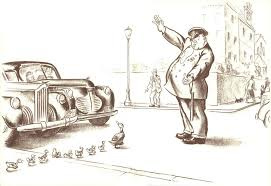 I laughed, then replying to that was a racist joke and i quickly remembered i was on youtube comments, wtf was i thinking reading comments on youtube i still have so much to live for.

Right? I don’t know if it was just the perspective from which the video was shot, but it looked like Ducky almost gets stepped on a couple times.

This video must be at least a couple of years old, but I still tear up with empathy for the poor little thing. Those feels when you’re young and afraid of being left behind. Don’t leave me!

Try having a cat. Little suicide bombers, they are.

Better than when Fabio took duck to the face, I guess. 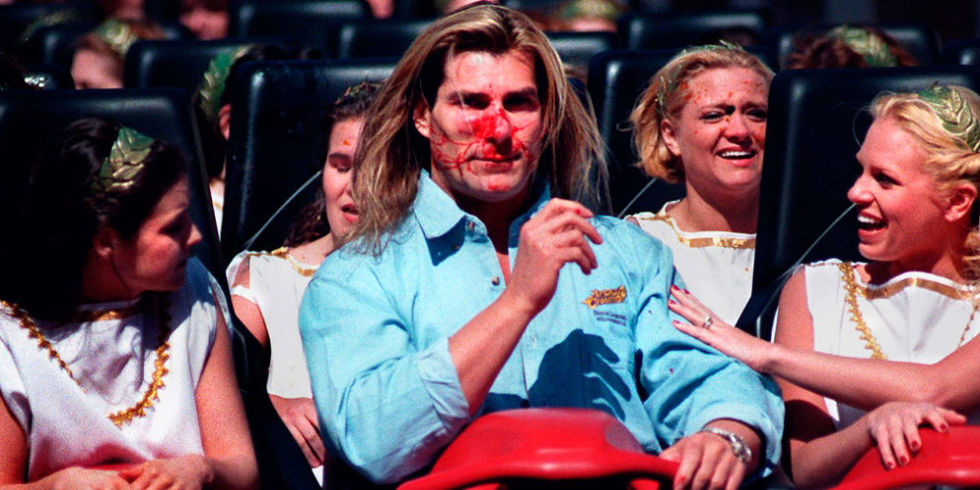 I’m hoping that at least this duck is domesticated?, but I agree about imprinting sometimes being a fraught evolutionary gift. Duckling imprints on mother duck=good, right, better chance of survival; but duckling imprints on human = a duckling that’s intensely motivated to stay close to something that has no corresponding impulse, and maybe even an impulse to avoid the duckling. Though hopefully human reason arrives at some pity and empathy for the bird’s evolutionary plight, and a good life for the animal is still possible…