She can always move to one of the places that don’t have separation of church and state, if she’d like to give that a trial run. I hear that Saudi Arabia is nice this time of year… I’m sure she’ll enjoy walking around in a lovely abeya every day!

Sounds like she needs to read the Federalist papers, wherein it’s quite clear that their religious beliefs are all over the place, on a spectrum from possibly-atheist to definitely-Christian-but-softer-than-Evangelical. It was about the spread you’d expect from a group of Enlightenment-era educated thinkers. They also believed quite strongly in the separation (hence that amendment being first) but it’s clear this woman doesn’t know anything about the document she professes to revere.

is it possible to move all of these people into one state and then kinda wall it off? we can drop in bibles when the old ones get tattered from use.

By today’s meaning of the phrase, none of the founding fathers were “God fearing Christian men.” They were Deists, Unitarians, Congregationalists, Presbyterians, and some just kinda dabbled in a little of everything (Jefferson). None of them held beliefs that modern evangelical Christians would recognize as “God fearing Christianity.”

MTG and her ilk love to point out that the words “separation of church and state” do not appear anywhere in the Constitution, while ignoring the fact that, as you point out, the Federalist Papers make it perfectly clear, as did Jefferson later on in a letter to a church worried that their particular brand of religion was going to be banned.

Or the treaty of tripoli, for that matter, which explicitly states that the country is not “in any meaningful way” a Christian nation. The centrality of the separation of church and state is really easy to see in a variety of places from the era - for understandable reasons, since the founders would have been very familiar with how brutal religious wars could be. So it certainly reflects the enlightenment discuss on religion and the state, but it was also a highly practical move, given how religious diverse the colonies were from early on.

but it’s clear this woman doesn’t know anything about the document she professes to revere.

But we knew that going in, so…

So it certainly reflects the enlightenment discuss on religion and the state, but it was also a highly practical move, given how religious diverse the colonies were from early on.

For sure! They also saw the corruption of political power that resulted from the Church of England and the Catholic church’s Pope getting too entrenched in their respective governments and were understandably concerned about that.

So many really good reasons to not establish a national religion!

I think what these christo-fascists fail to understand is just how much 1A protects them and their freedom to worship whatever twisted version of Christianity they follow. Who gets to decide WHICH Christian faith is the state religion? There are quite a few interpretations of the Christian bible, and many of them sharply disagree on any number of things. They assume that it would be their version, but are they sure about that? What if it’s the Quakers’ version? Or a left-leaning, immigrant-loving, gay-flag-flying version? 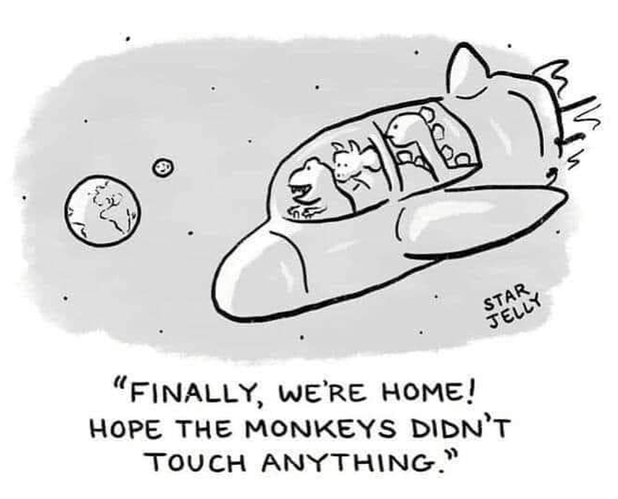 Do you really want the US to be on this list? In 30 countries, heads of state must belong to a certain religion | Pew Research Center

Was going to say something similar. Ending ‘separation of church and state’ begs the obvious question “Who’s Church?”.

Would posit ‘Anglican’ isn’t the one she’s thinking of. \s

What still blows me away is that some of these countries claim something like 99.9% of their population is of X religion.
So in other words - if you are born here you are by default X.

Have you been reading this thread at all? Did you somehow get the impression that we agree with her? If so, I don’t know how…

I think they were asking the question to MTG

but it was also a highly practical move, given how religious diverse the colonies were from early on.

Who gets to decide WHICH Christian faith is the state religion? There are quite a few interpretations of the Christian bible, and many of them sharply disagree on any number of things. They assume that it would be their version, but are they sure about that?

That’s what I remember from high school history. That a large driver of separation was that none of them wanted the others forcing their particular belief on them. I’m sure there’s more detail than that too.

It would be nice if some reporters could ask them about exactly which religion they’re talking about. My guess, based on how many different independent churches are all trying to collect, is that that there is enough differences and different people who want to be “the one” that it could create some real fractures. They clearly all have some of the same hates, but they probably hate each other for their differences just as much too.

Wow, I did not know that she was here… /s

Huh.
What happens when (or if you are more optimistic than I am, if) the U.S. gets a bigger fracture in its public claim of rule of law? (setting aside the verifiable certainty that the U.S. has two kinds of law: one for the poor and BIPOC, and a different one for those who are privileged etc.) 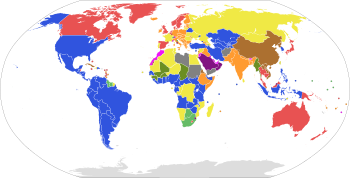 This is a list of sovereign states by system of government. There is also a political mapping of the world that shows what form of government each country has, as well as a brief description of what each form of government entails. The list is colour-coded according to the type of government, for example: blue represents a republic with an executive head of state, and red is a constitutional monarchy with a ceremonial head of state. The colour-coding also appears on the following map, represen...

I got curious… where can I see some version of her idea of this, currently?

I thought maybe Iran with their morality police etc., but nope, their presidency is independent [for a given value of independence] from their legislature. 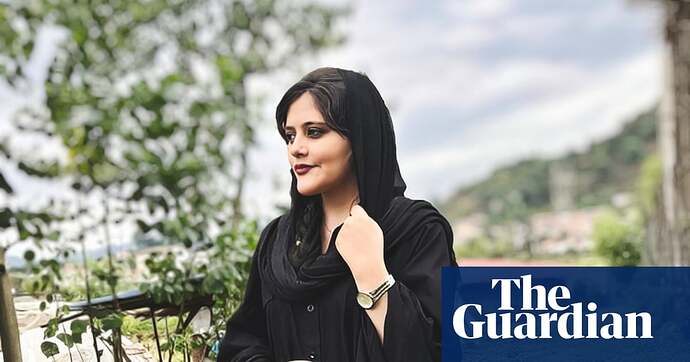 Or maybe Saudi Arabia? They have an absolute monarchy. So there’d be an end to the U.S. lege at the very least, and the U.S. judiciary would have a mass firing and re-staffing. MTG would be out of her current job, at least. You’d have to have an end to all elections in the U.S. because there’s just too many people in the U.S. who would vote for people that MTG and her delusional cohorts would not approve of.

Maybe Vatican City? That’s pretty small and relatively homogeneous. One religion: [Roman] Catholicism. It is unlikely to be scalable in the U.S.

The only way I can see her absurd, offensive and unAmerican proposal working would be if there was a majority buy-in from U.S. law enforcement and armed forces. And that’s a future I really really don’t want to contemplate. Gaming that out is a bad drive through my worst mental neighborhoods.

I hear that Saudi Arabia is nice this time of year… I’m sure she’ll enjoy walking around in a lovely abeya every day!

Wearing an abaya certainly would diminish her capacity to pursue her relentless attention-seeking behavior.

Wiki says “As of late 2019, hijab and abaya are no longer required for women in public.” I suppose they mean Saudi women. This doesn’t remove the morality police (who are often volunteers (?!) who go about enforcing social conventions and customs in public areas.

Islamic religious police are official Islamic vice squad police agencies which enforce religious observance and public morality on behalf of national or regional authorities based on its interpretation of sharia. Modern Islamic religious police forces were first established in the mid-1970s; prior, the administration of public morality in most Islamic countries was considered a socioreligious matter, and was enforced through application of civil laws or through more informal means. The powers an...

A hijab is a traditional Islamic norm whereby women are expected "to draw their outer garments around them (when they go out or are among men)" and dress in a modest manner. Previously, the Committee for the Promotion of Virtue and the Prevention of Vice, sometimes known as the religious police, has been known to patrol public places with volunteers focused on enforcing strict rules of hijab. With the 2016 reforms of Mohammed bin Salman, the power of the CPVPV was drastically redu Among non-mahr... 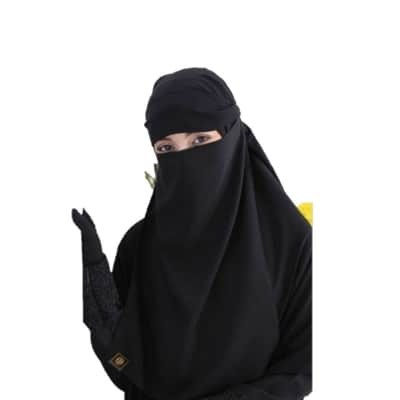 Do Women Still Have To Wear The Cloak (Abaya) & Headscarf (Hijab) In...

These days, a lot of people ask me this question. They are uncertain if today female visitors and tourists in Saudi Arabia are still obliged…

Here’s an abaya vendor’s site with… an interesting take… yow! lookout for those purists: 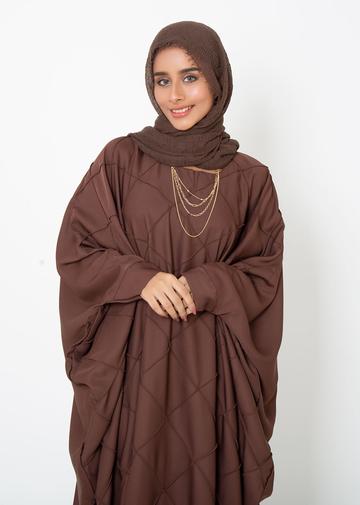 In recent times, when you look for an Abaya, there're a few things you look for, like what you search for? How have Abayas styles evolved from the traditional look? Are the conventional to modern changes preferred by women? Making purchases online is...

Regardless of how much change (for a given value of change) Saudi culture is making, I am certain that her involvement with Craig Ivey, a “polyamorous tantric-sex guru,” would not be tolerated in Saudi Arabia for a nanosecond in the public sphere at least. Women there have been stoned to death for far less.

Capital punishment is a legal penalty in Saudi Arabia. Death sentences are almost exclusively based on the system of judicial sentencing discretion (tazir), following the classical principle of avoiding Sharia-prescribed (hudud) penalties when possible. In recent decades, the government and the courts have increasingly issued these sentences, reacting to a rise in violent crime during the 1970s. This paralleled similar developments in the U.S. and Mainland China in the late 20th century. The cou...

What an irony it would be if (and here please imagine a very big “if” and nothing I am wishing for!) MTG’s dream team creates that church=state and then gets judged by it, and experiences the consequences.

As we already know from fascist authoritarian regimes, though, once people get to a particular high stratum in government/power, they are basically immune to accountability of any kind. 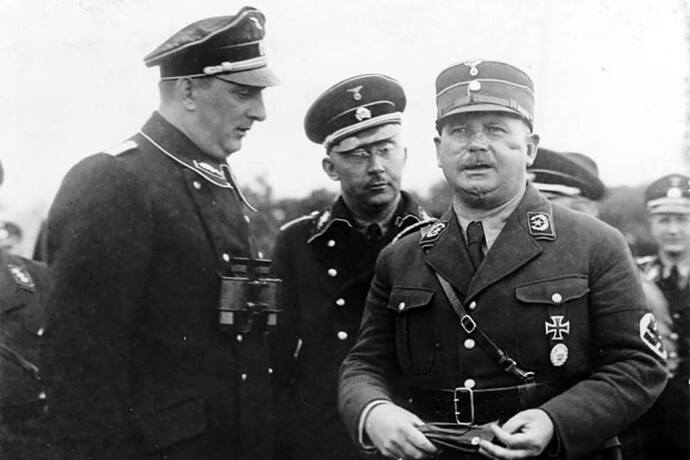 Ernst Röhm, the highest-ranking gay Nazi, presents an interesting study in the construction and containment of masculinity by the right. 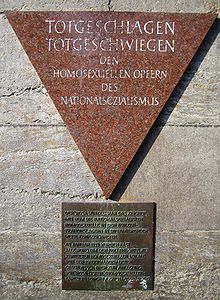 Persecution of homosexuals in Nazi Germany

Before 1933, homosexual acts were illegal in Germany under Paragraph 175 of the German Criminal Code. The law was not consistently enforced, however, and a thriving gay culture existed in German cities. After the Nazi takeover in 1933, the first homosexual movement's infrastructure of clubs, organizations, and publications was shut down. After the Röhm purge in 1934, persecuting homosexuals became a priority of the Nazi police state. A 1935 revision of Paragraph 175 made it easier to bring cr...

A lifetime gerrymandered seat in Congress where we have to listen to her.

Oh yuck.
Really… yuck!
I legit have lost my appetite for lunch now. Thanks.

She has displayed enough sycophantic behavior for me to easily imagine her attaching herself like a remora fish to a President Desantis or TFG: she’d leave Congress for an office suite in the White House.

but they probably hate each other for their differences just as much too.

In general, they hate each other more than they hate others. Atheists, queers, leftists, the literate … we’re all obviously The Enemy without question, but in the end we’re just evil. Those that are so close but still not quite of the chosen, those that eat their eggs from the wrong end first, they are a perversion of the True Faith. Tolerate them as long as they’re useful tools, but they’re next on the list once the evil people have been dealt with.