YOU BURROS HAVE MATH IN YOUR BLOOD!

This is so cool to read, I bet Jaime would be beaming right now!

Imagine what the US could do if it invested in education like it invests in war mongering.

This is the real Jaime Escalante.

Math is my magic carpet, an intergalactic language of infinite possibilities.

I find this particularly heartwarming. It really does go to show what human resources we have at our disposal, if we only realize it and make use of them to make the world a better place. I tend to believe we have essentially unlimited resources, and it is only bound by our ability to recognize it.

Thanks to Lou Diamond Phillips, I refuse to pronounce it as anything other than “cal-COO-lus.” 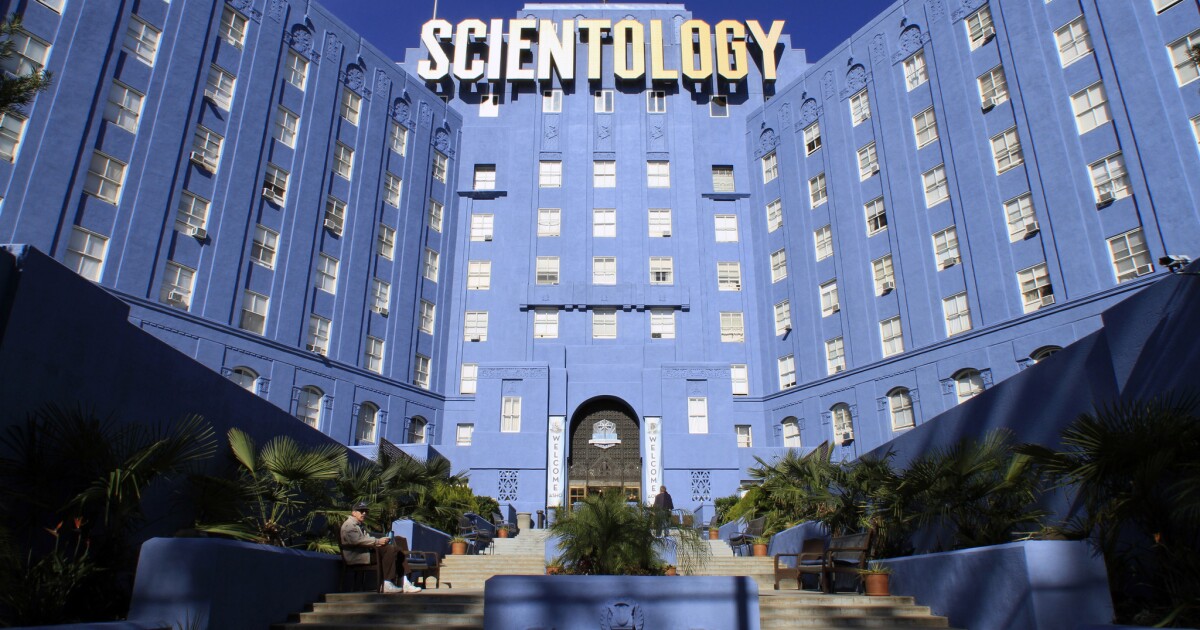 The Scientology movement's Foundation for Advancements in Science and Education has befriended one of America's most celebrated teachers, Jaime Escalante of Garfield High School.

During the last few years, the foundation has provided Escalante with tens of thousands of dollars for computers, audiovisual aids, tutors and scholarships.

Escalante says he was unaware of the foundation’s links to Scientology. “No, no,” he said, “they (foundation officials) never mentioned that name.” But, he added, it makes no difference.

It says a lot about the state of school funding that the only organization that would provide his students with badly needed resources was a literal cult.

It says a lot about the state of school funding that the only organization that would provide his students with badly needed resources was a literal cult.

It also says a lot about our tolerance for an organization that most sane countries have simply banned. I know our legal system doesn’t make that quite as easy as in other places, but really, I just don’t think you’d have to dig particularly hard to find criminal goings-on. As you said – they are a literal mind control cult.

My understanding is that the Cult of Scientology is the largest property-owner in LA? They are exceptionally powerful. It’s really astonishing, frankly.

It also says a lot about our tolerance for an organization that most sane countries have simply banned.

This was in 1990. Most people didn’t realize just how insidious the cult was at the time. Time Magazine didn’t do their famous exposé until 1991.

True, I was speaking more in terms of the current situation wrt The Cult of Scientology. It strikes me as somewhat obvious that they use a decent portion of their finances to buy their way out of being investigated.

Another reason the cult was able to suck so many people in (especially in the early days) is that they were filling voids that a competent and compassionate government normally would have filled, like school funding and substance addiction treatment services. This fit nicely with the Reagan/Bush/Gingrich era mindset of “let privately-run charities, churches and nonprofit organizations take care of that stuff.”

Yes indeed. Many horrible organizations engage in that type of stuff to cement their own power and for positive PR. They have played that game like the best (most twisted, that is). I mean, the Italian mob and their “protection rackets” was a way for the gangsters to offer their own version of a service the police would normally provide, if I understand correctly.

My understanding is that the Cult of Scientology is the largest property-owner in LA?

That’s Clearwater Florida. LA, no way. They do have their own pink pimple on the voting map in LA.

Ah, OK, so maybe not the largest. But quite significant in LA including Hollywood, apparently:

Get the actors into it, all the kids will want in. These fuckers definitely know how to manage PR for a cult, can’t say they don’t have that going on.

I attended high school with Jaime Escalante’s son (in a town farther north). That was a couple of years before the movie came out, and his dad was already a little bit of a local celebrity. He used to have to roll his eyes a lot whenever anyone would mention his dad.