I’m thinking of a stylish reboot of Harold and Maude…

Harold and Maude first thought, too:

Is this for real? Hard to tell from just pictures but it seems kind of tacky and frankensteined together.

Agreed; the designers at Maserati must be mortified.

Have you seen Harold and Maude? His mom buys him a little roadster and he makes it into that. And what happens to it at the end of the movie is epic.

I love that movie.

Have you seen Harold and Maude?

No! And I’ve heard all good things about it. Adding it to my list of things to track down…

It helps the driver by augmenting the force applied to the alzabara.

The preferred term is “coachbuilding”, but unfortunately these days most people buy their cars off the shelf.

Tacky? I suppose you don’t like “Pink Cadillac” either. I would kill myself right now to get in that awesome Hearse!

It’s real- or at least, Maserati hearses are real. In fact, one was used for the 2010 funeral of Polish president Lech Kaczynski:

On the plus side, being a Maserati it’ll always be in the shop.

A Maserati Hearse and a Cadillac Coffin:

“Full AC” in the back

You see a hearse. I see a one-man camper van.

Ditto for Burnt Offerings (despite lack of a Maserati). 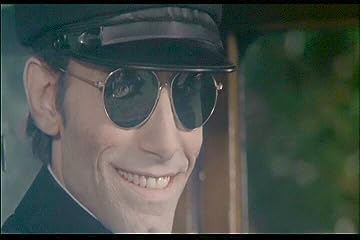