Proving there’s a million ways to be.

As an aside, what’s the mileage like? I’ve heard hearses are gas guzzlers (a kid in my high school drove one briefly but got rid of it) but I’d think the smaller version would be more efficient.

Proving there’s a million ways to be.

You know that there are!

That’s what the movie is about? I always thought it was some hallmark-y type thing. Guess I’m putting that in a list to watch.

I always thought it was some hallmark-y type thing.

That’s what the movie is about? I always thought it was some hallmark-y type thing.

It’s a romantic comedy about a death-obsessed rich goth kid (before goth was really a thing) who ends up falling for an eccentric septuagenarian scofflaw.

My old roommate once took a screenwriting class with the UCLA film school teacher who read Colin Higgins’ early draft of the script as a student project. The professor told Higgins that no studio would ever put that story on screen, and even if one did no audience would want to see it. (To his credit the professor later shared this story to his students as a way of warning them to take his advice with a grain of salt.)

Bizaro Hallmark might be watchable. I suspect they use the current Hallmark channel as punishment for prisoners who get too far out of line.

Filmed in parts of Petaluma California, deep into the Rebel State.

And all over the San Francisco and the Peninsula (still deep Rebel State), especially Colma, where all the cemeteries are!

That’s what the movie is about?

It’s basically a bad pilot for a bad 70s sitcom.

I’ve always wanted to own the Jag from Withnail & I. 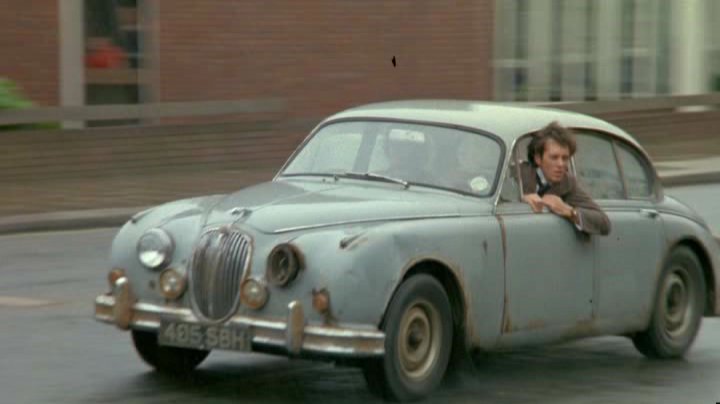 I have a Lexus that looks like the up-to-date version of that. Apropos Jags, the nicest conversion I’ve seen was an XK with the back of a Morris Traveller grafted on. I really want one just like it.

Same here, until someone sat me down to watch it. One of my favorite films.

OMG, you never saw Harold and Maude! OMG, it’s so amazing! I wish I could watch it again for the first time… Lucky you!

I wish I could watch it again for the first time…

You sort of can when you watch it with somebody who is watching it for the first time, found that out a couple of months ago.

You must restrain yourself from saying things like “Oh, oh, here comes another great bit!” all the time, though.