Soon people, soon it will all be over.

Come on, this is just the South rising again.

soon it will all be over.

Soon it will all begin! 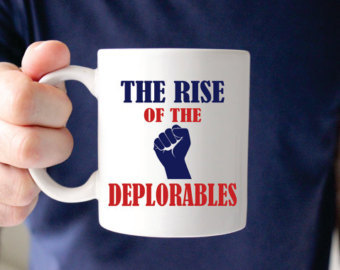 The hand on that mug is the wrong color. They should have used a dark color mug and a white hand.

soon it will all be over

Assuming that there aren’t enough close races to prompt 2000 times N all over again.

“Our country has changed” - Chief Justice Roberts, in his majority decision.

Apparently only in the means and methods. The motivations, and now the effects, are still here.

Perhaps if they instituted a small tax on everyone voting, they could afford to have more polling places open. /s

Well, as Max_Blancke keeps telling us, they need to keep a very close eye on the votes, to keep people from voting twice.

If that just happens to come out to keeping people from voting even once, well, that’s a sacrifice the GOP is willing to make.

It has an actual size Trump fist on it! Neat!

Look, if Urban Americans can’t use their vote properly, it’s up to Republican state legislators to ensure they don’t vote at all. Once those people start voting for the party that doesn’t want them to vote, then the Party of Lincoln will ease up on the so-called “voter” so-called “suppression”!

Here’s a thing. When polling places are closed in some communities and not others it can create more than inconvenience. Not all citizens are welcome in all neighborhoods, and sometimes the screening process is less than civil.

This was pretty good: 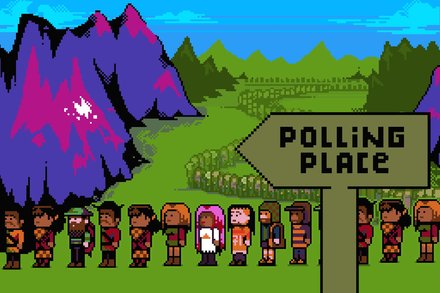 Find out if your vote can survive the great, flawed adventure of American democracy.

Although it didn’t live up to my imagined game, which was a game about how to suppress an election.

The game would be to challenge you to get the Republican nominee elected. You can do things like remove early voting, removing polling locations from cities, add photo ID requirements. Then you get to see how many people you suppressed, and the final vote. And then finally the game shows you all of the districts that actually implemented your rules in the real world.

Hmmm… Guess it’s too late to actually make this game. Someone remind me to do it before the next election…

What voter suppression? Justice Alito assured us discrimination is a thing of the past.

I can’t help but wonder if any GOP party activists are involved in granny farming?

My polling district here in California has so few voters that they closed it some years back - and automatically switched all the voters to mail-in ballots. Which makes things very convenient - and they provided a list of nearby polling places if you wanted to fill in the ballot in that environment, for some reason. There’s literally no reason to shut down polling places and force people to wait for 4 hours, to get 4000 people standing in line, waiting to vote, except disenfranchising voters. People should be in jail for this.