A Walla Walla cop had a Nazi tat on his arm, and they let him off on a stupidity defense.

Oh yeah, WA has been full of Nazis forever. Why, back in the 1980s they made a name for themselves robbing armored cars to fund their cause. 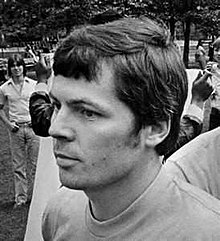 Robert Jay Mathews (January 16, 1953 – December 8, 1984) was an American neo-Nazi activist and the leader of The Order, an American white supremacist militant group. He was killed during a shootout with approximately 75 federal law enforcement agents who surrounded his house on Whidbey Island, near Freeland, Washington. Mathews' life inspired the production of the 1988 theatrical film Betrayed and the 1999 television film Brotherhood of Murder. Robert Mathews was born in Marfa, Texas on January...

Bad News: A lot of people seem to be unaware of that.

I may have posted this quote before, but if you are not anti-Nazi or anti-fascist then you are at the very least an enabler of vile, horror story people. And in the end, no one will care about the why. 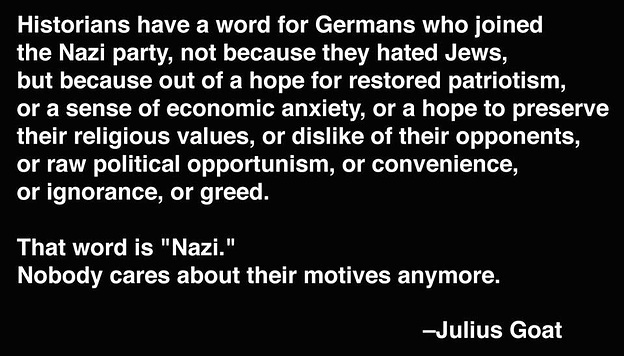 Sure, but it would have been more helpful had he done it a lot earlier.

His timing could have been better.

It’s the curse and the blessing of the internet, everyone can find like minded folk near them.

He also killed the person who killed Hitler.

He thinks that people are upset by which specific kind of Nazi he was idolizing? 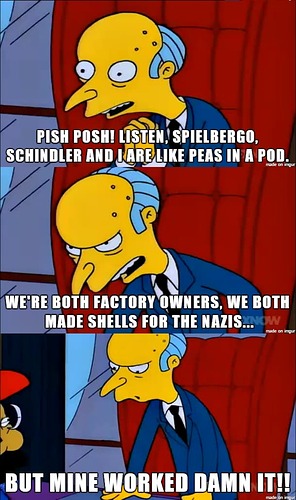