Meet the sons of an American defector to North Korea

Let us spare no expense in leaving Hong Sun Chol where he is.

I would strongly recommend the documentary about their father, Crossing the Line. A fascinating look at North Korea and just a well done film to boot.

There’s an interesting reveal toward the end of the movie where the American defector has to come to grips with his relative privilege in the DPRK due solely to his being an ex-American.

I can totally see the appeal: Having a valuable skill set/advantage set that
is very rare and valued by the regime in NK could easily be parleyed into excellent living conditions, hot and cold running interns and all the blow you can snort.

Same in the US, really.

Thought this might be interesting. From 2 years ago. Not about the same defector, but related

The soldier in the article below who defected to NK was married to an abducted teenage Japanese girl (presumably by force). 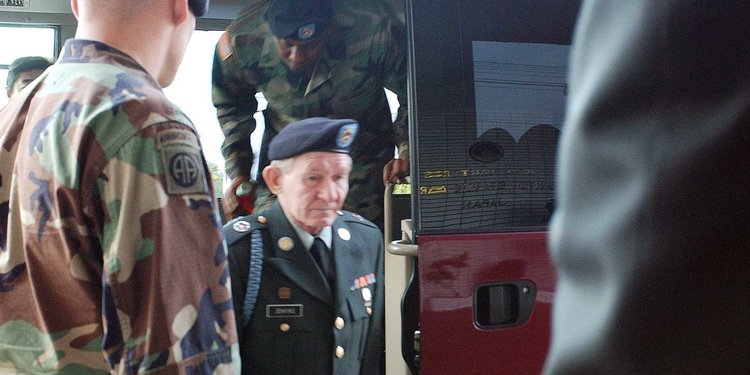 This 74-Year-Old Is The Only US Soldier To Defect To North Korea And Return To...

Charles Jenkins spent 40 years regretting his decision to defect to North Korea, but he fell in love with a woman there who became the key to his release.

The soldier in the article below who defected to NK was married to an abducted teenage Japanese girl (presumably by force).

There, the North Koreans forced the Americans to study the writings of North Korea’s then-dictator Kim Il-Sung eight hours per day for seven years, until they had memorized it all in Korean. The government used the Americans for propaganda fliers, forced them to portray evil Americans in movie productions, and made them teach English to soldiers and spies.

…well, other than the studying part it doesn’t sound so bad…

Jenkins' home lacked heat and properly functioning toilets. When the North Koreans discovered a U.S. Army tattoo on Jenkins’ arm, they cut it off with scissors and didn't use an anesthetic to dull the pain.

Ok, well America it is!

I’m sorry, how sharp did you say those scissors were again?

I don’t mind working in the entertainment industry and being the token American. A lot of actors do that in Japan and South Korea. In many cases they have to say their English dialogue in a stilted and unnatural way so the audiences can understand more easily.

But I need my functioning toilets, heat (especially when that cold Siberian wind hits in the winter) and near painless tattoo removal.