Yes, except when they’re burning buildings and beating up immigrants.

They are unimpressive and absurd. Nothing they say or do is meaningful in any sense. Every thinking person has left their turgid, decaying ideology in the dust long ago.
The attention they seek when they throw out their barbed comments and incite violence is in no way captivating or enthralling except to others who wish to display familiarity with those shibboleths of their clique.

Evil is banal and mundane.

I bet beaten up and suddenly homeless immigrants find them pretty impressive. You seem to be saying if everyone would just ignore them, they’ll go away. They seem a lot more insidious, durable and growing in numbers than that to me.

ZOMG!!! I finally get to use this gif!

You seem to be saying if everyone would just ignore them, they’ll go away.

I’m quite literally saying that we should recognise them as boring clowns. Doesn’t it go without saying that they need to be fought? There is nothing impressive about evil. It is the preserve of weak minded fools and their idiot contemporaries.

I think there is this idea that evil is in some way captivating, mysterious or even sexy. It is not. It deserves to be known for it’s true weakness and to be undermined as a philosophy. It is absurd.

There are 55 no-go zones in Sweden that not even the police will enter anymore, much less postal workers, fire trucks or ambulances. They just get attacked. There are grenade attacks against police in Malmo, now a turbulent city with a huge immigrant ghetto that, surprise, surprise, has made life a particular hell for the city’s Jewish population. There is a rape epidemic in Sweden that puts it almost on a par with South Africa, with the Muslim population at 5% but accounting for 77% of the sexual assaults.

Everywhere you look, multiculturalism has failed in Sweden, and it gets worse the more that Swedes bend over backwards to attempt to accommodate the newcomers. It would be surprising if there weren’t some sort of reaction by Swedes to try to save their culture and country. Multiculturalism is a great success in Canada, is doing quite well in the U.S., Australia and New Zealand, and is borderline working in the U.K., but there is no guarantee that every society on earth can make it work. At this point there doesn’t seem to be a better option for Sweden than to shut the gates for a generation to (hopefully) allow assimilation to take its course.

Well yes, but that seems obvious. And why simplify rising and frighteningly appealing anti-immigrant hatred into the unspecified mass of “evil”? It’s not a James Bond villain. Like all dangerous and abusive movements, this one IS impressive to some; it attracts adherents for specific reasons within a certain context. And those are definitely worth attending to and understanding. I’m glad a lot of good people are definitely not waving them away as mere “boring clowns.” 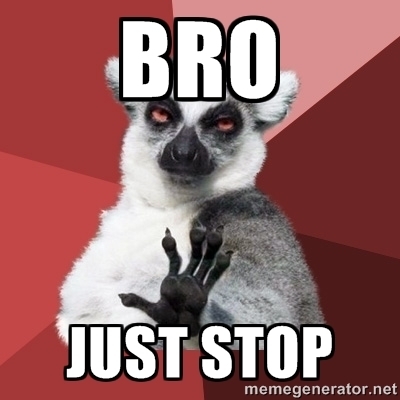 this one IS impressive to some

I don’t intend to wave them away. I do intend to denounce them for what they are. Nothing they say or do is of any merit. I understand that you feel I am not treating them with the gravity they deserve but I do think that they need to be fought and destroyed on every appreciable level. And one of those levels is to realise that their ideology is the preserve of those who are captivated by the mundanity of evil. Idiots.

Well, if you want to instead wave away a lot of otherwise ordinary people as “idiots,” that’s your prerogative, of course. And I’m glad to hear that you agree this fascist party needs to be fought. Trouble is, their ideology and their promulgation of it are not “banal.” It’s seductive to idiots, yes, but also to a lot of people who aren’t for whatever reasons seeing through it, but also aren’t idiots.

That’s the a weird part of life. Ben Carson can be an accomplished neurosurgeon in one compartment of his life and yet a babbling moron in others. Compartmentalisation is a sickness.

Personally, I think that even intelligent people can be idiotic. Something to do with focus and breadth of knowledge and empathy. They are lacking.

This is either fantastically idiotic, or a brilliant piss-take. Can’t decide which. Care to explain?

“AnglingSaxon” is either fantastically idiotic, or a brilliant piss-take. Can’t decide which. Care to explain?

Of course not. Must guard against the white man’s brainwashing, so it’s best not to engage. Not that I’m white myself, though of course you couldn’t know that I’m not, but there are white people in Sweden, and many of them are concerned about the problems that immigration are causing, so that must make them fascist or Nazis, or perhaps Eurocentric baddies. Must be a brainwashing conspiracy.

It’s a brilliant piss-take. Thought that might have been obvious.

On Anglo-Saxon, I guess? No, whatever you mean by it is not obvious to me. And the reference I’m getting so far to a common white supremacist term in US history is disturbing to me. Would you mind explaining what you mean by it? (Even though, I know, people hate explaining their jokes.)

Yes, a pun, vis-a-vis an Anglo-Saxon who likes fishing. Though I am not and do not. But you’ve got me stumped: what could my moniker possibly have to do with white supremacy in the US?