Melinda and Bill Gates to divorce

Note: said comment is not a denigration of actual service persons, only the corrupt system they are serving

I mean, they did choose to

B&M-G Foundation funnels “donations” into companies that b&m own… all that money comes right back to them.

The distraction from many Gates scandals is cushioned by yet another personal fluff; we would rather see investigative journalism pursuing real answers about real scandals

Yeah, this is fairly recent, so…

Bill Gates Gives to the Rich (Including Himself)

His renowned charitable activities seem to serve mainly private interests, namely his own.

Yes, fuck philantropy. Tax the super-rich out of existence (such that they become merely filthy rich). 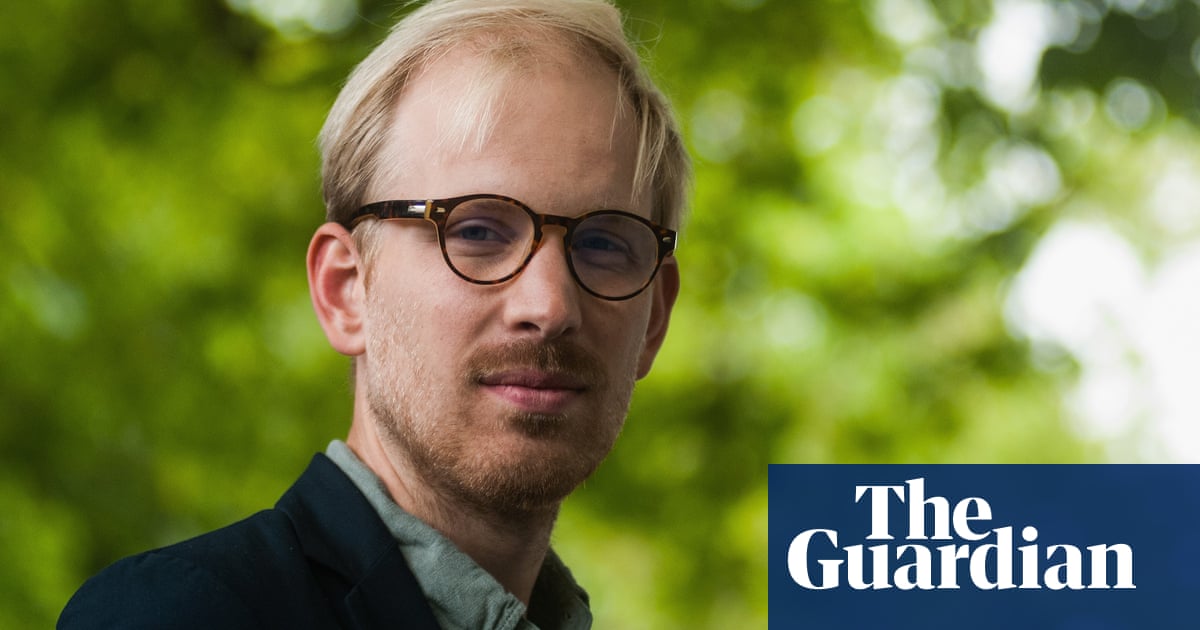 'This is about saving capitalism': the Dutch historian who savaged Davos elite

I know that guy from Tucker Carlsons show!

Or maybe it was previously on BB:

Tucker Carlson thought anti-elite historian would be an easy interview, but...

You may have seen the Dutch historian Rutger Bregman in a viral video last month, in which he appeared on a panel at the World Economic Forum in Davos and berated the attendees for their tax-evasio…

Exactly, I just ordered his book “Humankind: a hopeful history” (Book sources - Wikipedia) and am very much looking forward to reading it.

Sorry to hear this, Bill. How about starting your new life by waiving IP patents for vaccines to stop global vaccine apartheid? twitter.com/BillGates/stat…

OK, the Nation article is behind a paywall, and the other one doesn’t look reputable.

This is one of those charges that sounds horrible… until you think about it for more than a second or two, then you realize that it is absolutely stupid.

The Bill and Melinda Gates Foundation does charitable works by donating to other organizations and by paying companies to do the work to advance their causes. They often work with large companies. Large companies are almost always owned by wealthy people. (It’s really hard to own a large company and not be wealthy, after all.)

Outside of the possible scandal mentioned I’m skeptical of large, charitable giving. I think tax exemption makes things worse. My understanding is this isn’t common outside the US. First off, I do think it’s nice to see problems solved by putting money where your mouth is and having focus and funds put towards like eliminating malaria.

Just look at this story, for example, because two people got divorced everyone who relies on their charity now has to wonder if that money will go somewhere else. When the Sacklers fell out of favor now people don’t want their money. Because of the tax return exemption, that money would otherwise have at least 50% go to the government—Bill and Melinda are the only ones with names on that building. Charity is often used to polish up a problematic legacy.

There are countless stories of homeless shelters that are contingent on listening to someone proselytize before you can eat. There are almost always strings attached. Charity goes to the flashy things. My friends school was given a grant for a class set of iPads. The money would have been better used for countless other things like photocopies or books, but instead he got a white elephant he had to figure out how to integrate into his curriculum and class, acquire chargers and figure out how to manage, apps, and of course after only a few years we’re old and slow. I’m sure he could have declined it, but it did bring some positive value to his class.

There are lots of stories about Gates jumping into fields like education and “disrupting” things, then leaving when interest move elsewhere. This also come up with his involvement with public health. This might just be sour grapes from people who didn’t get their way, but Gates got his way because he came in with money. There was no consensus.

To come back to your questions, these people have an embarrassing amount of money. They pledge to give it all away and it has more than doubled in a decade. Even when working full time, Bill and Melinda can’t give it away fast enough. Sure, they could have spent that money on a puppy kicking machine instead of charity, but the things they’re investing in we generally want the government to do where they’re more publicly scrutinized.

Charity goes to the flashy things.

Poor sanitation kills half a million children under the age of five annually and costs $200 billion a year in healthcare costs and lost income worldwide.

Look, I share your skepticism with the mission and practices of many charitable organizations, but it seems like The B&MGF seems to be a pretty good outlet for Gates to do something good with his obscene amount of wealth. I wish more billionaires would try to solve Big Important Problems with their money rather than simply accumulate it because they can.

Bill Gates had a problematic legacy in 2000 and things like that have done a lot to clean it up. In practice, he does seem to be better than most. He was criticized in the 90s for not donating much to charity. He said this was because he wanted to be thoughtful about giving instead of just writing a check and seems to have made good on that. A vast majority of individual charitable giving is for vanity projects and because there are counter examples it doesn’t offer much.

Like the posts further above, my main grievance is that they accumulated and are hoarding so much. I’m pretty confident that Bill Gates has fought that his charitable giving is preferable to addressing wealth accumulation. Donating helps distract from this. The other part that annoys me is a reliance on charity to solve problems. I have family that believes the government shouldn’t do these things and we should rely solely on charitable organizations, community, and churches.

Take St Jude, for example. They seem to be a fantastic charity and do amazing work. If my kid got cancer we have to fight a) paying for treatment and b) the scheduling appointments and managing symptoms. Because of St Jude, a) just goes away and that’s a huge deal. In many other countries a) is dealt with by the government and I don’t have to decide how much each year to write a check for and they don’t have to run ads for mail out fliers to fund raise.

I’m not mad at Bill Gates for giving away money. Like I said, he could be doing other things with his time and money. I’m just skeptical about the current system.

Because of the tax return exemption, that money would otherwise have at least 50% go to the government—Bill and Melinda are the only ones with names on that building.

There seems to be quite a lot of confusion regarding how the tax exemption works when giving money away to charity.

First off, I am not a tax expert, I am certainly not your tax expert, and I am definately not Bill Gate’s tax expert. I have no insider information on the Gate’s wealth or tax strategies. Do not use this information for filing a tax return; consult a licensed tax expert.

That’s how it works for us.

But it gets even worse. You see, there’s something called a Capital Gains tax. When you hold a stock for more than a year, you get to pay the Capital Gains tax on the difference between what you paid for the stock and what you sold the stock for. For instance, if the stock is currently worth $300, and you paid $25 for it two years ago, if you sold it (you only pay taxes when you realize your gains - in other words, when you have money in hand) you would pay taxes on $275 a share.

(As an aside, this is why CEOs are often paid in stock options. They exercise the option to buy the stock at a reduced price, they hold it for a year, then they sell the stock at the market (hopefully higher) price. This means that they only pay 20% of the difference between the sale price and the price they paid, instead of the 37% that a normal income transaction would have cost.)

This means that in order to not crash Microsoft’s stock price and potentially destroy the company, he has to limit how much stock he can sell during a year, and with the way the stock price has been raising, he has fewer shares at the end of the year but more value in terms of money.

So this means that the government is missing out on at most $200 in tax revenue for every $1,000 that the Gates give to charity.

There is a conception that you can get rich through charity. I have heard so many people express that people save more than they give; which is not the case at all. You always give more money to charity than you save in reduced tax bills.

Yes, giving away money can increase your tax return. But the tax return isn’t the government giving you money, it’s the government returning money that you’ve given them that you don’t owe them. If you pay the government $20K in taxes during the year through payroll deductions and only owe $16,600 (from the example above) instead of the $17,000 that you would have owed them, yes! You get a bigger tax return! (But they are literally just giving you your own money back. They didn’t take as much of your money. They didn’t give you any more money.)

There are various scams with non-profit institutions that you can use to scam the government out of their tax income. (See Trump, Donald J.) Churches are really bad at this too. But I haven’t heard any credible reports of the Gates foundation doing these things.

(Also, the Gates foundation is still heavily investing in STEM education in third world countries, including the USA. It’s just not “sexy” anymore, so no one talks about it much anymore. They are also spending a lot of money on malaria and cholera vaccines, nets, water sanitation, and all that other stuff.

Yes, Bill Gates has stated that he wants to slow population growth to more sustainable rates; what people don’t realize is you do this by saving individual people and eliminating diseases and poverty. When you can be fairly sure that your children will survive until you die, you have fewer children; when you are afraid that you are going to bury half to two thirds of your children, you have more. To decrease the population expansion you decrease personal mortality rates, saving lives in the process.)

TL/DR: The tax exception for charitable giving is that you don’t pay taxes on the money that you give to charity. You have to give the charity more (much, much more) than your tax savings. If you give a charity $1,000, you save the taxes you would have paid on that $1,000 (which is much less than $1,000), not the thousand bucks.