Just saying as long as they’re at it… 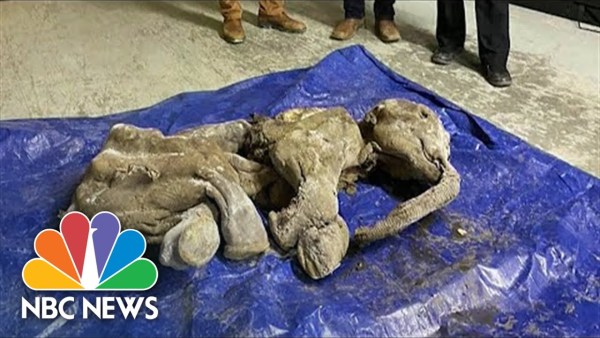 Via Yukon.ca: On June 21, 2022, a near complete, mummified baby woolly mammoth was found in the Klondike gold fields within Trʼondëk Hwëchʼin Traditional Territory. Miners working on Eureka Creek u…

So life begins at the moment of cloning?? It’s obviously not conception in this case…

If life began at the moment of fertilization then what the heck are we supposed to make of identical twins? Do evangelicals think I am half of a human being?

Not to mention the supernatural aspect to it regarding the soul. Are souls like starfish? If a soul gets cut in half, does that result in two souls?? Do identical twins each get a fraction of a soul?

If you can split a soul can you you steal a soul? It would explain abunch of people…

Are souls like starfish? If a soul gets cut in half, does that result in two souls?? Do identical twins each get a fraction of a soul?

The term chimera has been borrowed from Greek mythology and has a long history of use in biology and genetics. A chimera is an organism whose cells ar…

So life begins at the moment of cloning?

PROOF: not mentioned in 14th amendment

Also, even in endangered species where only males survive, this technology can be used to create females to revive the species.

Am I missing a trick here? If the technique involves transferring the freeze dried material into fresh eggs won’t that be a bit hard to pull off for a species with no female survivors?

Is the transfer thorough enough that they are just borrowing a cell membrane(and so one could presumably get away with using a not too distantly related egg instead); or are they proposing complete loss of the species’ mitochondrial DNA as good enough to count as revival so long as the nuclear DNA is retained?

Identical twins seem like perfect candidates for the theological equivalent of a shady corporate divestiture:

Just as you can carefully shunt the assets to the spin-off that is intended to survive, and the pension obligations to the one engineered to die, for massive shareholder value; you should be able to ensure that all the original sin is allocated to the half of the zygotic split that doesn’t get the soul, so nobody actually gets damned in the resulting moral bankruptcy, while the ensouled half gets a clean balance sheet without needing to resort to grace.

(And, even if it doesn’t work, surely the comedy of being responsible for getting McKinsey slapped onto the Index Librorum Prohibitorum for heretical consulting is worth something?)

I’d be happier if they could create freeze dried skin cells out of mice.

While I’m always for a critique of the absurdities of modern capitalism, putting it into a metaphor where either brainspore or otherbrother are “engineered to die” seems a bit callous

Yeah, he’d better not die. I haven’t even harvested my backup (and 100% compatible) organs from him yet.

I apologize; looking at it in retrospect I think I was pushing an analogy that seemed funnier in my head too far.

In terms of intention; the desired construction had both twins living normally; but with the non-souled one being at no risk of damnation, for want of a soul to damn, to being sacrificial for afterlife purposes just as the deliberately-weak spinoff is sacrificial for bankruptcy purposes because it has no real assets to be imperiled.

Given that you mentioned it I suspect that my intentions fall flat; so I can only apologize and note that I bear Brainspore no ill-will and did not intend the joke to involve anyone being sacrificial except in a theological sense in the afterlife; not in actual human lifetimes.

Sorry about this; and I appreciate you calling me on it.