I hated the design when it was released; needlessly uber-nationalistic.

In an email to The Post, the hacker writes, “The leaked files show the security level of our government. If terrorists hack emails of White House Office staff and get such sensitive information we will see the fall of our country.”

I think someone’s a mite optimistic about what they can achieve. 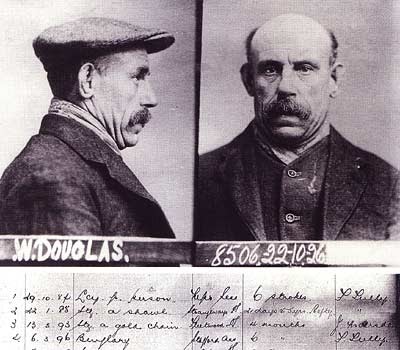 My recent business with passports has gotten me thinking more closely about them, specifically about the central ingredient: the photograp...

It’s like they were given a design brief saying:

Cram as much American symbolism into two pages as you possibly can, and still have the text legible. Oh, and use as much red/white/blue/gold as you can get away with.

Not that that’s a bad thing.

Came out in 2009. Thanks, Obama. He is trying to divert attention from destroying America! Well, it takes more than a flag wrapped eagle to fool me![quote=“Purplecat, post:24, topic:85969”]
Oh, and use as much red/white/blue/gold as you can get away with.
[/quote]

“Wait, we’re the government, we can do what ever we want. Mwhahha.”

The design is still tacky regardless to when it came out.

I hated the design when it was released; needlessly uber-nationalistic.

In fairness it’s arguably the one and only document most people will ever own that IS inextricably linked to their nationality. I mostly just wish they’d branch out beyond all the colonial-era stuff more. Between our passports and our currency you’d think that hardly anything noteworthy happened here since Lincoln took office.

Bad design is bad, regardless to the motive.

Between our passports and our currency you’d think that hardly anything noteworthy happened here since Lincoln took office.

I’m sure that’s not unintentional.

Well that just sounds like sour grapes because we knocked you out of the World Cup of Hockey this week. Woooooooo.

Chugs a Labatt’s and rides off on a moose

Really? I used to take passport photos. And I wasn’t aware of any formal smiling restriction. Its just considered best practice not to for any ID photo. And nothing about taking glasses off . In fact when I renewed last year I was told I had to wear the glasses in the photo, if I wore them constantly. By the post office guy, not the photog.

They told me I could wear my glasses!

Maybe its a change for facial recognition software not all of those guys are familiar with? But then I’m pretty sure our specs would see our application rejected. Either way both my current and expired passports have specs in em.

Just out of interest, does anyone know what Melania Trump’s views on blackface are?

In fact when I renewed last year I was told I had to wear the glasses in the photo, if I wore them constantly. By the post office guy, not the photog.

Yeah, it’s really weird, it must have just been my photographer. They had me do the same thing when I got my driver’s license photo a few years back, even though I told them I wear glasses constantly. Hopefully when I get my new license and passport (both expire next year) I’ll fix the issue.

Is it just me or does the US administration seem to be gearing up for some serious anti-Russian rhetoric?
John Kerry was only just yesterday blaming the attack on an aid convoy on a Russian airstike, wilfully ignoring the reports of a howitzer being towed alongside, and dismissing Russia’s findings of a US predator drone in the vicinity at the time as nonsense.
And that’s just a few days after the US violated the ceasefire by attacking Syrian forces, killing dozens and allowing ISIS to overrun the base.

I have no doubt they have no idea yet who hacked and leaked the passport, so until you do, dear US government; can you please stop making shit up in the absence of any evidence for fucks sake. It’s not the cold war anymore. The world is getting sick and fucking tired of your lies.

Taken with a neutral facial expression or a natural smile, with both eyes open

Eye glasses may be worn, but there must not be any glare.

No headphones or wireless hands-free devices.

Can confirm. My shoulders are outside the box on my passport. My hair isn’t as cute as hers, though.

Oh yeah, having worked in a photo lab. And been tasked with taking passport photos most of those guys don’t known much about passports. Or even have one themselves. You get a little style guide from corporate, and some one shoves it in a drawer. Noone reads it (except me). Most of the time you basically snap multiple photos. See which one fits the template in the software. Print it over sized. Then punch a few out with a regulation size cutter. That’s why they give you multiples. In case one gets rejected. If there’s a problem you just re-do it. It costs less than a quarter and 5 minutes to do.

Stores without experienced photographers on hand (mine was a high end chain photo lab, and pro-grade retailer) actually use backdrops and floor markings for the staff to follow so there’s less room to fuck up.

My shoulder goes past the white background on my passport photo too. And it’s actually one of the previous versions, so that part of the new design has been around for a little while @Mister44.

Also, interesting to learn that the World Cup of Hockey was this week.

In fact when I renewed last year I was told I had to wear the glasses in the photo, if I wore them constantly

Passports are good for 10 years. I doubt you will still have the same glasses as you did when the photo was taken. I can see it now, Hey! that’s not you, the guy in the picture has different glasses, and significantly more hair (in my case), you must be one of them there terrorists.