Also. Ooooh. Me likey. Their Lumia 950s can die in a fire though.

Oooh a seperate gpu even. Tempting.

Since this can separate and be a tablet…

Isn’t this just a Surface with a better keyboard/hinge combo minus the stylus?

Is this for people who say “I wish the surface had a better keyboard”?

It has a stylus. Big difference is in the 'Book the discreet GPU lives in the keyboard portion.

Note: $1499 does not include the dedicated graphics card. Still pretty excited for this.

The Microsoft Surface collection: From the Surface Laptop to Surface Pro Tablets, Surface Book and Surface Studio, innovative technology for a world of design possibilities.

Edit: unfortunate that only the top of the line model includes 16 gig ram

This makes it even worse! The surface Pro 4 has a discrete GPU option and doesn’t need the dedicated keyboard (other than the standard ones the surface utilizes) for the graphics power.

Now this is the device for people who wanted a better keyboard and slower performance in tablet mode.

I believe the Surface Pro 4 has integrated (Intel) graphics -

From the Msoft site, which is getting hammered-

Does it run Linux?

A real shame it’s riddled with spyware right out of the box.

That was kinda what they were going for when they co-designed the HP Spectre x360 (which I got from \Build).

Tablet mode is great, except for the fact that the keyboard is exposed on the back side. I think this computer fixes this issue?

Looks like we are both correct. The highest models will have a discrete GPU in the form of the new Intel SOC CPU/Graphics combo. Called Iris or something similar.

It’s said to have twice the power of the previous graphics of the Surface.

It’s a full PC, so yes…if you read how to install on PCs with the UEFI boot thing. 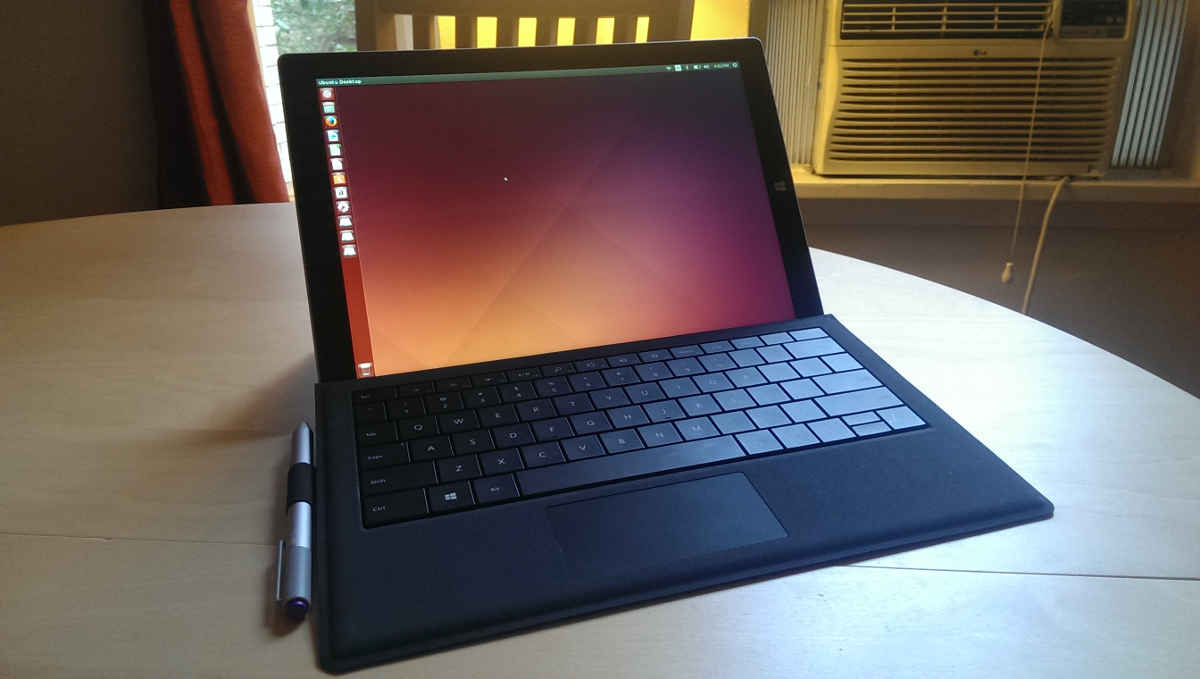 A step-by-step guide to setting up Ubuntu on the Surface Pro 3. Learn how to dual-boot between Windows and Linux on your tablet.

Intel's integrated graphics have taken plenty of heat over the years, and most of it deserved. But the climb to respectability that started back with Sandy Bridge is about to get a turboboost. Meet Iris, the biggest generation jump in Intel's...

Yes, but micro$oft seems to be particularly pernicious at the moment. Though have a gander at avg’s new privacy policy http://www.avg.com/gb-en/privacy-new

You know every time you use this cutsey neologism from 1998 or so, your perceived IQ drops about 10 points?

Evil Empire Microsoft hasn’t had the power of either Apple or Google for at least a decade now.

Evil Empire Microsoft hasn’t had the power of either Apple or Google for at least a decade now.

When did you leave?

When did you leave?