Minneapolis police have allegedly blinded a photojournalist permanently in one eye

I posted this some days ago, under the “Teen Vogue” topic and I still wonder if the police was “in their rights” to do that.

Was standing in your patio, filming the police, considered to be illegal and/or threatening in Minneapolis at the moment of filming?

TBC, this would not make it “right”, and it would still outrage me. But I am seriously at a loss here, my question is of genuine puzzlement.

If you see the police, start recording boing

Police and National Guard patrolling neighborhood and shooting civilians on their own property. [Minneapolis] Well, they did not loudly say “officer, I am going inside”, so they are to blame, right? I mean, it is definitely their fault. Living on a street where this happens, what are they thinking? Disclaimer: I have no idea what happened before, and what the current rules and regulations are. But frankly, I don’t give a fuck.

reportedly after curfew. However, curfew restrictions only apply to public areas, according to the city’s own order.

That seems to answer my question. Thanks, @docosc.

Is there no word or phase which means “people who are not police”?

hey now. i deserve law and order too. ( actually, i deserve nothing. and, really, unless we’re talking svu, i’m not that hot on law and order anyway. much prefer star trek or superheroes especially if im looking for popcorn shows, which is about all i can take these days… oh wait. that law and order. )

Is there no word or phase which means “people who are not police”?

i don’t think so. probably for the reason that it’s just not that special of a category of job. there isn’t a word for not an engineer, or not a construction worker either.

i think, failing to have one is why cops use “civilian” for non-cop, but it leads to that idea of a “thin blue line” that doesn’t have a valid place in society. no one should be above, or outside the law.

i don’t know. i guess i prefer “people.” if maybe that leads to “othering” the police maybe that’s okay right now. it’s really not individual cops - bad apples - that’s the core problem. it’s the role itself and all the power and protections real and imagined we have given to that role that’s the problem.

( edit: apologies for the core/apple pun. inadvertent, i swear. )

i think, failing to have one is why cops use “civilian” for non-cop,

That term has been bastardized in a lot of fields. In medicine we often refer to non-medical types as “civilians” even though we are very much aware that we are not any sort of military. Civilian actually does have a specific meaning, as in non-military, but it has also become jargon for non-(whatever field the speaker is in) as well.

Civilian actually does have a specific meaning, as in non-military, but it has also become jargon for non-(whatever field the speaker is in) as well

i wonder a bit i guess if that reflects the militarization of our society. like, regardless of what people think about war, many people (americans) consider becoming a solider honorable.

see also: a war on drugs, the war on crime, doctors and nurses on the front lines, “fighting a battle” against cancer or coronavirus.

the battle or war against illness always gives me pause. it seems an odd sort of victim blaming. if you don’t survive cancer, it’s because you lost the battle, which implies you failed or did something wrong.

a lot of people use “customer” at work ( retail ) and even that strikes me as off sometimes ( consumer though. that’s the worst. ) i try to use “people” or “person” as much as i can. shopper or customer isn’t a defining characteristic.

i dunno. we’re all customers at some point, or patients, i guess.

There is also a corporate jargon creep going on. Off and on we are told to refer to patients as “clients,” which feels wrong on several levels to me. I am old and senior enough to be able to buck that shit with (mostly) impunity, but some younger docs buy into it. Just does not feel right.

There is also a corporate jargon creep going on. Off and on we are told to refer to patients as “clients,” which feels wrong on several levels to me.

Agreed; I have similar experiences and feelings.

I worked for Pearson Education (“The world’s learning company”) for a while, several years ago.

The students are not “students”. That word is banned.

“Learners” is the approved term.

As in the phrase “Our learners never speak in mealy-mouthed euphemisms.” 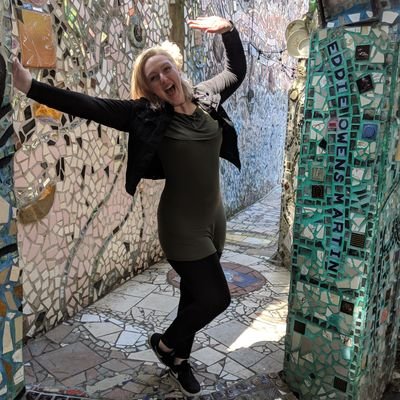 @hella_saurus
@KillerMartinis saw this and made me think of your predicament. Traveling to LA is a big deal, but could be worth it for you. Just wanted to bring this to your awareness in case it hasn't been already https://t.co/O4khlRIi0V 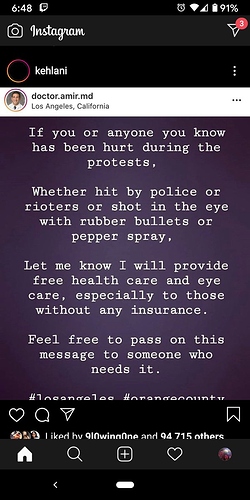 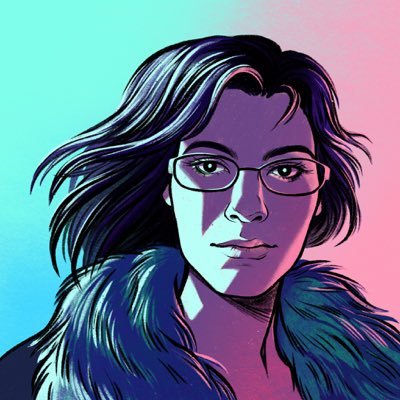 @KillerMartinis
If anyone has permanent injuries and no insurance I’d be down to cover travel for as many people as I can to get them to this doc, idk how much I can manage but I’ll go until I can’t anymore, my dm is open twitter.com/hella_saurus/s…

@KillerMartinis saw this and made me think of your predicament. Traveling to LA is a big deal, but could be worth it for you. Just wanted to bring this to your awareness in case it hasn't been already https://t.co/O4khlRIi0V

Not just talking, doing. Like this: Or this: Or this: Serve the people. If they wanted to, the Dems could establish a free health clinic in every city in the country.

Excellent point; we need to start tagging all these people with the challenge to put their money where their mouths are.

‘Solidarity’ my ass; shove and prove.

Civilian actually does have a specific meaning, as in non-military, but it has also become jargon for non-(whatever field the speaker is in) as well.

Never once have I heard non-archaeologists referred to as “civilians”. We do, however, say “lay people” sometimes, which has of course undergone a similar semantic shift from “not clergy”. I would have thought medicine – also being an academic field – would use that over the martial “civilian”. I would be interested to hear whether medical professionals outside the US use “civilian” as well. It might well be cultural, with military worship being more prominent in the US and thus being associated with a culture that sees itself as “non-civilian” being more desirable.

No apologies needed, USAian to the core. Cannot speak to archeology specifically, but my dad was a college professor, in music no less, and often referred to those outside of academe as “civilians” even as far back as the '70s. Might be a uniquely American phenomenon, but it seems to be fairly widespread here.

Yeah, for a music prof to use that terminology sounds profoundly alien to me. I’m willing to bet it’s a US-only mode of usage.