Most Republican voters were Trumpists before Trump, and most of the rest have converted since 2016

Exactly, it’s never-ending. Which is why I vote for secession, even though it’ll never happen. The whole “united” bit was a nice idea but it’s never been an accurate description. We should allow states to secede and form unions, let cities and towns declare independence. We’re all adults…why keep fighting this endless back-and-forth battle of wills?

Check the state-by-state percentages of voters in presidential elections for the past several decades, and you’ll see that there are no states where the differential between D and R voters are greater than 70-30 either way. DC is the only area where that is not true (90-ish% D). There are only a handful of states where the difference is even as high as 60-40, and those states are disparate and blended geographically. Secession is a nightmare, socially, geographically, and economically, and would leave political minorities stranded in a “country” controlled by their likely oppressors.

That’s why it’s so amusing to see the sudden pearl-clutching over Trump by people like David Brooks.

Not so cultured as pearls, I think.

Part of it is that most super-rich people are unproductive, generally. It’s in their nature. Status quo is where it’s at, baby! It’s the semi-rich-with-a-chance-to-get-filthy-rich type people that are really scary b/c they’re motivated.

It’s currently April 2019. The first Democratic primaries start in February 2020, eight months from now. The actual election itself is on November 3rd 2020, a year and a half from now.

It’s still way too early to do more than guess wildly about things.

The Florida GOP is doing their best to not actually carry out restoring those voting rights: 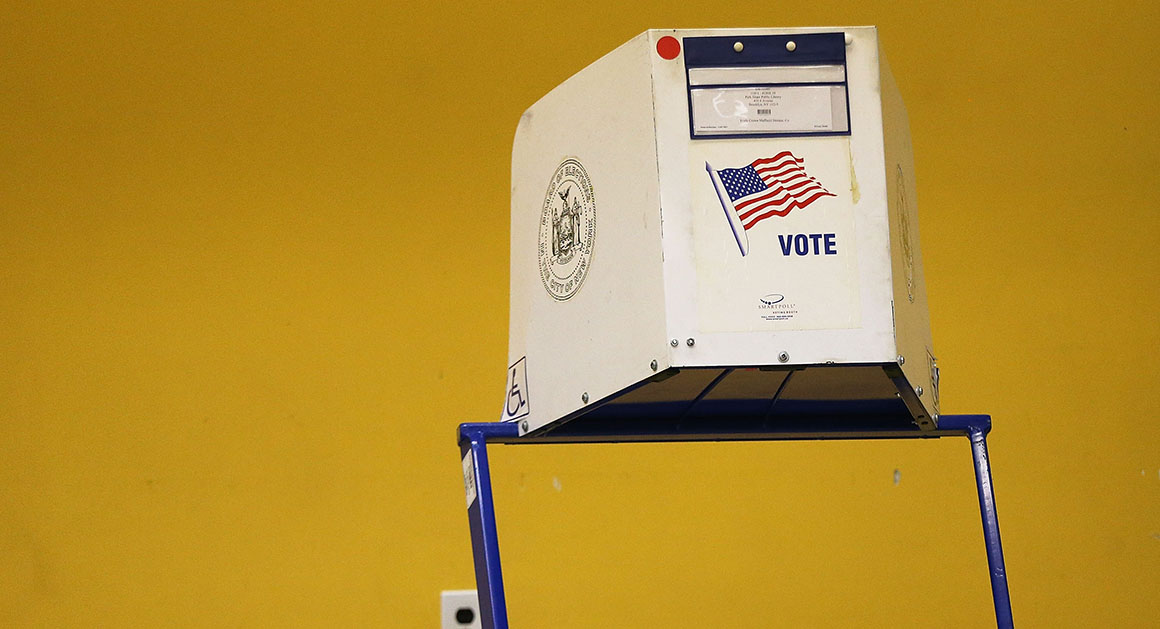 At stake are the voting rights of more than a million Floridians — and possibly the U.S. presidency.

Jack wads. At a minimum I would anticipate that they drag their feet on implementation until after 2020.

We already fought a war over that shit. It will fix exactly nothing, because there is no solid blue or red area. None. The only road forward is doing the hard work of bringing the government back in line with democratic norms that both parties and corporate run mass media had a hand in eroding over the past few decades. You’re right that we’re all adults, which means US doing the hard work instead of expecting some magic bullet solution.

Secession is a nightmare, socially, geographically, and economically, and would leave political minorities stranded in a “country” controlled by their likely oppressors.

Party of the sociopathic wing of our leadership class. Just is willing to say anything to get votes. Certainly, their policies and initiatives help only one of the bases.

Regardless, you’re not going to have Clinton’s emails, the media’s obsession with same and Cowardly Comey in 2020. The independents have learned that Donnie is not a source of possible hope and voting for him to flip the bird at the establishment was pretty stupid.

Once they can focus on a specific target, Republican oppositiion researchers are going to come up with something. It’s not like digging up shady shit about Joe Biden would be hard. Whatever it is, it will be all over Fox News 24/7 next year.

Comey’s gone, but William Barr is Attorney General, and an exact repetition of the October Surprise is hardly impossible. That kind of thing is exactly why he was selected.

How does he get reelected?

We should allow states to secede and form unions, let cities and towns declare independence.

I can’t tell if you’re being serious or not but obviously that’s not a workable solution. No city in the United States is capable of being self-sufficient. We’re all inexorably interdependent on issues ranging from trade to transport to water rights to collective defense.

why keep fighting this endless back-and-forth battle of wills?

Because the alternative is an unimaginably complex Balkanization that would harm us all, and leave millions of vulnerable people at the whim of the worst elements the seceding folks are trying to avoid.

Progress is hard, yo.

How does he get reelected?

He’s enormously popular with a hell of a lot of people that come out to vote, and a lot of those people live in states that can push him over the top in the EC. I think we fool ourselves somewhat to believe that 2016 was some black swan fluke that would need sixteen unlikely events to repeat themselves, rather than that the 2016 election told us something pretty fundamental about our country.

I think we fool ourselves somewhat to believe that 2016 was some black swan fluke that would need sixteen unlikely events to repeat themselves, rather than that the 2016 election told us something pretty fundamental about our country.

This is the country we live in. Obama scared the bejeezus out of a lot of people and they will be voting the bigot ticket for decades to come.

So, again, given all that: How does he get reelected? I know the media fantasies, but really, how does he do it?

Last time, he won because he leveraged xenophobia against Obama and new Americans, misogyny against Clinton, a nihilistic “anything’s better than this” attitude, the willingness of republicans to vote for their candidate no matter what, and rounded it off with a knack at getting as much news coverage as possible by saying controversial things.

He wins again by doing exactly the same things.
The media still give him a free megaphone whenever he wants.Republican voters are still behind him because they got their supreme court picks, and fox news says so. All that needs to happen now is for the Democrats to oblige him by nominating another “safe” centrist neoliberal who will has pre-emptively given up on giving people anything to hope for.- who won’t inspire legions of activists , who won’t give non-voters the belief that change is possible, and who won’t offer anything other than “not being Trump”. If they really want to help him, they’ll finish it off by adopting a veneer of performative wokeness, that will enable the tiny fingered orange to play the entire campaign on his own turf of embittered exclusionary white identity.

The GOP has been heading there for decades.
They are now a fascist party dedicated to racism.

Fox isn’t going to help Donnie anywhere as much as the Times (and corporate media echoers of whatever the Times publishes) and Clinton’s emails.

None of these, at best, match Donnie’s tailwinds in 2016 where he was outvoted by ~3m votes and won through a fluke. As for GOP control, two of the three states in 23016 are now under Democrat control.

Reminds me of the graffiti I saw in the 70s:

Don’t change Dicks in the middle of a screw,