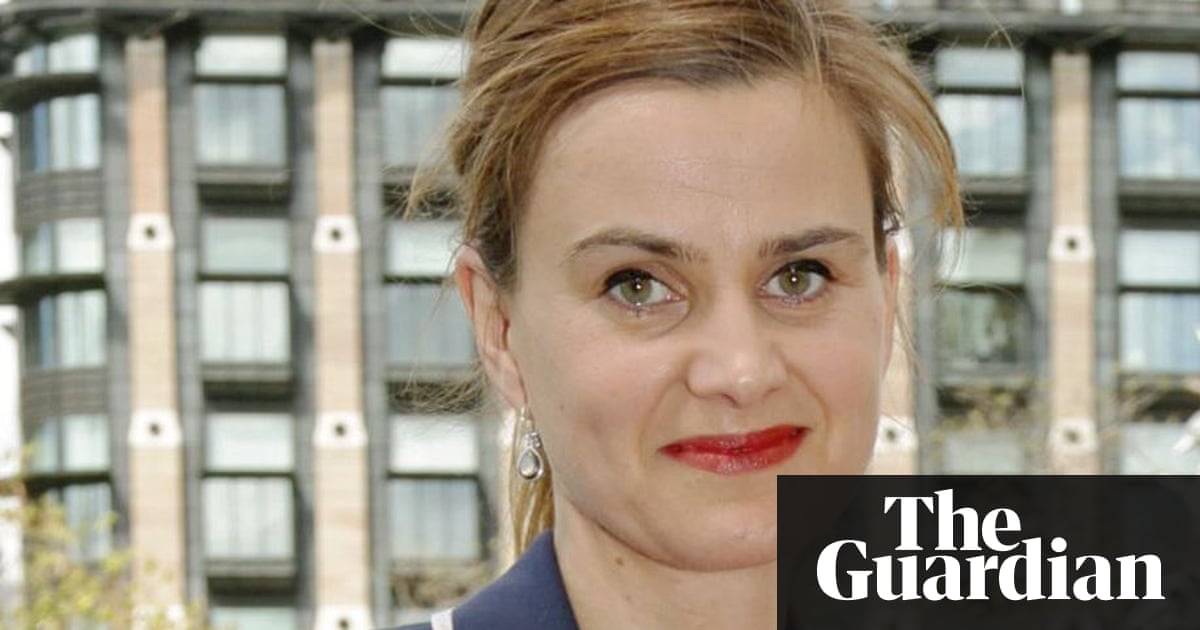 Labour MP Jo Cox dies after being shot and stabbed

Fifty-two-year-old man arrested after incident in Birstall, near Dewsbury, in which a second person is also hurt

Surprised there hasn’t been a thread about it yet. Doesn’t sound good. She’s in critical condition apparently.

No reports of what the motive was - but I notice that all EU referendum campaigning has been suspended for the day.

Graeme Howard, 38, who lives in nearby Bond Street, told the Guardian he heard the man shout “Britain First” before the shooting and during the arrest.

OK, stupid folk (not that the stupid folk I’m concerned with are ever going to read this), let me put this in small words:

If you’re fighting someone with a gun, by all means, use a gun.

If you’re at war, and enemy forces are using artillery, by all means, use artillery.

If someone’s weapon of choice is words, then using anything more deadly than words to fight them is evil.

Holy crap, can the world just collectively take a mental health day or something? I’ll make tea and scones.

Surreal. Horrible. And if it really was down to someone being upset enough about a pro-refugee, pro-EU MP to kill them, just totally incomprehensible to me.

First murder (assassination?) of a British MP (Ian Gow, by the IRA) since 1990, apparently.

Someone at Libcom is saying that the killers name was mentioned in old copies of Searchlight (the British Anti-Fascist magazine).

I had a bird shit something on my car today that was worth more than the perpetrator.

I haven’t been following the news very carefully on the Brexit, but my understanding is that it’s largely anti-immigrant fuckheads behind the effort, and that any Brexit would result in the renegotiation of a billion different trade agreements and bring things to a grinding halt economically. That it would be worse for Britain than it is for the EU.

Anyone want to correct my misconceptions, or is that a roughly decent summary?

I know that part of the country fairly well, and tensions have been high there for some time; many in the areas surrounding Leeds have still not come to terms with the immigrant communities in Bradford et al, even decades after the main wave of immigration. Some years back I was at a car show in Wakefield, enjoying the company of some enthusiasts I’d just met, but at some point the conversation turned away from cars and towards immigration, and it became distressingly racist and ugly with shocking speed.

I’ve heard nothing but good things about Jo Cox, who was part of a wave of young, dedicated change agents in the party. She was also from the area. This is a major tragedy.

That and, according to HSBC analysts, a Brexit could weaken the pound against the dollar by as much as twenty percent. The current exchange rate is ~$1.38. A twenty percent hit on the pound would bring that rate down to $1.10. That’s a helluva drop.

On the plus side, this would reduce the costs for my orders of Cadbury Dairy Milk bars, Twiglets, and Marmite XO. 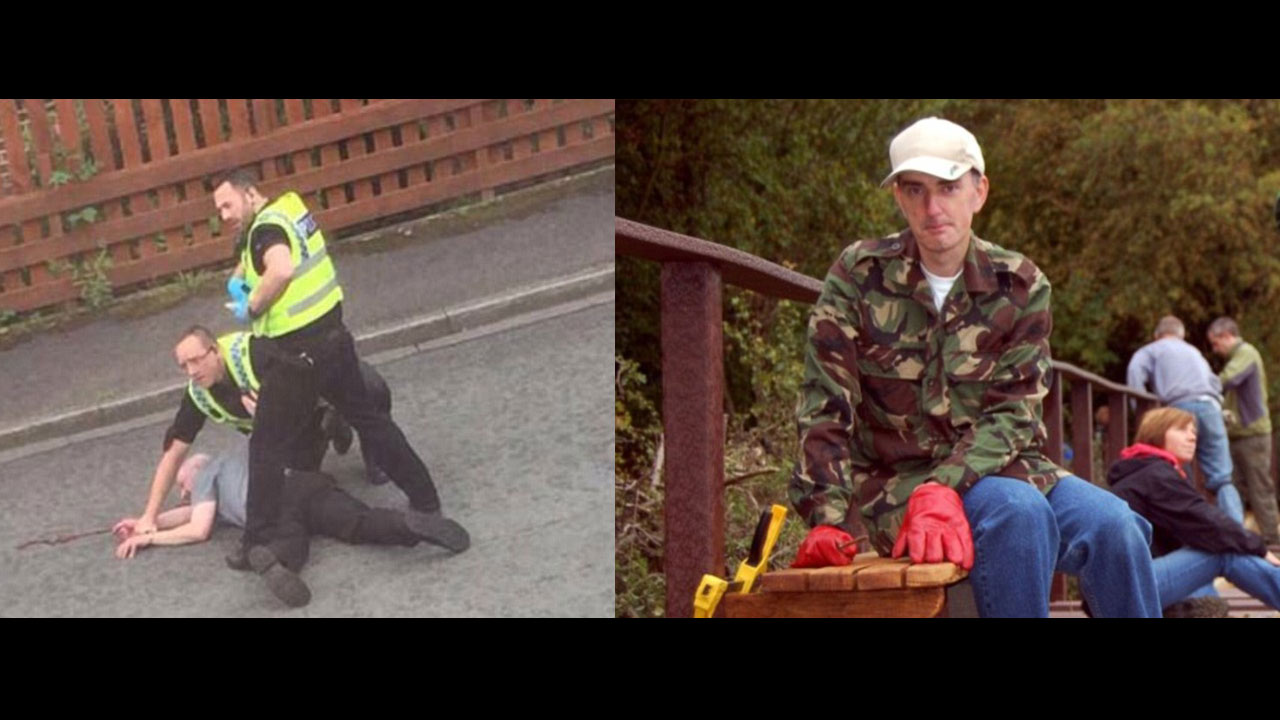 Alleged killer of British MP was a longtime supporter of the neo-Nazi National...

Pretty much, yeah. And a bunch of second-rate chucklefucks who want to float to the top of the scum layer in the Tory party. Oh, and it’s yet another reason I’m begging the Great Old Ones for Rupert Murdoch’s painful demise. He needs to go, already.

PLEASE, people, let's not POLITICISE the political assassination of a politician over a political issue by a gunman who opposed her politics
11 Likes
Mindysan33 17 June 2016 16:08 #16

And I’m gonna guess that if the British economy takes a major hit over this, the right wing isolationist will continue to blame immigrants already in the country?

the right wing isolationist will continue to blame immigrants already in the country?

Ideologues never implicate their own beliefs when evaluating an adverse outcome. They often do, however, implicate any perceived opposing beliefs.

So, yes: the pound could weaken 30% against the dollar post-Brexit and the Leavers would somehow find a way to attribute this dive to anything but their irrational views which, in their minds, made leaving the EU seem like a good decision. Some of them would probably even spin it as mere ‘recalibration’ and, in the long view, a ‘net win’ for the UK. These are the people who take mere irrationality to delusional heights. This subset probably also has a higher voter turnout than the general population.

The whole referendum is also a futile attempt to call a halt to the 25 year civil war about Europe in the Tory party. On one side you have the corporatist faction who are pro Europe because big business and large landowners are in favour of access to a huge market and cheap labour. On the other, you have the traditional reactionary pro empire faction who are virulently anti Europe. They’re the ones who fade into Ukip at the far end, and they’ve been trying to get their own way ever since Maastricht.

So next week, we might see a huge constitutional upheaval because Dodgy Dave tried to please both these factions at once.

And on the subject of this hideous murder:
This absolutely is terrorism, and it’s very similar to the attack in Orlando. In both cases people are misled by the lack of a direct link to or membership in a terrorist group, but this isn’t 20thcentury political violence. This is terrorism by brand name.

The narrative is familiar. Someone has been radicalised over the internet. A hate filled ideology has inspired someone to violence, and they act on this hatred, pledging themselves to some pre-existing group. It’s terrorism by franchise, with no central authority or leader to target, exactly how al-quaida grew around the world.

But of course, this horrible little criminal didn’t need to look too far to find his hatred. The worst of the London press have been hyping up hatred against foreigners and the other on a daily basis, since at least 2001. This has normalised and promoted the same hatred that they’re now reacting to with faux outrage, because someone has followed through with it.