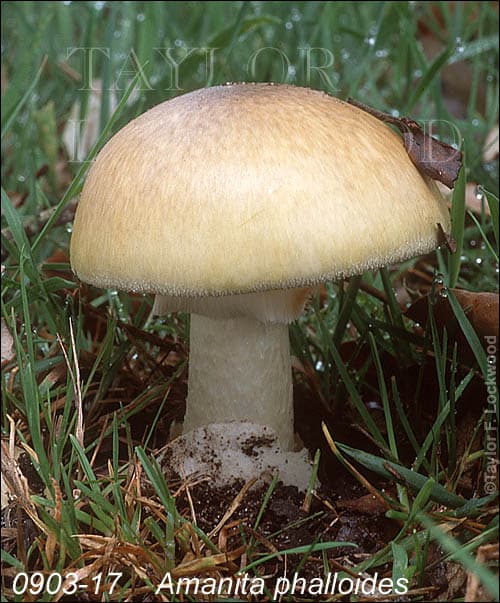 Hey, every mushroom and toadstool is edible.

Though only the once.

Fun with Fungus, a real classic.

Which ones have no lookalikes? Because it seems to me like two can be dangerous…chanterelles can be similar to things like jack-o’lantern mushrooms, but also, lobster mushrooms are actually a parasitic fungus and books say it sometimes grows on poisonous hosts, which is functionally kind of the same.

(I’m not counting false morels as a morel lookalike but clearly someone got confused.)

I think the reason mushroom hunting is common in Europe and not North America is the best knowledge is local. In Slovenia there’s going to be a long tradition of knowing which types to look for. In Idaho colonizers shoved that aside and so it takes some rediscovering.

Wish I had this as a youngster. Now, as a kid of several decades, I’ve come late to foraging shrooms.

Morels, as the book notes, are a terrific place to start. Easy, peasy ID. Amazing flavor. What’s not to like. They were my entry point. I’m lucky enough to have a stand of woods I can walk to from home that produces annually. I had an abandoned old apple orchard about a half hour north of me that I pulled pounds out of every year until some farmer decided they needed a larger cornfield this year. Tears were shed.

Last year I took the next step to Miatake/Hen of the Woods. Found this beauty (5#!) and a bunch more in a large park on the edge of town. I was amazed at the flavor - told a friend that they’re nutty in a way that nuts aspire to be. Nice tooth too, none of the usual spongy thing. 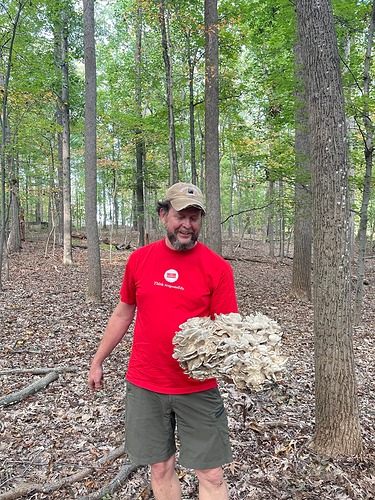 IMG_51751920×2560 1.02 MB
Miatake have a few similar looking species but none are toxic and one also tastes really good. Worst case you get a bland shroom.

This year I dedicated myself to learning Chicken of the Woods, another beginner mushroom. Spent hours in the woods from late summer through the fall. Couldn’t buy one. One day my wife comes in the house to my desk and shows me a picture of a HUGE one. It was growing in our backyard, on the stump of a black cherry we cut down a couple years ago. As the name suggests, they’re super meaty and do taste much like a shroomy-chicken. Good, but I’m not raving.

Next year I’m after a Lions Mane. Nothing in the world looks like them so they’re another beginner-safe option.

Chicken of the Woods

Apparently, I stumbled upon the mother lode this fall while hiking in the mountains. I had no idea until @ClutchLinkey pointed it out from my photos. 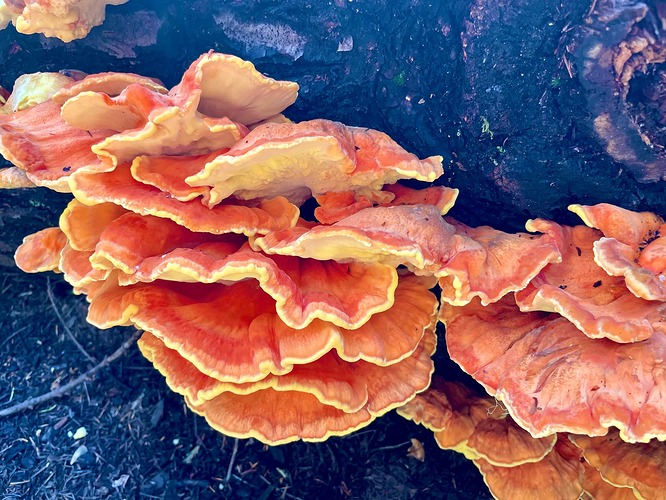 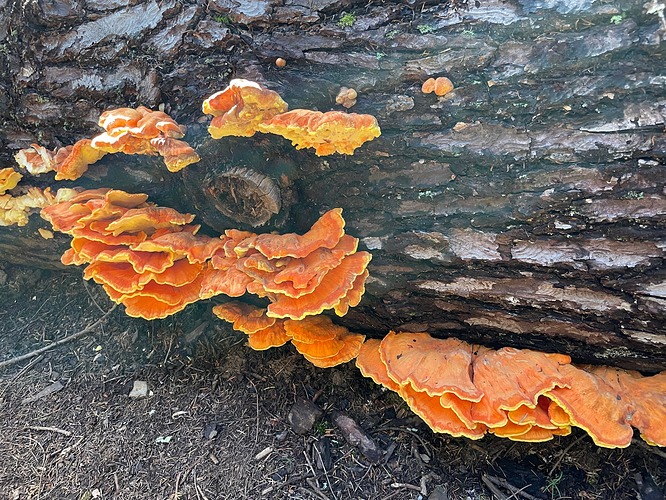 Naw, I know exactly where mine came from.

You don’t just need to learn how to forage for and identify the mushroom but also the best way to cook and preserve them. I like making Chicken of the woods into buffalo chicken of the woods. Also braising followed by a light smoking is pretty good. Finally cut into smaller slices/strips and added to mac and cheese. For hen of the woods roasting is great.

Apparently, I stumbled upon the mother lode this fall

Ooh, you sure did. Those are beautiful!

@lostculture Thanks for the recipe ideas. The hens were definitely best roasted, though I had so much a lot got turned into duxelle, which freezes really well.

“All Fungi are edible.

"Some fungi are only edible once.”

Thanks, but I said that already.

Hey, every mushroom and toadstool is edible.

Though only the once.

Easy mushrooming? Try the Black Forest. The tourism board paints little red markers on the waysides to help you find them. 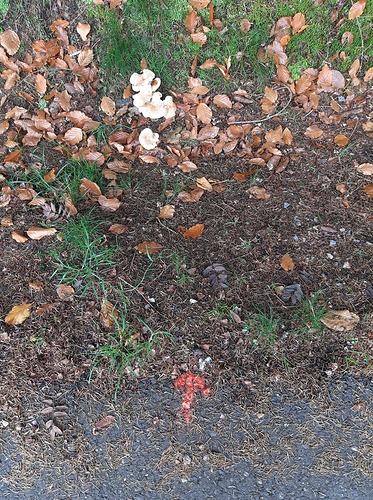 Are there also arrows for gateaux?

Well, yeah. Don’t mess with Aminita. Frankly any shroom that requires a spore print to determine if I should eat it or not is off the table for me, figuratively and literally. I’m into simple & safe. And delicious. It’s when you let that last priority take hold - or worse, you enjoy the risk - that things can go south. 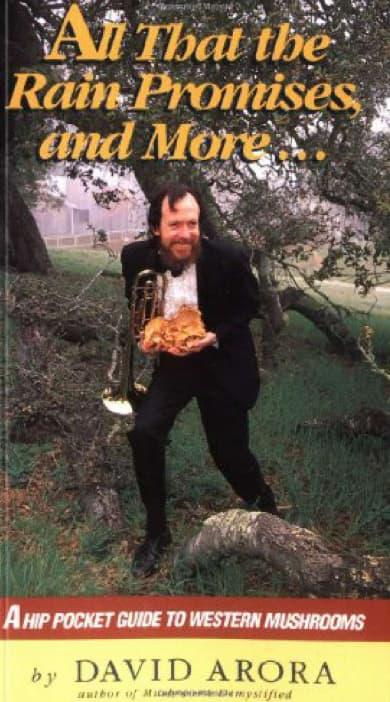 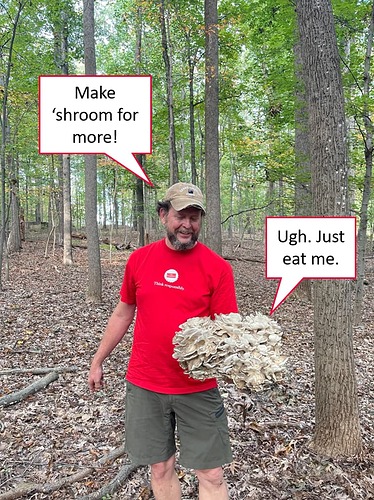 FWIW the only person I’ve personally known who regularly foraged for mushrooms in the US was an Eastern European who moved here as an adult, so that checks out for me.