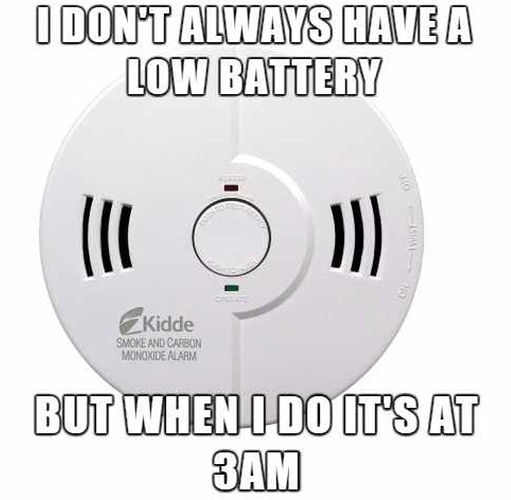 My mystery beep usually turns out to be the backup battery on the FIOS box.

Then, the murders begin.

My mystery beep usually turns out to be the backup battery on the FIOS box.

my fios box is mounted on a wall that is shared with my bedroom. Most annoying thing ever. Decent Internetspeeds though.

He has a good chance at claiming Keanu Reeves as his Daddy.

the basement/crawl space discovery was worth it.

/dude is pretty good at guitar, he should do something with that…

He should have done what so many YouTubers do: ignore the beep and keep recording videos.

There was a mystery beep at my parents’ place for years. It was so rare that you couldn’t feasibly track it down (walk a little way in the direction you think you heard it from, wait for the next beep, etc.) It happened like every half hour or something. Maddening.

Turned out it was the UPS on the thing that connected the copper phone lines in the house to the fiber optic cable running out to the street. I only figured it out because I happened to be doing a load of laundry in the basement next to where the box was, and looking at the box when it beeped, and a little LED flashed in sync with the beep.

I chased a sound once that seemed to be coming from everywhere. It would happen every few minutes, and it sounded to me like a small servo motor actuating. Looked through the entire house, from the attic to the basement, and I could hear it in every room but not pinpoint a direction or location. It was driving me crazy.

My wife figured it out. It was a cow mooing in a game our toddler daughter had been playing on my cell phone before I stuck it in my pocket.

He has a good chance at claiming Keanu Reeves as his Daddy.

tldw; it was a carbon monoxide detector with low battery in his basement/crawlspace, which he didn’t know he had

More surprising is not how he finds the beeping sound, the surprise basement, etc. It’s that he moved into a house, found a closet with junk from the previous tenants and didn’t bother going through it and cleaning it out. Like, who actually does this?

my fios box is mounted on a wall that is shared with my bedroom.

Ours is in the basement. The beep drove me nuts. Finally I decided to time them, and found that it was every fifteen minutes. That way I could visit various rooms when the next one was due.

Our house was bought with contents intact as an estate sale. We found all sorts of mysterious stuff, some useful, a very few valuable, and a couple that were “Quick unplug that before it sets the house on fire!”

Did someone say crawlspace ? 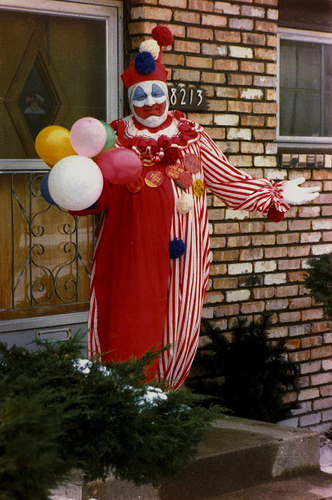 Having been a teenager in the Chicago area when he was caught, that picture creeps the ever-loving fuck out of me. So did the unexpected crawlspace discovery in the video.