My favorite battery-powered Bluetooth speaker is the Grain Audio PWS

Bluetooth is ok, but my ears prefer how the Goldtooth wireless protocol compensates for resonance impurities in the ambient air.

Love my A2 by B&O. Kinda pricey, but amazing sound.
What Bluetooth speakers did you eliminate before settling on the Grain Audio?

Mark, wouldn’t it be easier (and cheaper, and more effective) to have multiple bluetooth speakers that plug into wall outlets, instead of carrying this around with you? Just wondering.

Mark, wouldn’t it be easier (and cheaper, and more effective) to have

It sounds you do what I do - I’ve several speaker/radio locations about the place, and at each there’s a spare cable (RCA or minijack or whatever) hanging about.

For travel, I’ve a decade-old Tivoli iPal, which, when not serving road duty, spends time charging and sounding off in the loo. The battery life has dimmed, I know I ought replace it.

[quote=“funruly, post:6, topic:51636”]
It sounds you do what I do - I’ve several speaker/radio locations about the place, and at each there’s a spare cable (RCA or minijack or whatever) hanging about. [/quote]

Me too. I’m a big fan of this cheap little awesome amp paired with whatever small speakers I find at the thriftshop: 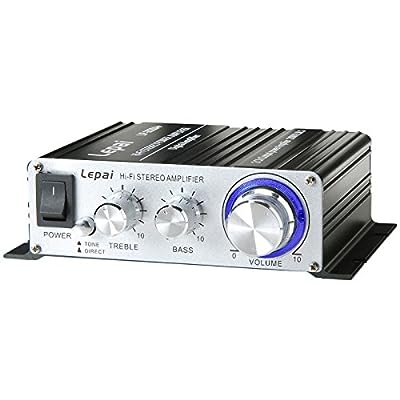 We have a couple of Pasce Minirigs, which are just astounding. I’ve used mine to fill a university lecture hall with puzzlingly good quality sound. The downside is that they (a) have no built-in bluetooth (so you need to buy an adapter for this functionality), and (b) they are hellaciously difficult to buy outside of England.

Am I the only one who thinks BLUETOOTH SUCKS because neither my phone nor my laptop EVER seem to connect automatically as they are supposed to? I’m technically competent, yet I end up resetting the speaker and generally spending a few minutes nearly each time I want to connect the speaker, and end up ruining the moment and feeling generally exasperated like a 75 year old trying to program a VCR in the year 1987?

(And I’ve got the “best bluetooth speaker” according to the Wirecutter, so I don’t think we can blame the hardware per se http://thewirecutter.com/reviews/best-bluetooth-speaker/ )

I hear this from a few people, but my Bluetooth audio in my car behaves flawlessly. I use an Android phone. Are you using Apple?

I don’t see any details for hands free calling so should I assume this doesn’t have a microphone?

Are you using Apple products? Because they use a half-assed implementation of Bluetooth (at least on their phones) that just doesn’t work with a lot of things.

I know people have tons of problems with those Bluetooth ODBII readers where the standard answer for someone who wants to use one is “spend $100 on a WiFi version or just buy a cheap Android phone that will work great”.

Yeah, $250 that you just leave at home seems like a lot. Get something that plugs in, at least, so you don’t have to pay for a big battery.

apple laptop, android phone. the apple laptop especially is really bad about connecting to the speaker.

The best bluetooth speaker I’ve ever heard is the G Project GBoom and costs about $100-120 at Target or through Amazon.
I am a complete audio snob and was blown away by the sound of this little box. (There is enough bass that I sometimes play my bass guitar through it as a practice amp). Trust me or read the reviews. 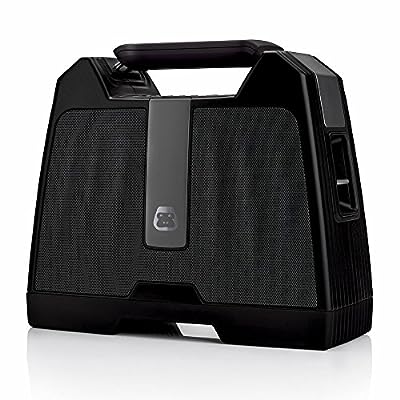 PRESS REVIEWS "At $100, it's a tremendous value. Highly recommended." - Mashable "G-BOOM is the ultimate $100 wireless boombox" - iLounge “For $100 you'll be hard-pressed to find another portable Blue ...

Here’s my take on portable speakers-- and frankly, I’m done collecting them.

I like listening to podcasts. I’d use a portable speaker to listen to podcasts, as both of my music stereos are non portable, and not always convenient to listen to in the kitchen. Now, there is a particular voice type, that I find reassuring from listening to NPR. It’s deep. It’s confident.

If your stereo can handle bass notes smoothly, and without distortion, those voices sound pretty good. If your speakers can’t reproduce the low end very well, they sound less clear. Maybe intelligible, but perhaps more fatiguing than usual.

So when I read about the latest “bluetooth speaker”, I’m skeptical. Yet another speaker that bottoms out at 100 Hz. Yet another amplifier with 10% distortion. The next time you guys review this kind of thing, prove me wrong-- compare it to a real stereo.

My take on portable speakers is ‘have a hifi big enough so you can hear it everywhere’.

I am just going to throw in here that the Apple “problem” with Bluetooth is that they have plugged a giant security hole there that Android leaves open. I am just guessing, but someone has to do the work to undo the BS spewed about Apple. Most of the “problems” with Apple come down to this, a difference in the approach to security. It is a choice. Make your choice and live with the consequences.

I have a pretty old Bose Sounddock, and bought an Auris bluetooth adapter for it. The dock is so old I’d already had to buy an adapter to address the time Apple moved all the wires on the connector, so now they’re stacked on top of each other.

Keeps me going for now.