People act like murals of Dagon on an Air Force base is sooooo weird, psssh-ah how else are the elder gods going to know who no to eat?

I’ve seen the top guy elsewhere, in a different context.
I can’t pull it from memory, and google-fu is weak on this.
I’m thinking retro toys somehow.

They are probably meant to be Gremlins. A gremlin is a folkloric mischievous creature that causes malfunctions in aircraft or other machinery. While depictions of these creatures vary, past findings present the animals to be similar to the Chupacabra with spiky backs, large strange eyes, and small clawed frames that feature sharp teeth. Although their origin is found in myths among airmen, claiming that the gremlins were responsible for sabotaging aircraft, John W. Hazen states that "some people" derive the name from the Old English ...

There was a kid I knew in high school who had covered all his notebooks and book-covers with these quasi-Roger-Dean landscapes, a la Yes album covers. People would sometimes talk about how he was a good artist, but in fact that’s ALL he knew how to draw, and it was kind of a habitual thing.

Maybe whoever did the monster paintings really just liked painting monsters, and that was the full extent of their artistic abilities.

Agreed.
This looks like nothing from German folk lore I know. Also, the style doesn’t match anything I’ve seen from the 1940ies on the subject. 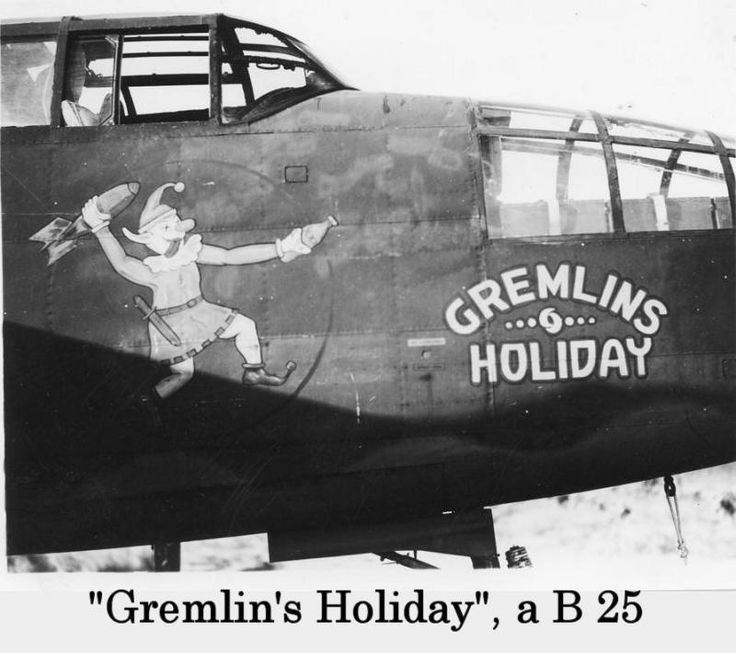 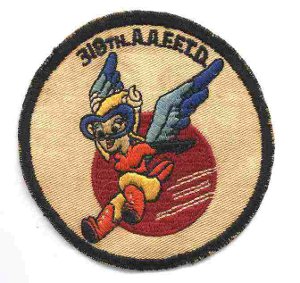 Fifinella was a female gremlin designed by Walt Disney for a proposed film from Roald Dahl's book The Gremlins. During World War II, the Women Airforce Service Pilots (WASP) asked permission to use the image as their official mascot, and the Disney Company granted them the rights. The story of Fifinella began in 1942 when Roald Dahl, who had been removed from flying with the RAF due to injury, wrote The Gremlins, a fairy tale about the hazards of combat flying; in this incarnation, the word "fif...

I have been watching the Ken Burns Viet Nam series and yesterday I saw footage of a person with that patch and I thought that is interesting and going to the crazy Dragster art of the time.in my thinking

Let’s not forget all the aliens named Killroy that haunting military installations everywhere.

I got a kind of Big Daddy Roth vibe from it as well, but that’s not quite right.
More along the lines of the generic Halloween decorations they had in elementary school, with the duotone green/orange color scheme. The “vampire bat” mask by Collegeville
http://monstermasks.blogspot.com/2013/07/1967-collegeville-costumes-catalog.html
though this is a little closer http://4.bp.blogspot.com/-8wODTwFCR6U/Ueqk7yrHVHI/AAAAAAAAM6k/U756-YKu34Q/s1600/1983-Cesars-Mask-Masquerade-Catalog-04-05.jpg

Which lead me to Michael Berenstain’s vampire 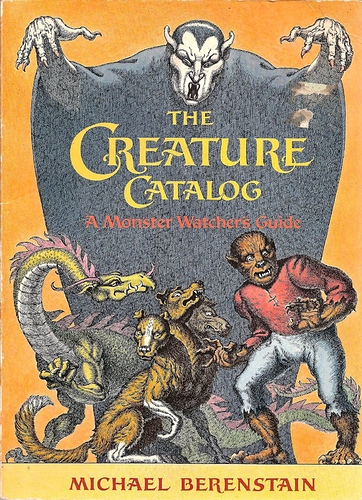 Untitled-1.jpg1160×1600 808 KB
But there is almost a Hellmouth medieval feel to it, and there is some similarity to these guys:

The Monsters of Bomarzo

A 16th-century horror show built in a lovely Italian garden.


or leviathan as hellmouth looking like the second guy. 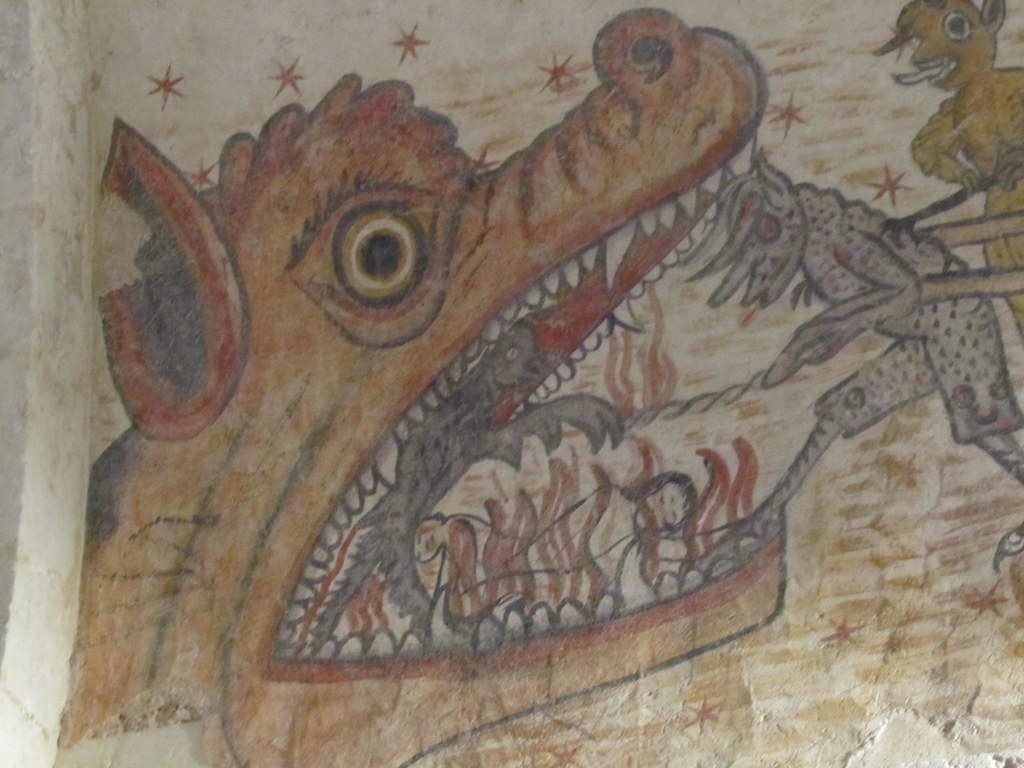 The USAF attracts people with many different civilian life interests. I went to SP training with two gymnasts and a very, very good mural artists back in the Seventies. This is probably just the work of a bored serviceman and a whacked-out MWR specialist.