Ah yes, but did your wife serve billions and billions?

It’s the whole industrial versus home cooking thing. You make french fries at home you slice up some potatoes and you fry them. You don’t have to preserve them or ship them or keep them warm for an hour after you cook them.

This is pretty much what people are opposed to about industrial food processing is that all the preservatives and additives might keep it looking pretty longer, store longer, taste consistently the same each time you eat it even though the people doing the cooking are totally untrained at cooking but at what cost to the nutrition and to our health?

But I would still go back for seconds of your wife’s roasted potato slices before I asked for “firsts” of McDonald’s frenched-fried-processed-potato-food-product.

Natural Beef Flavor – nice to see that a vegetarian can’t even eat fries at McD.

Say what you want. But to me, it just isn’t a french fry without the polydimethylsiloxane.

McDonalds recently ran an ad here in Finland where it proclaimed that their french fries are “Made from real potatoes”. I think the point was that they’re potato slices and not some potato smush, but the fact that they have to even advertise that is kind of sad.

Didn’t they traditionally cook them in beef tallow and forget to mention that? I thought some Hindus were rather annoyed when they found out.

I didn’t realize until recently that McDonald’s in the US doesn’t even have veggie burgers. They’ve had them since forever in the UK.

The Burger Lab: How to Make Perfect Thin and Crisp French Fries

I'm gonna come right out and say something that I'm sure you won't all openly agree with: McDonald's french fries are great. At their best, they are everything a french fry should be: salty, crisp, light, and not greasy. I've never been able to make...

I still dislike McDonald’s for the industrial food, the assembly line dining, the car culture pandering. But this “plain folks” approach to complex ingredients is actally sort of cool! It’s says they trust the audience enough to not get scared away from complex ideas.

But what makes their french fries interesting to me, isn’t the ingredient list, it’s the way they monitor the temperature and timing for a consistent batch of fries, even when the product varies. It’s been copied by all the other chains, so hardly a monopoly, but they did it first, and it changed fast food quite a bit.

(Also nice to see Grant step out from the shadows of Jamie and Adam.)

Did he have much choice? Didn’t they just get rid of him and t’other two?

There was quite a scandel when this truth came out in India. A lot of vegetarians found they’d been eating beef all this time.

I do actually have a small bottle of polydimethylsiloxane in my fridge at home, although I don’t use it for my fries

An anti-foam agent that can be used during fermentation to eliminate messy blowoff. Can also be added during the boil to reduce the risk of boilovers.

Yeah, I think they basically got fired because they wanted to just go back to Adam and Jamie.

I’d watch Mythbusters if someone would go and re-edit every episode to put each segments into one complete bit and remove all the recaps and teasers. I find it utterly unwatchable as is. Each episode is at least twice as long as it has content for, even before you consider all the adverts.

Well then, here’s an opportunity.

Can technology close the gap between “picked from the farm” and “served on the plate”, at “McDonalds” scale to be cost effective?

A lot of the preservatives seem to support the logistics leg of this process. A lot of the sugars + salt are there to put the flavor back that was lost in transit.

What if Elon’s Hyperloop was scaled down first used to transport foodstuffs (or other cargo) from the middle of the country where the farms are, to the edges of the country, where the people are at super high speeds?

I’d watch Mythbusters if someone would go and re-edit every episode to put each segments into one complete bit and remove all the recaps and teasers. I find it utterly unwatchable as is. Each episode is at least twice as long as it has content for, even before you consider all the adverts.

That seems to be every American show these days. I can’t stand watching 45 minutes of something for 22 minutes of actual content. But the earlier Mythbuster episodes were better, with more actual content. Not that I don’t still love the heck out of MythBusters (though I haven’t seen the very latest seasons yet).

I’m all like ¯_(ツ)_/¯ here. If people think that not only all packaged and fast food, but almost all “fresh” or “raw” food (including organic food) hasn’t been engineered substantially, in one way or another, they haven’t been paying attention. (cue snickering at so-called “paleo” diets.)

Apparently foraging, while some work, is a legit way to stock your fridge with veggies and legumes and such: 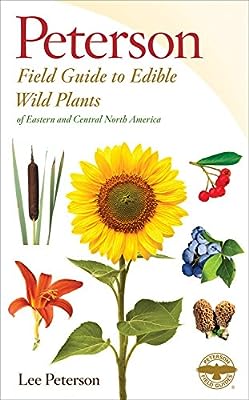 More than 370 edible wild plants, plus 37 poisonous lookalikes, are described here, with 400 drawings and 78 color photographs showing precisely how to recognize each species. Also included are habita ...

Word is, first-gen Italian immigrants used to make good use of Dandelions for traditional old-world cooking.

It’s something I’m going to give a try when it warms up.

Those of us who remember fries cooked in beef tallow know what is lost to the world.