Nancy Pelosi (net worth $135 million) emails voters: if you don't give me money "it will be the single most devastating setback for protecting women's reproductive freedom"

Originally published at: Nancy Pelosi (net worth $135 million) emails voters: if you don't give me money "it will be the single most devastating setback for protecting women's reproductive freedom" | Boing Boing

People already complain about politicians being too rich. If self-funding is the new expectation they’re only going to get richer.

I’m never donating to another politician over the age of 50.

Is she setting up her golden parachute?

If all politicians lie, how do we know who to believe? That e-mail from Nancy Pelosi lied from the ‘From:’ through to the signature. It was not from Nancy Pelosi… it was not signed by Nancy Pelosi, and nearly every sentence in it contained multiple lies… We need someone to be the person who sends out an honest e-mail requesting funds. I will send that person $100.

I’m getting really tired of the tactics with these emails and letters.

I know bad shit has happened on the national stage. Yup. WTF has the DNC ever done to support Fl Dems that wasn’t just clueless and out of touch incompetence? Nada.

They like to swoop in here every election season and do stupid shit like completely ignore the locals who are pleading with them to apply basic concepts like sending all their Spanish speaking campaign workers to Miami Dade - instead, the national Brainiacs sent the Puerto Rican contingent to NORTH FLORIDA to canvas.

Dafuq? No - you may NOT take my money. Go pound sand.

Yeah, my inbox floods with these emails. And it’s only getting worse.

I recall when the fact that congresspeople were able to legally trade stocks on insider information came to light, I think it was 60 Minutes that had a clip of her being asked about it (because AFAIK, she’s been a profuse trader). Her response was this wide eyed, deer in the headlight look. She had absolutely nothing to say. Cringe. Yeah, she’s a clever political operator. Yeah, she’s a great fundraiser. Yeah, but I’m not sending her any money.

The stakes have never been higher.

The stakes have never been higher.

I posted this the other day, but I think it bears posting again - it’s even more relevant here. It’s about the Dem’s website, but it clearly lays out the utter lack of any plan. 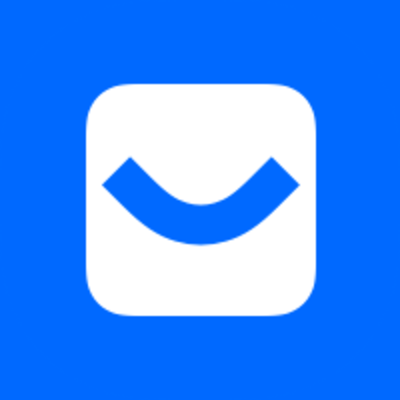 If I give, it is to a particular candidate.
Given the performance & behaviour of the DNC over the past few decades, they aren’t getting a dime from me. Their fundraising letters go directly to the trash.

The rich seem to be running things around here so let them pony up.

Oh wait, they already have.

People already complain about politicians being too rich. If self-funding is the new expectation they’re only going to get richer

or we could tax the rich, limit campaign contributions to small dollar amounts, and set limits on political ads

self funding really is fine, so long as they can only contribute reasonable amounts of money. the issue is the supreme court says money is speech and claims that political fundraising can’t be limited

It’s worth noting that Nancy Pelosi was speaker during Obama’s super majority and had the opportunity to codify RvW in law then. It wasn’t a priority.

Dem senior leadership is too old and out of touch to fight this fight. They have no skin in the game, and they will not live long enough to suffer the consequences of their choices.

They should step down and let a younger generation, a generation with something to lose, lead.

(Edit: I am giving my money to Senate races for Progressive Senators.)

The root of all evil.

Get money out of politics now.

I’ll occasionally respond to these fundraising emails by sending an email directly to the congressperson’s or senator’s office.

The email usually says that I won’t send any money until the democrats hold Hair Twitler’s fat orange ass accountable for seditious conspiracy. I’ll add what the woman in the tiktok link said, e.g., “are you going to expand the court? Are you going to eliminate the filibuster?”

Pro Tip: A congressperson’s web-based email form makes you enter your postal address and will not accept emails if that address is outside their congressional district.

The work-around is to enter the address of their local congressional office.

Was it in the film Syriana where an observation was made about the difference between beggers (in a 3rd world country?) and D.C. politicians? I.e., D.C. politicians dress better.

I’m never donating to another politician over the age of 50.

As of earlier this month, I’m 52. I absolutely agree with this! Of course, I’m also not a politician, so perhaps that influences my view just a little.

I’m a little bit older than you. I don’t trust us.