Well, one thing Apollo did do is help to bankrupt the Soviet Union.

I get it. You don’t like Apollo. That’s fine. I’m sure you know that you are in the extreme minority, because 99.99999999999999% of earthlings when questioned about whether they like the fact that we visited the moon say, “Yeah, sure.”

Will there be miniskirts and shiny purple wigs? Cos I ain’t getting behind no UFO base without them.

Plus, everyone knows the Aliens won’t let us out of LEO anyways.

Look at Buzz Aldrin; you can almost hear him say, “If anyone denies I was here, I’ll punch him in the face.”

…well…did you use aftershave, or just stumble off without a chemically burning face like some neanderthal?

without a chemically burning face

It puts the lotion on.

I’m kind of surprised they let them shave in space.

You really cannot imagine how hung up American men were about hair in the 1960s. We couldn’t have our astronauts looking like a bunch of hippies, after all. On television for God’s sake. It was not a practical decision, it was a gesture of cultural allegiance.

Buzz Aldrin never landed that punch on the moron, footage was faked. 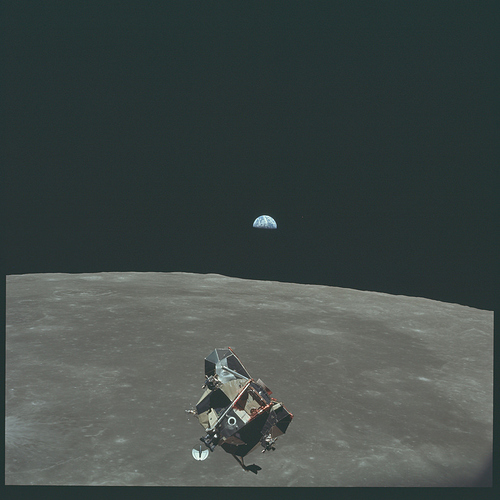 Out of curiosity, have you ever visited India or China - not Bangalore or Shanghai but seen the backwaters where most of the population live?

The adult literacy rate of India is about 75%, and that includes many people who do not speak English or have access to newspapers. About 1 person in 5 has some Internet access. The adult literacy rate of China is claimed to be 95% but 45% of the population doesn’t live in urban areas, which means access to newspapers, books and the Internet is very restricted (about 45% of the total population having some Internet access in 2014). It’s an extraordinary stretch of what I suspect is American exceptionalism to think that many of these information-poor people have a conception of the West that is anything like accurate (or, indeed, the leisure time in which to learn).

You might like to consider this simple fact; if you are in the top 20% of Americans by income, you are in the top 1% from the world point of view. (60 million divided by 7 billion.) I imagine most BoingBoing readers are in a rather higher category than that. Unless you have spent time abroad and in other cultures - and I don’t mean military, business trips or holidays - your conception of the rest of the world is going to be very unrealistic.

You’re not completely without a point, but saying that so many of them “know nothing at all” of the West is engaging in a certain degree of hyperbole. I doubt very much that there are a billion people in India and China who are unaware that US astronauts have landed on the moon.

Although I grant I haven’t spent much time in the backwaters, yes, I have spent time abroad and in other cultures. When I reach the top 20% of Americans by income, I’ll get back to you.

The most expensive Hasselblad promo location shoot ever.

A rat done bit my sister Nell, with Whitey on the moon. 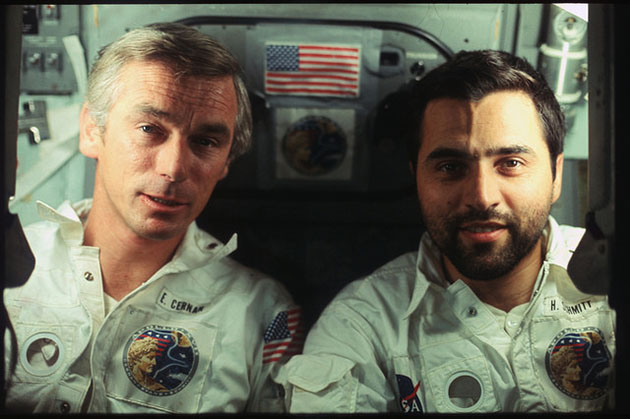 Harrison Schmitt was 37 when this photo was taken. He walked on the moon (was the next-but-last to walk on the moon). He has spent the subsequent 43 years earthbound.