Nebraska Gov. Pete Ricketts: 'If you legalize marijuana, you're gonna kill your kids'

Nice to see that he isn’t sensationalizing the situation.

Tell that to CA and CO, and everywhere else that it went legal recently.

All due respect governor,

I do find it somewhat ironic that here in Hawaii they’re pushing to outlaw vaping/tobacco/menthol cigarettes to varying degrees and at the same time warming to the idea of legalizing marijuana and even mushrooms.

I would complain about the hypocrisy yet all of it actually aligns with my personal beliefs.

Everyone needs to quit being so reactionary to politicians when they tell us how dangerous marijuana is. Marijuana is super-duper dangerous and has been proven time and time again to be highly addictive and hundreds of thousands children overdose on it everyday and die. Still don’t believe me? Well how about an anecdote I once heard from some kid when my parents sent me to a religious summer camp that I now tell as my own story and as ABSOLUTE proof of how dangerous marijuana is. I was at a party one time and saw a guy smoke 4 marijuanas at the party and then his dick shot out of his pants like a firework on the fourth of July it then exploded in the middle of the room blinding two people and killing 3 others. I’ve got so much more PROOF about how dangerous marijuana is, but no one wants to listen! /srcsm

If you legalize marijuana, you’re gonna kill your kids.

Bill Maher and Willie Nelson Explain Why Americans Will Accept Pot Before Gay Marriage - YouTube - Willie tells all about the dangers of marijuana at the 3:00 mark.

Aw geez this was the funniest thing I’ve seen in a while and then you go and spoil it.

CDC: Youth Pot Use Dropped in States After Legalization, Including Colorado

Nina Petrovic | October 14, 2019
According to a recently published study from the Centers for Disease Control and Prevention, youth marijuana use decreased in the nation’s first three states to legalize recreational pot. The CDC study, released October 4, reports that marijuana use among children in sixth to tenth grade residing in King County, Washington — the state’s most populated county and home to the Seattle metro area — actually dropped from 2012 to 2016.

And yet, ten years in of sparking it up with my kids, they’re doing just fine.

So, I’ve been smoking the marijuanas for over 30 years. How long is this supposed to take? 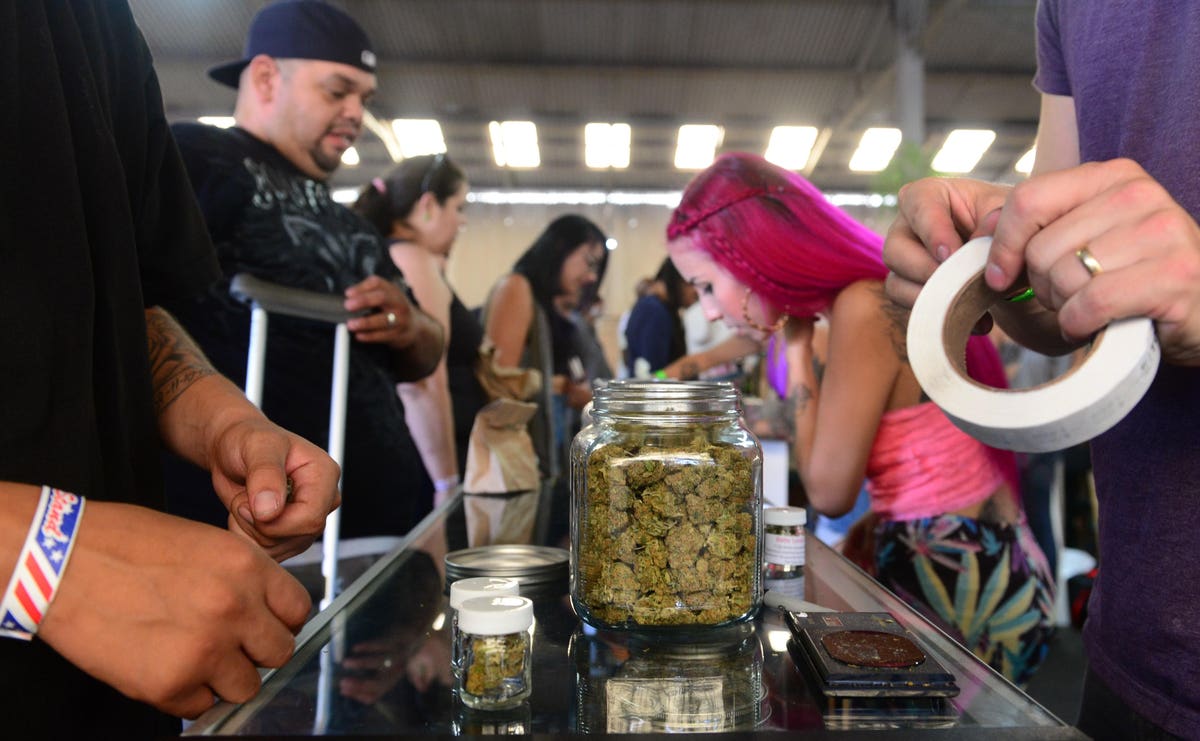 An American study finds that legalizing medical marijuana does not increase use among teens.

So, I’ve been smoking the marijuanas for over 30 years. How long is this supposed to take?

How long is this supposed to take?