Downloaded! I look forward to to listening.

I read the whole book a few years ago. There is a lot of stuff in there that rarely or never makes it into the adaptations. Like: Scrooge as a child is portrayed as a lonely, adventure-story obsessed nerd.

The high point of Scrooge’s reformation isn’t buying the Cratchits a turkey, but of joining his nephew for a family Christmas dinner. (Properly shown in some adaptations.)

‘They are Man’s,’ said the Spirit, looking down upon
them. ‘And they cling to me, appealing from their fathers.
This boy is Ignorance. This girl is Want. Beware them both,
and all of their degree, but most of all beware this boy,
for on his brow I see that written which is Doom, unless the
writing be erased. Deny it.’ cried the Spirit, stretching out
its hand towards the city. ‘Slander those who tell it ye.
Admit it for your factious purposes, and make it worse.
And abide the end.’

They appear in some adaptations.

They appear in some adaptations. 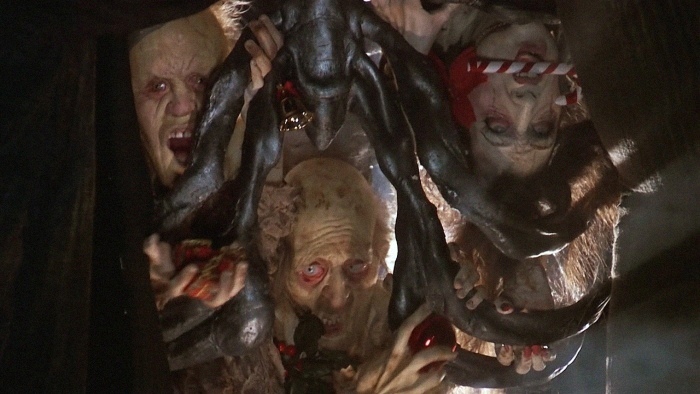 Molly - QI Elf and daughter of Mike I beleive

Somewhat surprisingly, A Muppet Christmas Carol is remarkably close to the original in many respects (apart from the fact that it has songs and, you know, Muppets…)

I made a video book for speed reading A Christmas Carol in Prose; Being a Ghost Story of Christmas by Charles Dickens - Speed Book Play https://www.youtube.com/watch?v=uNxfOPij_fA

Neil Gaiman turned into Neal Stephenson so gradually, I hardly even noticed.