Is that bike in the middle behind them a Harley? The video doesn’t really show it, but that’s quite a swing-arm.

eta: Probably a Buell. Do they still make those?

Elderly and middle-aged bikers are always a favourite group for fascist politicians to cultivate. 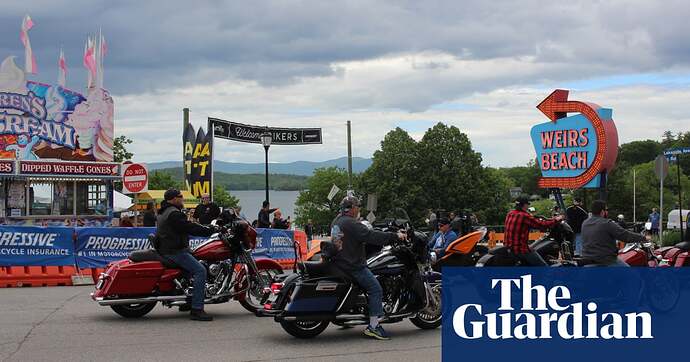 'He's their man': why do bikers love Trump so much?

At New Hampshire’s Laconia Motorcycle Week, the language is foul, the wardrobe is leather, and it is among these holdout rebels that Trump has found support 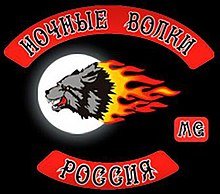 The Night Wolves (Russian: Ночные Волки, tr. Nochnye Volki) or Night Wolves Motorcycle Club is a Russian motorcycle club that was founded around the Moscow area in 1989. It holds an international status with at least 45 chapters world-wide. The club began forming out of a mixture of rock music fans and motorcycle enthusiasts who held then-illegal rock concerts in Moscow (see Censorship in the Soviet Union) as far back as 1983. By 1989 the club was consolidated as an informal motorcycle group bea... 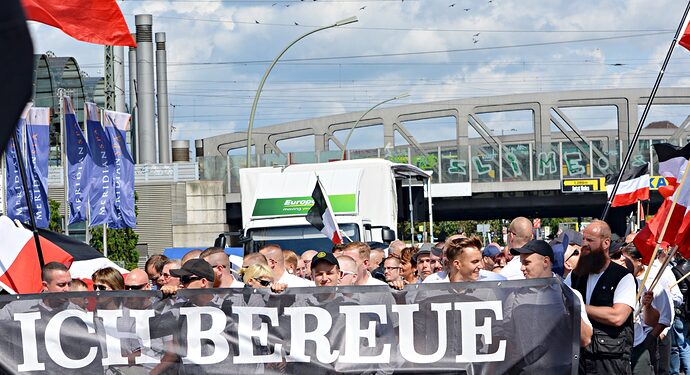 Biker Without Bikes – German Nazi Biker Clubs and their position... 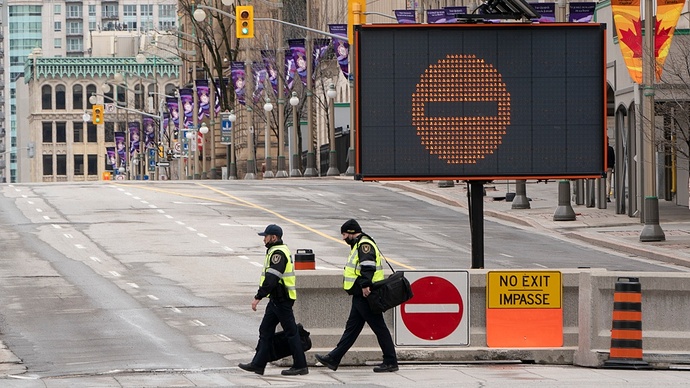 Don Martin: The thunder of overreaction as Rolling Blunder wheels toward Ottawa

As was the case with the Freedom Convoy, it’s the organizers of Rolling Thunder who are giving the event's modest purpose some ominous overtones, writes Don Martin in an exclusive opinion piece for CTVNews.ca. 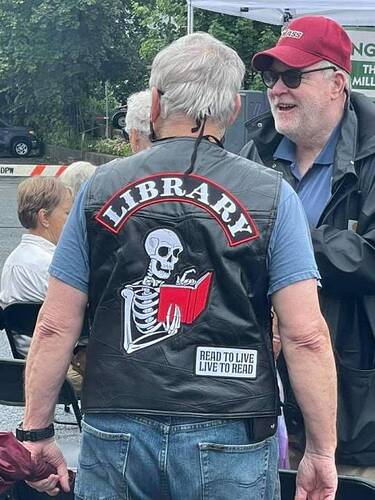 Wow, that’s dad to the bone.

Probably a Buell. Do they still make those

In November 2009… Erik Buell Racing, an independent company … initially produced race-only versions of the 1125R model, then subsequently offered an updated 1190RS model for the street or the track

he keeps starting companies, they get bought by harley, they get shutdown, he starts a new one. it’s a… vicious cycle 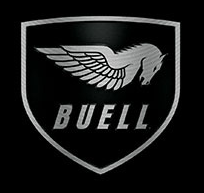 Buell Motorcycles is an American motorcycle manufacturer based in Grand Rapids, MI and was founded in 1983 by ex-Harley-Davidson engineer Erik Buell. Harley-Davidson acquired 49% of Buell in 1993, and Buell became a wholly owned subsidiary of Harley-Davidson by 2003. On November 17, 2006, Buell announced that it had produced and shipped its 100,000th motorcycle. On October 15, 2009, Harley-Davidson announced the discontinuation of the Buell product line as part of its strategy to focus on the ...

Years ago a friend was approached at a gas station and asked about his “colors”. He was wearing a Sons of Anarchy hoodie.

He was warned to “watch out” because real bike gangs take that shit seriously and implied that he was a member and would keep his eyes on my friend. I’d love to wear something like this just to cheese those morons off. “You don’t want to end up like Gran, do you?” 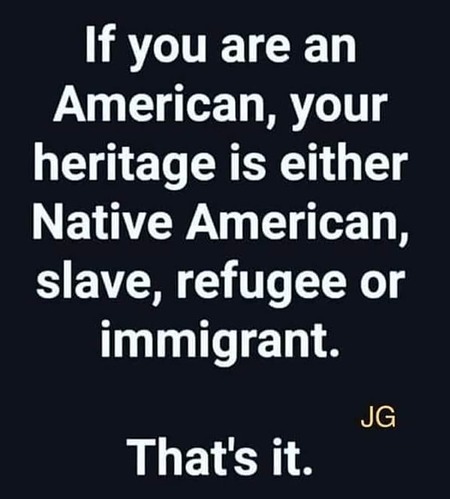 Absolutely none of those actors has ever ridden a motorcycle. And when I say ‘actors’, I mean friends and family of the Gratiot County Republican Party.

Nor is a single one likely to be over 70 years old. Early 60’s for the oldest looking actors. Then again, not one is under 40, either. Makes me wonder if they’ve given up on younger people in Gratiot County? Maybe there aren’t any, like this is one of the counties young people run screaming from the day they turn 18.

Nor is a single one likely to be over 70 years old. Early 60’s for the oldest looking actors. Then again, not one is under 40, either.

everyone else is riding these sorts of bikes instead:

or to quote a certain song:

Don’t I look so handsome.
Bikes suffice they’re so nice like priceless
Working on my calves to triceps to biceps
Bypass the gas, stop the traffic lights
I get around round without a drivers license

Is that rosanne barr, second from the left?

Is that bike in the middle behind them a Harley?

After extensively investigating the footage I’ve been able to discern the letters ‘KER’ on the side of said machine, this alongside the fact it also appears to have two front wheels and the odd angle of the arm on the rear wheel lead me to the conclusion it’s one of these: 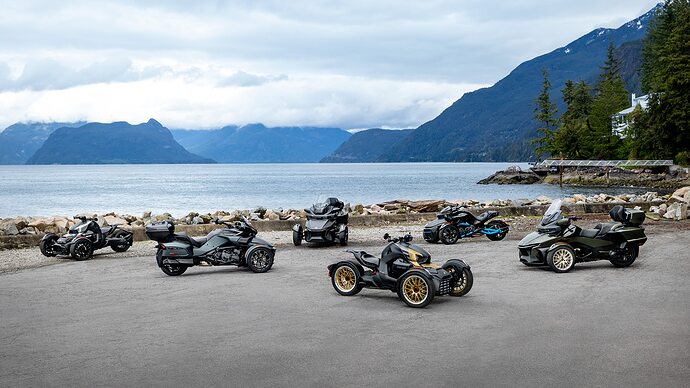 Your playground awaits. All day and all night, you’ve got everything you need to rule any road and never hold back with the Can-Am Ryker.

Am I missing something about biker culture, or did these guys miss the memo about the purple M&Ms? 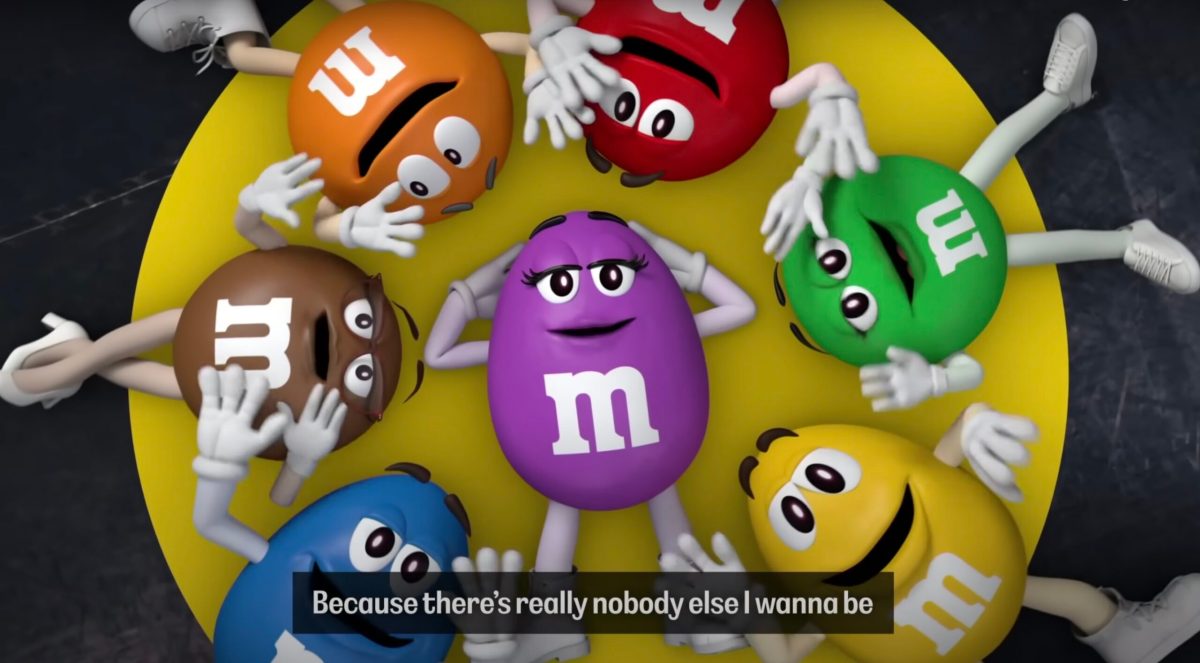 OAN host enraged that M&M has added a "transgender" purple candy to their...

M&M’s recently added a new character to their “spokescandy” lineup (see second video below), and it happens to be purple. Mind you, every other color of the rainbow is already…