New poll reveals that most Democrats and Republicans agree that America will "cease to be a democracy" in the future, and is headed for civil war

I personally don’t believe there will be a civil war because I really believe the majority of our country would not take up arms against their neighbors.

I have some good friends, we are complete opposite on the political front, we would never come to blows over that disagreement. As a matter of fact we would probably work together to protect our families.

The biggest problem in our country is the extremists on both sides are running the dialogue.

I really think the majority, who I believe are truly in the middle on most policies, should take that back from the wackadoodles.

Until that happens nothing changes. I think that change is going to come before any true civil war.

The democrats need to have a meeting and get everyone on the same messaging page, wouldn’t be a bad idea to get some republicans to work with the democrats on a take the country back from the wackadoodles campaign.

How angry/sad I am this winter all depends on the elections. 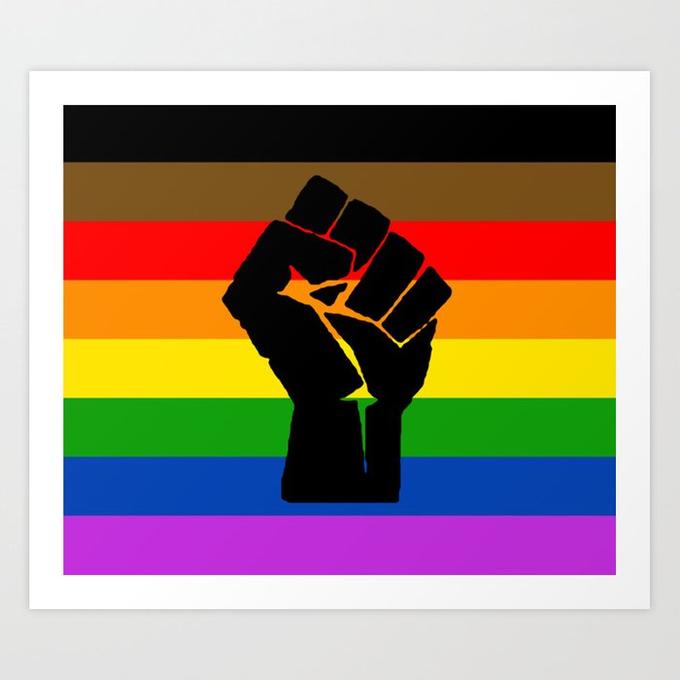 we could be the first nation to be both a failed state and a superpower,

I guess, depending on your definitions (and I will yield to @Mindysan33 on this) Rome would count in this category, probably several Central American empires, numerous historical empires that rose to superpower status given the world they existed in, then collapsed, often in amazingly ugly fashion. Just hasn’t happened terribly recently.

I’d argue it’s a choice. We understand how to improve life for all citizens, how to begin the process of de-colonization of various kinds (racism, segregation, etc), how to feed everyone, how to educate everyone, how to get everyone housing and healthcare, how to fight climate change, etc - none of these are complicated philosophical questions in an age of such abundant wealth and with our current level of technology. We just have to have to the political will to fight against those who oppose an egalitarian society for their own power and privilege and to ensure that we’re all engaged and pushing for all that.

I suspect it’s part of the reason the film it’s from didn’t do very well commercially.

We were discussing that movie here the other day, if you’re interested (topic now closed). The speech is indeed rousing but @Otherbrother made a good point about why the movie might have bombed. However you look at it, we have to offer better and new narratives about the future – especially to young people – than the civil-war-and-fascist-regime dystopia anticipated by this survey.

I don’t think the movie Tomorrowland failed because the kids today are insufficiency optimistic about the future. I think it failed because it was trying to sell a terrible, Ayn-Randian vision of the future in which the fate of regular folks depends on the whims of an elite group of extraordinary individuals who have a plan to build a model utopian society to inspire the rest of us, and don’t believe that silly things like laws should apply to them. When the plan fails and the utopia they were…

Re: Democracy vs Republic (and our blended democratic republic.)

I love how the right will say that “Democracy is mob rule, that is why we have a republic.” And then they will rail against the “Political elites who don’t care about the citizens.” I just was listening to Shapiro and I was like, “My dude, you keep saying a republic is where it is at. And what does a republic form of government entail? Political elites making decisions.” Of course government elites are always liberals, and not the well meaning conservatives who have been in office for DECADES.

I still find it unlikely we will have a wide scale civil war. But certainly something like The Trouble in Ireland could happen.

That is, unless America slides into full authoritarianism, and then we will see something worse than The Troubles.

I don’t blame anyone looking at the option of leaving – I myself am already halfway out the door.

The trouble with this is- America is such a large and influential nation and the world so increasingly interconnected that there is no “away”. The USA is the proverbial 800 pound gorilla, and even with an ocean between us, I’m feeling too close for comfort if things seriously go wrong.

All we can do is fight the good fight where we are (Because we all have our own local versions of the forces that are pushing you in this direction), and keep sending hope in your direction, neighbours.

The biggest problem in our country is the extremists on both sides are running the dialogue.

What extremists are there running the dialogue on the left?

Fuckin’ A; anything worth having is worth working for.

What extremists are there running the dialogue on the left?

Who is hardly an extremist. But of course we also know that pretty much everyone who disagrees with the far right is considered a “socialist” now.

The trouble with this is- America is such a large and influential nation and the world so increasingly interconnected that there is no “away”.

Oh, I’m going into it with that understanding myself. One won’t be free from its influence in any given country one might see as an improvement. That’s still better than living in a Syrian-style conflict zone and/or under a Putin-style one-party fascist regime.

Conservatives are armed, and “training”. Many hunt, many spend time at the range. Many have firearms, and are somewhat proficient with their use.

While they push for background checks, etc, Democrats need to learn how to use firearms and self defense.

The cops aren’t coming to save you. Be prepared. You can work towards fixing societal issues and not be an easy target at the same time.

“A well regulated Militia, being necessary to the security of a free State, the right of the people to keep and bear Arms, shall not be infringed.” This includes the left.

I’d argue that we keep doing what we’re doing - vote, communicate with our elected officials, get out to protest when possible, give to causes that are working to shore up our democracy, be vocal about what we know is the morally right thing to do, etc. Just more of what many of us have already been doing. There is not single, simple answer that will “fix” everything. Rather it’s just continuing to “bend the arc of history” as Raphael Warnock said on Colbert the other night.

I think fighting misinformation at the grassroots level is very important. I just soent part of my lunch hour reporting misinformation on LinkedIn. Will that do much? I don’t know. But we have to fight it every chance we get. Having that difficult conversation with a friend or family member who is getting sucked into the misinformation vortex is painful but becessary work.

So in other words “good guys with guns”? Okie dokey.

[yes, I know all about the John Brown Gun Club and Redneck Revolt and the Socialist Rifle Assoc. They’re not going to save us either in the event of a civil war]

How’d that work for schools since Columbine?

I love how the right will say that “Democracy is mob rule, that is why we have a republic.” And then they will rail against the “Political elites who don’t care about the citizens.”

Every time they say “Deep State”

To my recollection, it hasn’t worked… fucking ever.

You’re talking about how to win a civil war once it starts. But I don’t think the new even-more-detached-from-reality Confederates have that in them any more than the old ones did. The concern is how many people they are hoping to butcher along the way…compare their idol Putin, who is losing in Ukraine, but still committing genocide.

That’s what we should want to avoid, and I am not convinced expecting every citizen to join in handling deadly weapons that are still most likely to hurt their owners is a sensible step to that.

Speaking for me personally and me alone, I refuse to take up arms and train to kill another person.

What was I saying about people giving up?

Although I can’t leave out the possibility that there are some people who identify as being on the left who also are excited by the idea of living through a war, so they can “prove” themselves. They imagine it being like Red Dawn or some shit…

I think it was Zizek who said that we can’t imagine making positive change, so we instead imagine the apocalypse, because that’s easier to imagine.