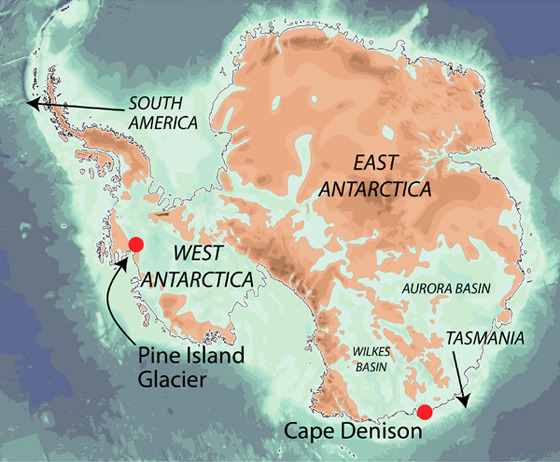 Hydrostatic rebound was literally the first thing that came to mind, Rob.

I was hoping it would look more like middle earth

I was hoping it would look more like middle earth

Let’s split the difference and call it Middle Earthsea. 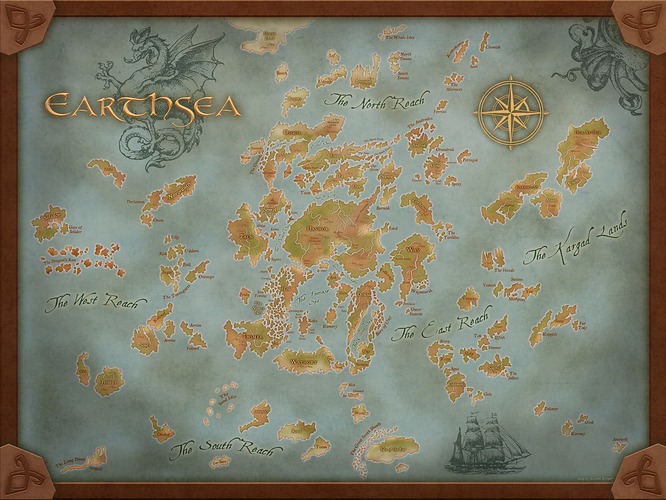 My immediate thought is RPG campaign map, of course.

Hey, look; I can see the Mountains of Madness from up here!

Edited to add some sense to my sentence.

Ooh, yeah, that’s going to be significant. Though it is not so much a fixed amount - North America is still bouncing back from the loss of glaciers 6000 years ago. (Or rather the Northern parts of North America - the US side is apparently sinking as the continent adjusts to the loss of weight. Bit of a see-saw effect going on.) It was rising at a rate of only about three dozen feet per century at first, declining to about four feet a century now. On the other hand, Antarctica has been apparently rising for almost 20 years due to ice loss, and many times faster than expected, so the process might take a lot less time to be significant.

Although that’s based on the sea level being where it is now, which by definition it wouldn’t be. Once the ice is gone, the sea level drops locally and the crust rebounds, so… maybe more like some inland seas with islands (eventually)?

Does no one else see the 2 kaiju locked in battle?
Who knew Ghidorah, The Three-Headed Monster was “Based on a True Story”? 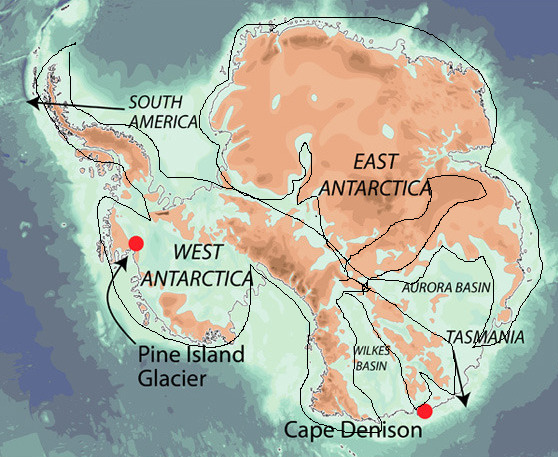 Either that…or Rocksteady used Shredder’s time warp, drank a Giant Growth potion, and fought the Midgard Serpent to prevent Ragnarok (“You give Rocks a bad name!”); West Antarctica is where the viscera landed from his horn punch. 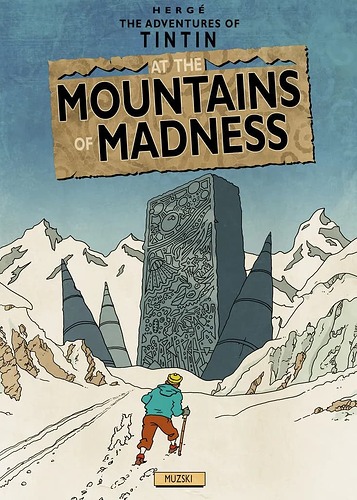 Muzski, a graphic artist, created a series of covers for “The Weird Aventures of Tintin”, that I wish were real more than anything. He brings Hergé’s classic character into the cosmic horror worlds of of H.P. Lovecraft. My favorite is “Tintin And The...

… or, that is, I guess 2001: A Space Odyssey was more Lovecraftian than I realized

That would make a nice D&D world map.

Have they found dinosaurs/mutants/space aliens/ whatever?

(Just kidding. God help us all if there are ever any mineral rights to exploit there.)

Another comic reference to the Mountains of Madness

The bestselling League of Extraordinary Gentlemen series continues in this standalone graphic novel! It's 1925, fifteen long years since Janni Dakkar first tried to escape the legacy of her dying science-pirate father, only to accept her destiny, at...

Another comic reference to the Mountains of Madness

There is actually a full adaptation: 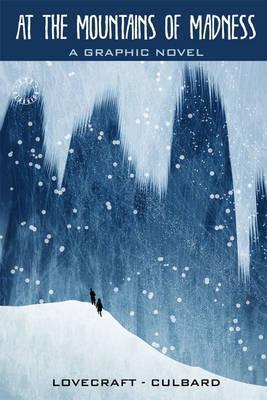 At the Mountains of Madness: A Graphic Novel

"For a second we gasped in admiration..." September 19…

Does no one else see the 2 kaiju locked in battle?

You say ‘locked in battle’ - I see an amorous embrace. This sort of misunderstanding leads to Tokyo being flattened on a depressingly regular schedule.