Those are beautiful, and I can’t quite figure out how some of them might be used. I should hit their website.

I can’t quite figure out how some of them might be used.

I’m glad I’m not the only one, but I’d be willing to learn! I guess it makes sense if you applied some extra thought and experimentation one would come up with some novel, non traditional designs.

Just as when erectile dysfunction medication was likened to birth control in the debate of what should be and what should not be covered by health insurance, I’m not convinced that this is an apt comparison. That said, the MTA has definitely had ads that are far more sexually suggestive than this in the subway before, and this ban does seem like a double standard.

Note that at the time of this posting the MTA has reversed their position and the ads can be posted, though I’m sure the company in question will get a lot more value out of being banned in the first place than anything their posters will get.

Seems like the exact same debate we had over that CES award. 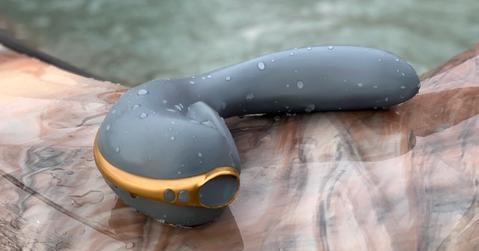 Sex toy creator finally gets the CES award she was denied

Changes to sex toy policies are coming, but they aren’t being detailed now.

Because women having sex for pleasure is dirty.
Men getting erections though, is a god-given right.

As an older person, I’d say fudge the ages on these testimonials. No one wants to think about old people having sex

Sentiments like that can DIAFF. They are a symptom of the same double standard MFA is applyimg to this ad. How can you enjoy sex if you can’t bear the thought of yourself or a partner your own age having it?

I say good for them…and as a bonus many more eyes will see these ads due to the law suit than would have otherwise.

I was really curious what the green thing in the first picture was, so I went to their website. It’s called “the Eva” and according to the adorable instructional video on their site, it looks like fun for girls and boys.

I’m not sure Viagra and Sex Toys are necessary the same thing. Would the MTA allow ads for a fleshlight? There are people who are offended at the concept of sex being pleasurable instead of simply for procreation, and they will write to complain. Letters to the editor. Letters to the mayor. Letters to the MTA board members. Letters to other companies with ads in the subway.

The MTA probably doesn’t want that call from Pizza Hut or something because their customers are complaining that the pizza ads are next to pornography.

It takes some spine at the MTA to stand up to bullying like that, and typically that is in short supply.

I’m not sure Viagra and Sex Toys are necessary the same thing. Would the MTA allow ads for a fleshlight? There are people who are offended at the concept of sex being pleasurable instead of simply for procreation

So Viagra is marketed as a tool for procreation? I’ve yet to see that ad.