It’s amazing how this comic captures our current era in both a very comedic yet depressing way. I’m laugh-crying every time. Every. Time.

How are TtDB’s Pelosi and Schumer more effective than the real ones?

Totally down with the “I can’t even” movement. We hold these truths would be self evident, that … black lives matter; following and not undermining advice from experts matters; political appointees matter; norms matter; functioning government matters; transparency matters; moral standing matters; the Gini index matters.

i like the language call out about “politicizing”. the other ones that get me are “divisive” and “polarizing”.

no. no. one “side” is making things up, and everyone else is trying to maintain a connection to reality.

i don’t know what the right word is. maybe there isn’t one, and the whole two sides framing needs to be excised forever

Hint: it rhymes with “Yahtzee.”

Could also be characterized as an instance of the fallacy of the golden middle.

So many centrists think they’re always safe being halfway between extremes.

“On the one hand we have proudboys in the streets advocating killing all the gay people. And on the other side we have Antifa who don’t want any gay people killed. Obviously the correct and moral thing is to let the proud boys kill half the gay people. We’re not ectremists after all.”

here’s one from today on bunkerboy’s falsified sat scores: 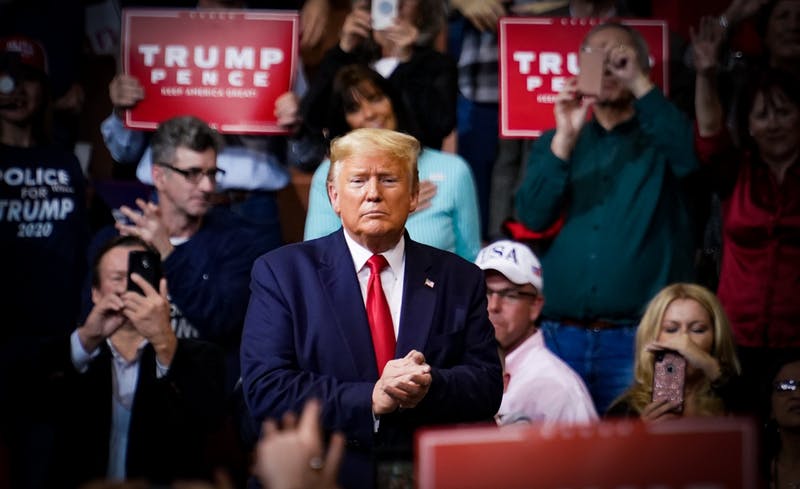 The correspondence, exclusively obtained by The Daily Pennsylvanian, represents one of the most overt instances of Penn professors speaking out against Trump, a 1968 Wharton graduate.

The efforts to investigate Trump’s Penn admission are part of a larger issue the school has faced since day one of his presidency — how to deal with a graduate who is at once the most powerful person in the world but also a deeply polarizing political figure.

polarizing to me means would mean groups have diverged ideologically.

yet while he has emboldened white supremacists, most people haven’t changed their positions on mortality and decency.

so he’s enflamed existing tensions, and helped to further radicalize the right wing - but polarized? both sides haven’t moved. just one side has

how to deal with a graduate who is at once the most powerful person in the world but also a deeply troubling political figure.

or maybe just leave out the second clause altogether…

so he’s enflamed existing tensions, and helped to further radicalize the right wing - but polarized? both sides haven’t moved. just one side has

I’d also say that socialists are more likely to say that they are socialist now, but I don’t know whether that is because of Trump, Bernie, or because it has been 30 years since the Soviet Union dominated socialist theory and the world has moved on.

The whole comic will be plausible in a few months. Happy Election everyone!

What frustrates me is: As a liberal, I want to use the language “my side is right / their side is wrong”, but that’s exactly the language they, the wrong side, are using.

I basically have to wait for a trial, a war crimes tribunal, or Revelation, before I can definitively know if I am on the “right” side.

That’s perhaps the most Enlightened Centrist™ take I’ve ever heard.

I don’t think reality bends to language. If “your side” and “their side” are using the same language, that doesn’t mean you are even saying the same thing, let alone that you are equiprobable to be correct.

but that’s exactly the language they, the wrong side, are using