Newsmax points out that Trump can run for president from prison

Originally published at: Newsmax points out that Trump can run for president from prison | Boing Boing

Watching Newsmax talk about Trump reminded me of watching a cat lick a dog’s eye goo.

I love this quote!

I think he should be encouraged to run no matter what. Even if he loses the GOP primaries. Run as an independent, Donnie. Always run. Don’t let the GOP keep you down!

Don’t forget Liz! A three-way split would be best. And so utterly enjoyable to watch.

But you can’t hold campaign rallies from prison.

But you can’t hold campaign rallies from prison

The GOP will push for a special work release program, or I guess in Trump’s case a “jerk release” program. 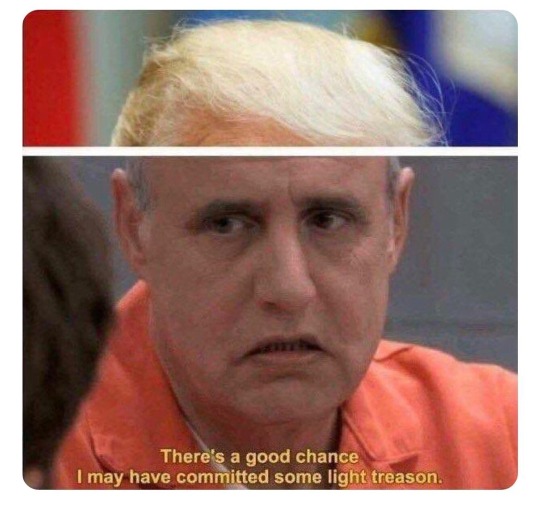 This is the kind of logic I heard from a lot of people* in 2016: It is so funny that he’s running! I hope he gets the nomination, ha ha ha ha. I’ll just have some popcorn and watch the GOP trainwreck! Tee-hee!

ETA: *white people. Never heard that from a BIPOC.

Worked for Lyndon LaRouche, after all.

He’s entirely welcome to run from prison. I 100% hope that is his future. Not only does it mean he goes to prison, it means that’s the literal best thing the GOP can summon up from the depths of hell to be on their ticket.

We are swiftly moving from “And if it was, I didn’t mean it.” to “And if I did, you deserved it.”

So this brings back memories.

In the early 90s I was walking home late at night from a party (well stumbling would be more accurate). And there I see a whole bunch of posters:

“Lyndon LaRouche: He’s in jail because he won’t sell you out!”

“Lyndon LaRouche: The only man George Bush fears enough to put in prison!”

Well I decided to liberate a bunch of them from the telephone poles and put them up in my apartment. Even gave a few away as gifts.

Unfortunately lost the rest 4 or 5 moves ago.

The debates will be interesting. Live from the prison yard - Donnie in an orange jumpsuit.

He won’t need that jet anymore. No rallies- no fundraisers - no photo ops.

I assume his first official act would be to pardon himself. Then he’d have to decide between golfing and getting revenge…,

Section 3. No person shall be a Senator or Representative in Congress, or elector of President and Vice President, or hold any office, civil or military, under the United States, or under any State, who, having previously taken an oath, as a member of Congress, or as an officer of the United States, or as a member of any State legislature, or as an executive or judicial officer of any State, to support the Constitution of the United States, shall have engaged in insurrection or rebellion against the same, or given aid or comfort to the enemies thereof. But Congress may, by a vote of two-thirds of each House, remove such disability.

Which is to say he can run for office but can’t hold it? That alone is an entertaining thought.

Which is to say he can run for office

Not if he he is in prison for having…

engaged in insurrection or rebellion against the same, or given aid or comfort to the enemies thereof.

I wonder who actually holds the reins in determining where the incarcerated President-elect serves his term? If some warden digs in his heels, can he force Trump to serve it out at Lompoc? Exactly who is the person who overrules that person and decides that, no, Trump can serve out his term in the White House (with an ankle bracelet). Does he apply for, and is given, “work furloughs” to meet with the G-7? And what happens when Trump saws off the bracelet and goes off to play golf at Bedminster?