I am trying to remember what DVD special feature I saw this in - want to say Howl’s Moving Castle? - but here’s the 411.

First off, they have actual actors do the voice over work, not just random voice over artists.

Secondly, the Japanese language and Japanese don’t inherently sync up that well. Disney works on the dialogue so the lip movements sync with the dialogue nicely, which is apparently no mean feat and takes a lot of thought.

Third, there are also different expectations about logical jumps that Japanese audiences are used to - that is, sometimes in Japanese film they don’t connect all the plot points explicitly. Apparently Japanese people are used to it but American audiences aren’t comfortable with it. You will notice in many Ghibli films there is dialogue that goes on when no one’s lips are moving. A lot of times this is extra dialogue put in to make the plot work better for a Western mind.

I really love the film Panda Go Panda! and last year bought that for young relatives as gifts. And the bamboo is great!

As dubs go, yes, they’re about as good as you’ll find, from a translation and adaptation perspective. I’m not a fan of dubs, and much prefer to watch subtitled movies, but yes, the Disney-produced dubs are generally excellent. I can’t speak to Castle in the Sky, as I haven’t seen its dubbed version.

Meanwhile, still waiting on Blu-Rays of Spirited Away and Princess Mononoke.

Anyone else see that the boxed set has different DVDs pictured from those listed on in the text? Pictured in the box are “Bonus Disc”, The Wind Rises, Ponyo, Howl’s moving Castle, Spirited Away, Princess Mononoke, Porco Rosso, Kiki’s Delivery Service, My Neighbor Totoro, Castle in the Sky, Nausicaa, and The Castle of Cagliostro. The text says “My Neighbor Totoro, Nausicaa Of The Valley Of The Wind, Whisper of The Heart, Kiki’s Delivery Service, Howl’s Moving Castle, The Cat Returns, Porco Rosso, Castle In The Sky and Spirited Away.”

Curious; I thought the licensing for Castle of Cagliostro was substantially different than all the other films. Maybe that only applies to the US?

(Quite possibly the best of the bunch, Cagliostro. Everyone should see that.)

Disney also brings in the writer and translator to the control booth along with the director when doing VO work. So questions from the actors can actually be answered based on the original dialogue.

The solution to good dubbing is simply “money applied well and often.”

The licensing around Cagliostro is confusing at best. It’s not a Ghibli movie, so it wasn’t part of the original Disney/Ghibli distribution deal, but Disney & Ghibli put out a Japanese box set of Miyazaki films a few years ago and included it. I’m not sure how that affects the American release.

Isn’t it fun to be condescending and dismissive on the internet?

My only experience with Dubs was Spirited Away and Kiki’s Deliver Service. Spirited Away, both being a better title, I think pulled actual kids as their VA’s. I remember some of them were on Hey Arnold! back in the day. I can’t say anything about Castle, or anything more recent.

I don’t know, i remember renting that from Netflix years ago back when i still got discs from them. I was really excited because i’m a huge fan of Lupin the 3rd, and i was rather underwhelmed by the film. I’ve seen other Lupin films that i enjoyed far more. I don’t know, i might have to rewatch it again sometime but i’m not sure the experience will be that much different. 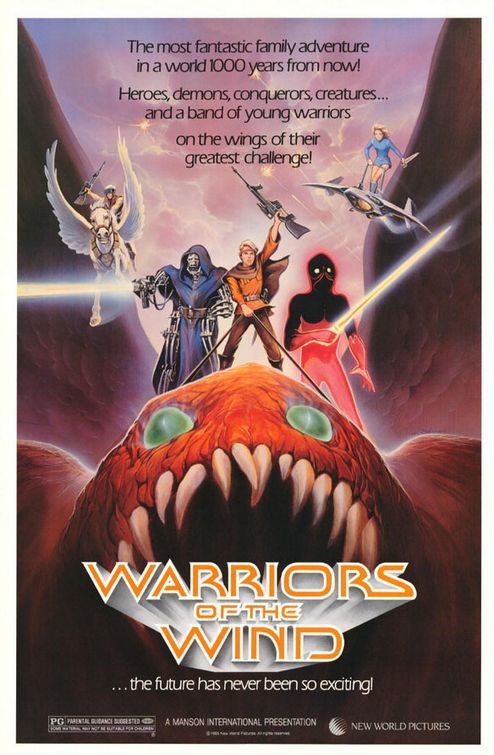 P.S. I refuse to by a “dub version” unless it consists of a decent amount of reverb and an insane amount of echo. And certainly not if the vocal track is remotely recognizeable. #ripoff

I haven’t owned a television/dvd/blueray in over 8 years…I find it sad that I could not find a digital version for purchase even after 10 minutes of looking.

Yeah, after about fifteen minutes, it’s time to start shopping for a disc player.

But, seriously-- bluray has been out since 2006, and the studios are still rereleasing the back catalog. I’d like to see Sense and Sensibility, *the age of innocence", and A Very Long Engagement on Region A bluray. but apparently those titles haven’t been released yet. Yes, they have been available on dvd, but–… picture quality. For instance, Amelie looks amazing in HD.

And commercially legitimate streaming services are younger than that. I don’t think its a matter of bluray being a supplanted technology, either.

I get the impression that most Lupin #3 enthusiasts don’t care much for Miyazaki’s take. I loved it, but then I’ve never seen any other L3s.

[quote=“Grey_Devil, post:33, topic:47194”]I’ve seen other Lupin films that i enjoyed far more.[/quote]Do tell. Which ones? (There are so many of them, and there are definitely a few that are considerably worse.)

Hey, @beschizza, I thought there were going to be disclosures about affiliate links? Or is that only at the very bottom of your gift guides, after you’ve posted dozens of affiliate links (which is to say they are only visible if you click through and examine the entire damn list)?

Well, here’s the thing, English dubs are generally terrible, the disney Ghibli dubs are awesome by comparison. It’s always bothered me that lip sync is somehow more important than a good performance.

Other countries have been routinely doing dubs of american movies and TV shows so they seem to understand how to make dubs work and generally do a decent job of it.

But the Disney dub was definitely better than most any other dub out there. This is true for the spanish dub as well, you can compare the Disney spanish dub for Kiki’s delivery service with the most recent Zima dub and there’s a really big difference in the quality of the voice acting.

I agree on the lip synch. Honestly, i would rather have the synch be off (by a little or a lot doesn’t matter) as long as the performance or dialogue wasn’t forced. Spanish dubs generally don’t bother too much with the synch because it’s usually impossible, but the average quality is pretty good. Granted there’s a pretty huge market in spanish dubs even outside anime so there’s a good pool of talent there, i’m sure that can’t hurt either.

Still, and this is not directed at you, always try to watch with the original audio. Only time i’ve gone out of my way to watch in english is for laughs. God i’ve seen some really really bad dubs before with a group of buddies while drinking, the worse the dub/anime the better.

An example of a really well done dub, to my mind, is the English version of Ernest & Celestine. It’s terrific in its original version, but Forrest Whittaker does a great job as Ernest.