i’m honestly surprised he went along with the suggestion to pick something else. i mean, they asked, and he’s the scientist, and that was his answer.

It’s not like he’s some special witness here. If he said no they would have just found someone else to take his place.

Personally, as a fellow journalist, I think he did the right thing. He was able to be a voice for real science in a place that doesn’t get enough of it AND he was able to publicly point how how that place filters what news its viewers see.

By now, this type of ludicrous behavior at Fox should simply be expected. The on-camera nincompoops are only marching to the orders of Roger Ailses, There is little to no real reporting on actual events unless they fit the neocon-tea party narrative. Everything else gets sneers, inane banter aimed at your crazy bigoted old uncle and hysterical, paranoid aunt…or good old fashioned lies and misdirection. The audience knows what its getting and they are fine with it. They buy into it because they want to buy into it. Factual discussions about climate would induce severe cognitive dissonance that would ruin everyone’s day. Such stuff does not get programmed.

The challenge for any good scientific communicator is how to slip some things past the director and leave the couch bozos fumbling for words…or at a complete loss. Such commentary is a much needed art form these days.

well, sure, i get that. but wouldn’t standing up for your principles have been the better option?

ok, this makes sense to me. nice rationale - this works for me.

What the fuck is this Benghazi carry-on? I’ve seen nowt in the news in Merrie Olde Englande. Does that mean it’s completely made-up, or true, or what?

This is good news, of course. It means that Obama has won completely on Obamacare. It’s basically a white flag and prostrate begging.

American diplomats were killed in Libya. The opposition has been trying for over a year to find a reason it’s Hillary Clinton’s fault. It’s on right wing radio every frekin day, while the rest of us have moved on.

Do Boing Boing readers vote? I know it seems like a waste of time, and many of the folks I vote for lose, but somehow we have to defeat this anti science , anti education movement that is turning the US congress into a juggalo gathering. (Some offense intended) Problems that could be solved (lets go solar) are ignored and we are going to sink unless people who want progressive change show up this November.

How do politics work when a very small percentage of the populace control a very large percentage of absolutely everything? Badly.

The Koch brothers are supposed to have 2 votes between them. A more accurate # would likely range into the millions. Add Ailes, Murdock, etc and you see how progressives have an uphill battle, even with every progressive casting their vote.

Yeah, plus I love how offense is intended as if everyone else but the commenter hasn’t participated in their civic duty. The problem is that they have, and in spite of votes, policies are drawn for those like you mentioned, but the voters receive the blame.

Personally no. I am disillusioned with the whole system and have been for a while, although it took until a year or two ago for me to realise that I was libertarian-socialist.

I remember this quote from Stuart Craft, an Oxford city councillor when he announced he wasn’t going to stand again.

I couldn’t stand on people’s doorsteps any more, telling them we were going to change things when that wasn’t going to happen.

If the politicians can’t make a difference, then what is the point of voting? We don’t need a new party running things, we need a new system!

Well, duh! If you’ve got a show called “Fox and Friends”, the obvious question is “Ok, so who are Fox’s Friends, and what do they want to have covered on the news?” And somehow none of their friends want anybody covering climate change, especially if they’re saying it’ll do bad things for a long time unless we do something now to stop it.

This article is nothing but a smear campaign!
I am shocked that the denizens of Boing Boing would impugn the integrity of Fox and Friends – their commitment to telling the truth and nothing but the truth is beyond reproach… Just look at how they have provided their viewers factual data about the ACA: 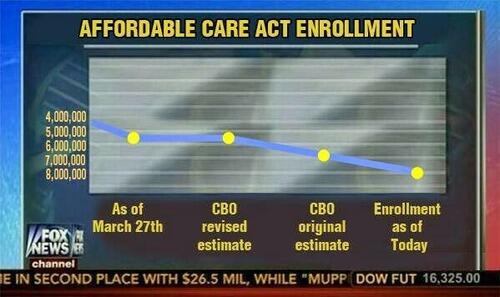