No one wants to host the Olympics

I like the sporting events involved, but the Olympics would be far better served to have the summer games in one city only (Los Angeles fares well at these sorts of events), and one winter city only (somewhere in the Alps, most likely) and call it a day. Or maybe swap between a couple of cities (Paris-LA-Paris-LA). I’m sure there’s some involved in broadcast rights and sponsorship and stuff, but the really bad hard to see stuff is in the bidding / construction deals in cities barely capable of managing. Find a couple of venues with appropriate facilities and stick with them. 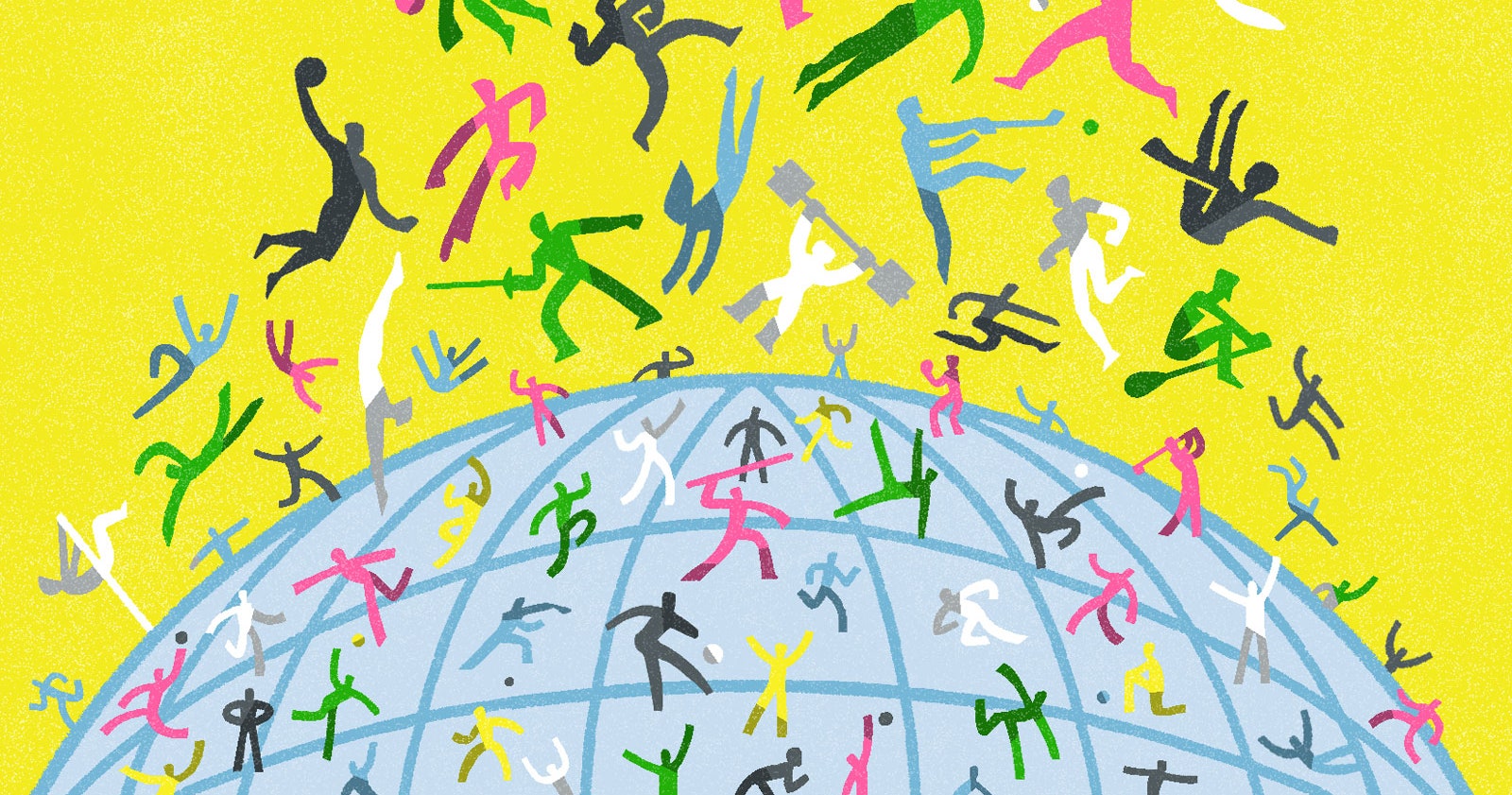 Here's an Idea: Hold the Olympics in Multiple Cities at Once

Hosting the Games is a financial disaster for any city. Stop spending billions hosting olympiads in individual cities and instead distribute them.

This is what will bring multiple principles to the bargaining table at ounce, might just work too.

Or they could have individual Olympic sports, one at a time, constantly, all over the world at suitable venues. Charlotte, NC has a world-class kayak course, for instance. Then cities wouldn’t bear the insupportable expense and effort of hosting monster crowds of athletes and spectators at single-use multi-purpose venues they’ll never need again.

Then maybe some of the lesser sports could get some air time, instead of being blotted out by gymnastics and track & field. Wouldn’t you be more interested in watching the Olympic Hoverboard Finals than in hearing more mean-spirited criticism of tiny female gymnasts?

Living in the Washington, DC area, the media goes nuts with speculation every time there’s a bid for the Olympics. If we ever get them announced as coming here, I consider that my deadline to move far, far away.

LA had to be bribed with a $1.8B “grant” from the IOC to agree to host the games.

That reversal of business-as-usual must have really grated on the corrupt scumbags who run the IOC.

The Olympics have become like a feudal monarchy. They travel from place to place at the expense of the inhabitants. Originally there were some benefits to rotating kings - you got the chance of hearing your lawsuit without having to travel at enormous expense to the capital - but as royal trains got bigger and bigger the expense became more onerous until nobody wanted them any more. (In the time of Elizabeth 1, Sir Nicholas Bacon refused to build a vast mansion to accommodate royal visits. When the Queen complained that his house was too small, he ingeniously replied “My house is well enough, your Majesty, it is you that have made me too great for my house.”)

For the answer, of course, look to the solution adopted by the French in the 1790s.

The guillotine? Or was that later?

“Introducing a new twist to the shot put!!!”

“No one wants to host the Olympics” …except the 2 cities that really want to host the Olympics and just got 1. For all the scandals and everything that scared off multiple cities, here are Paris and LA, 2 very large Western cities that have been at this for years, if not decades, and now they’ve been rewarded. And no, LA didn’t need to be bribed… they leveraged to terrible state of the IOC into a more favorable deal for them. If only 1 city had been chosen, I imagine LA would have been back at it again trying for the 2028 Olympics. Instead, they get that uncontested. I’d have taken that deal as well if I was them.

These solutions about multiple cities and semi-permanent hosts don’t seem viable to me. You can’t put the burden on a city like LA to do this at regular intervals. They have a lot of the facilities and infrastructure, but will they benefit from spending billions more on things like security and temporary overlays for venues if they had to do it again 20 years later? Probably not. Spreading things out to multiple cities doesn’t seem like a solution either. Most sports already have their world championships. What’s the point of the Olympics if they’re all over the map? Not to mention what it would cost to have security and media coverage in all those locations.

There are hundreds of hours of coverage on TV and online. If there’s a sport you want to watch, it’s out there. There’s so much more out there than track & field and gymnastics if you know where to look.

You know what would clean up all this mess? Stop televising the Olympics.

For good measure, they could have it on Mount Olympus every four years.

Can we send LA’s mayor to the White House? Dude appears to have a good grasp on the art of the deal.

Where did the IOC got $1.8B to throw around? Or does the IOC normally expect host cities to somehow cough up $1.8B for something?

I use to like the Olympics until I read how people in other countries are treated badly in terms of the land usage. Frankly, I hope it just collapses under its own weight. Maybe then rich people will figure out that people shouldn’t have to subsidize their boutique hobbies.

There’s been a lot of investment and tax breaks for stadiums since 1984. Staples Center (1999), StubHub Center (opened in 2003 as “Home Depot Center” & the new home of the L.A. Chargers NFL team + L.A. Galaxy soccer), a number of theaters, the indoor Sports Arena now being replaced with a soccer stadium, Hollywood Park being replaced by a football stadium for the L.A. Rams. Whether those investments will pan out remains to be seen (Rams tickets at the Coliseum, for example, were going for $6 on Stubhub last weekend).

I am proud that after my home state of Colorado was selected to host the 1976 winter olympics, voters rejected funding for the games by referendum, with the environment being a top concern.

(Of course now one can hardly spit without hitting a fracking rig on the front range and western slope. Sigh.)

Even if they picked up to six permanent locations (to balance out sites across hemispheres), this is a much better plan than the wasteful system they’ve got now.

Tell them they can crash at my pad as long as they bring pizza (NOT Jimmy John’s). I got Netflix.