And as is often the case in a great movie the music is a part of it. 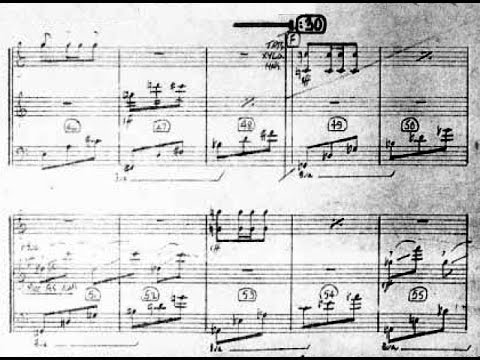 “I’ve got a job, a secretary, a mother, two ex-wives, and several bartenders who depend on me, and I don’t intend to disappoint them by getting myself slightly killed.”

Or something to that effect. One of my favorite Cary Grant lines in the movie.

The other one is: “These two men poured a whole bottle of bourbon into me. No, they didn’t give me a chaser.”

It helps to have the perfect actors saying the great the lines.

I’ve seen it dozens of times but will still stop and watch it if I come across it while channel surfing.

Fun fact: The direction “North by Northwest” does not exist. The name for the direction 11+1⁄4° west of north is “North by West”. 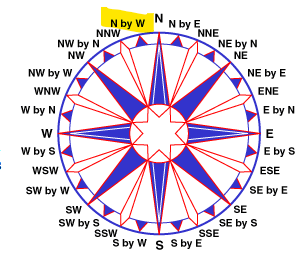 “By” in a compass direction can only be followed by North, South, East, or West. I assume the intent was to minimize the number of syllables when giving commands to the helmsman.

So names like the South by Southwest music festival and others using the same formula were designed with malice to drive mariners crazy.

“By” in a direction can only be followed by North, South, East, or West.

Last time I visited Canada I traveled North by Southwest, then changed planes in Seattle.

No wonder your luggage was lost.

Same here. One local theater has a Hitchtober where they show a weeky hitchcock film on the big screen throughout October. North by Northwest shows up every couple of years.

When I was a kid I spent too many Saturday afternoons watching the Creature Double Feature on local TV. It was almost all movies made before I was born. And Buster Crabbe serials. I loved Buck Rogers and Flash Gordon. They were cheesy and cheap and awesome.

Next time you watch it: during the scene in the Mount Rushmore cafeteria when Eve Kendall “shoots” Roger O. Thornhill, look for the little boy who blocks his ears before the bang.

I deemed any movie that came out prior to 1980 unwatchable.

@dnealy
By now you ought to have explored the Marx Brothers films too, right?

I LOVE the Marx Brothers.

I’m actually quite the classic film buff in the present day.

That’s because it was a line from Hamlet.

a line from Hamlet

“I am but mad north-north-west. When the wind is southerly, I know a hawk from a handsaw.”
― William Shakespeare, Hamlet Act 2, Scene 2

Hamlet says “north-north-west”, which is a legitimate compass bearing (22 1/2 degrees west of north) not “north by northwest”.

That’s where Ernst Lehman (who wrote the script) took the title from.

And, as I said, he got it wrong. Shakespeare got it right.

I just found that Hitchcock knew, possibly after the fact, that the title was bogus.

What Does the Title “North by Northwest” Mean? | Watch | The Take

North by Northwest (1959) was actually a working title for the film. A few potential titles were being tossed around and nothing better was ever…

In 1963, Hitchcock said, “It’s a fantasy. The whole film is epitomized in the title—there is no such thing as north-by-northwest on the compass.”

Yes, I get it. Your original point is secure.

Just as a sidenote, in all my time on the bridge of merchant vessels, I’ve never heard a pilot, master, or mate use those for directions or orders. It’s always the numerical compass heading, or points deviating from the current heading.

Right, points aren’t accurate enough for many modern purposes. Degrees (or mils or grads) are more precise and easier to understand, at least for me.

The film had such a knockout score that I’m surprised it wasn’t used in the trailer. Perhaps it hadn’t been finalized when the trailer was assembled.