there was no damage to his shirt or arms, according to the FBI.

That seems like a pretty obvious flaw in his story.

Hoaxer: Hello, I’d like to report that someone just blew me up with a bomb.
9-1-1 Operator: Dear lord! Do you require medical assistance?
Hoaxer: No, Why?

Indeed, smouldering, or it didn’t happen. 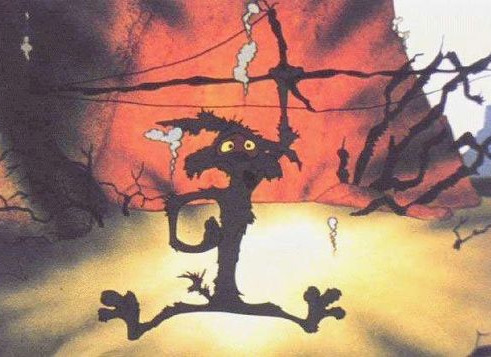 This does seem to be an odd way to get out of a new job.

Perhaps he was jealous of Ted Kaczynski’s victims? Whatever the reason for pretending he was a bombing victim, he did succeed in spectacularly imploding a career.

Is it possible he was wearing his VR goggles when he opened it and just went through a very convincing simulation of an explosion? /s 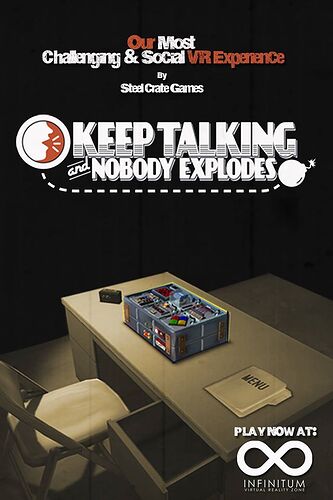 Seems like a cry for attention, but I suppose it could also have been an attempt to attack someone else (i.e. “This person/group I don’t like tried to blow me up!”). Though I’d think in that case, it would have been a more convincing set-up.

Man, this guy really didn’t put in even a minimal amount of effort to make this look plausible. Here’s a photo of the threat letter and the case from the FBI complaint: 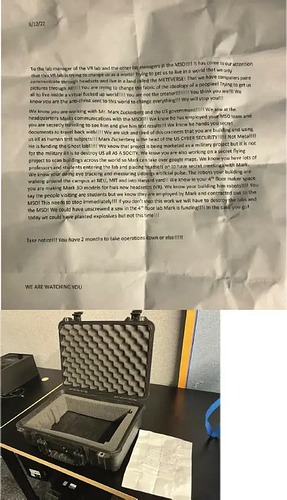 This seems like about the stupidest possible crime to try to pull.

It involves bomb claims and a school so he probably technically meets the minimum standards for a bunch of charges that were written for actual terrorists, plus the usual raft of stuff you get for lying to the feds; and he apparently had not even an as-seen-on-TV grasp of what bomb damage looks like, much less the chemistry required to produce convincing residue for the forensic team(and, since it’s supposedly an actual bombing, odds are decent that one that actually cares will take a look). Then there’s the lack of obvious benefit.

If you want to fake up a workman’s comp claim I’m sure that there are a lot of more legal ways to slip and fall while wearing VR goggles; if you want to bask in attention and/or gofundme a good, old-fashioned, fraudulent serious illness seems like a better choice; and if some aspect of the plan does require being a victim of violent crime or serious threats putting a couple of bullets through the windshield of the car you were allegedly in, or turning up with bruises and vague claims of having been jumped seems like a much less complex story to hold together; and probably one that will attract less intense scrutiny.

Reading that hoax threat letter he wrote my wild speculation is that he is a superfan of the Metaverse and the VR future (such people do exist- sadly one of my old friends adamantly believes in the Zuckerberg Metaverse and spends way too mich time there) and perhaps he was growing tired of defending this position to skepics, so he came up with an idiotic scheme to make the skeptics seem like a group of crazies in the public eye. But who the hell knows.

I haven’t seen the new movies, but it sounds very much like what they would do on the old Mission Impossible show. Use sfx to convince their target something unlikely had happened, grab the data they need from him, have him incriminate himself and leave no evidence they were ever there.

So the “Director of New Technology” leaves a digital copy of the threatening letter on his office computer?
Has this guy ever watched a cop show in TV in his entire life? He must have wanted to be caught.