There are always exceptions to “nil nisi bonum”. This creep certainly deserved one.

I am a bit surprised to find that he didn’t run for office as a Republican at some point in his life. He would have fit right in with that bunch. 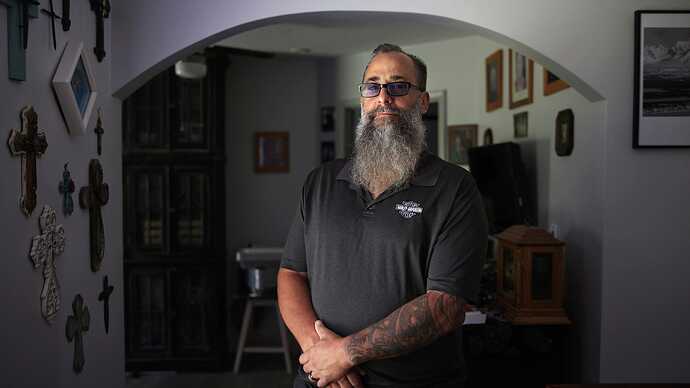 Larry Pfaff's brutally honest obituary of Lawrence H. Pfaff Sr., 81, drew a lot of attention. It speaks of an abusive father who abandoned his family.

But those words clearly resonated with other people, some of whom said they wished they had told similar truths about their own parents.

Likely would have, but I was out of the country at the time.

“We regrettably published an obituary that did not adhere to our guidelines and we are looking into the matter further. We regret any distress this may have caused,” the spokesperson said.

Cowards. The only person who’d be distressed by this obituary is its subject, who’s as incapable of being upset by it now as he was of loving anyone but himself before he relieved the world of his presence.

Dude died twice with that savage take down.

That concept has always been odd to me; as if dying somehow negates the truth of how someone acted while they were still alive.

One can only hope he’s rolling over in his grave, because that would be a good excuse to open the casket and drive a stake through his heart.

The money and effort both apparently extremely well spent, and, perhaps only anecdotally, proving a couple of the core requirements of psychotherapy.

We need more “Speaker for the Dead” like this obit.

The original obit appears to have been pulled down. Here’s the Google cached version:

Damn! I’m expecting a “Meh” for my obituary.

"They say don’t speak ill of the dead, but it’s the ideal moment. They can’t harm you.”

If I had to, I think the nicest I can come up with for one parent is, “I think they truly tried their best, but sometimes one’s best just isn’t really very good.”

As a Korean-American, I love speaking truth about family like this, but the Korean culture part of me is held back by the old world phrase: “Like laying on your back and spitting in the air” where said spit would eventually fall back onto one’s face; however the American part of me cheers this kind tell all tact.

As pure speculation with no evidence, I bet many reflexive authoritarians in their audience were just freaked out by this. An elder male authority figure, especially a policeman, is supposed to be above reproach. Only remembered well, never remembered at fault.

Even suggesting a former top dog could have such toxic flaws, reveals fearful possibilities about the whole hierarchy they’ve been brought up in. And sunk cost fallacy means they’d rather hold onto that worldview, than admit all the pain they felt and possibly caused was just for nothing. That it was for no good at all.

looks to be back up: Lawrence Pfaff Sr. Obituary - Florida Times-Union

maybe the site crashed due to interest or they realized they were being spineless.

Personally, I’ll have a lot of respect for anyone who shows up at my dirt nap party just to make sure in dead.