In other words: this is absolutely the legal future that some anti-abortion activists want.

I’d say most anti-choicers are looking for this outcome. Anyone thinking this precedent will apply only to drug addicts is fooling themselves.

An OBGYN testified on the stand Tuesday as an expert by the state.

Was this OBGYN the defendant’s doctor? Can they do that?

Not looking forward to the day when a batch of fundie do gooders appoint themselves investigators of any miscarriage that they deem “suspicious”. There is pretty much a 50% chance that the American Taliban will rise to power someday.

so much rage, so many assholes. 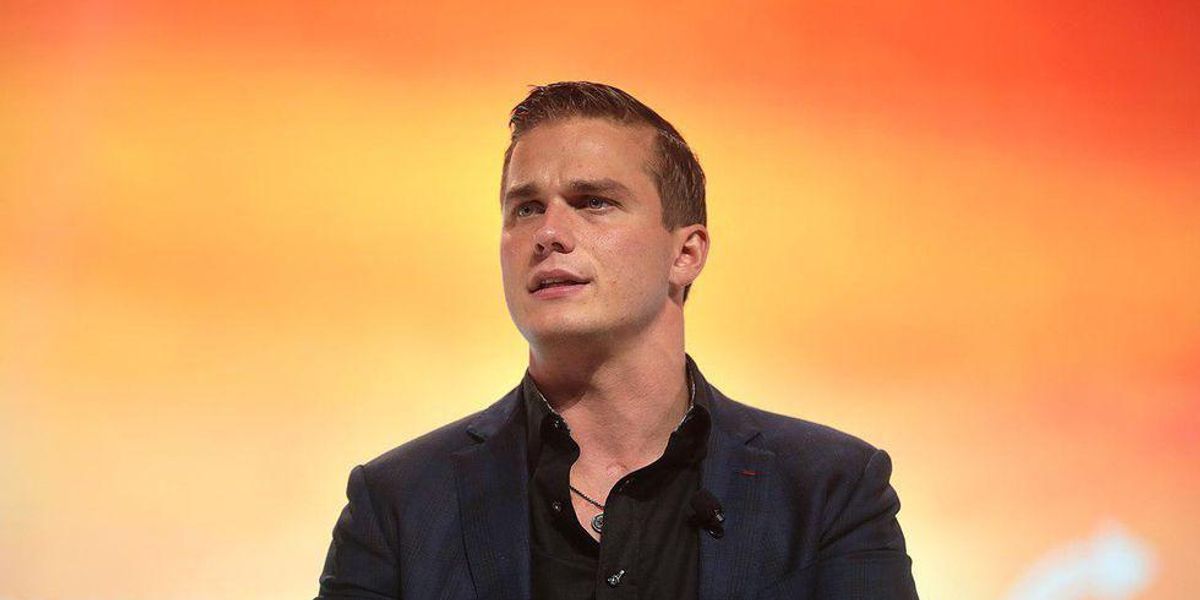 U.S. Rep. Madison Cawthorn (R-NC), facing growing and heated opposition from North Carolina Democrats and Republicans, is now being accused of calling for a "holy war" after posting a clip from a speech he delivered a week ago at the North Carolina...

Anyone thinking this precedent will apply only to drug addicts is fooling themselves.

There is a well known phenomenon of women getting upset reading What to Expect When You’re Expecting (especially earlier editions) because it talks about the incredibly long list of risk factors for miscarriage.

Then there is the issue of trying to understand what the cumulative effect of risk factors is – it’s beyond OBs to really know most of the time while a woman is pregnant, let alone the woman herself.

But after the fact, a zealous prosecutor could easily pull together a laundry list of minor factors and file charges.

This is a tough one for me.

I don’t like the dark evil future that the anti-women’s choice movement is going with, and I also think it’s kind of irresponsible to say that a miscarried fetus that has methamphetamine, amphetamine, and whatever that third drug is (I’ve seen heroin, fentanyl, and cocaine all mentioned but no evidence/source, other than it is a controlled substance) isn’t put at risk of death by the person’s actions.

If this were someone who , say, drunk drove, hit a pregnant woman, and killed the fetus she was taking perfectly good care of , wouldn’t a case of manslaughter be warranted?

And they did in this case. Because Brittany is a POC and poor, they break their own laws to get a conviction. If she had been a wealthy white oxy user? Never would have seen charges filed. I hope there is a gofundme so she can get a better lawyer for the appeal.

it’s kind of irresponsible to say that a miscarried fetus that has methamphetamine, amphetamine, and whatever that third drug is (I’ve seen heroin, fentanyl, and cocaine all mentioned but no evidence/source, other than it is a controlled substance) isn’t put at risk of death by the person’s actions.

she was charged with manslaughter.

doesn’t it need to be proven beyond reasonable doubt that the drug use led to the miscarriage?

Allegedly, yes. As others have pointed out, though, this is yet another example of how we have tiered systems of “justice” in this country. In this story, the legal system isn’t even following its own laws. A poor person without a support network is basically screwed in this situation.

When I first read it, I thought “what is the point of prosecuting this woman? It’s not to prevent her from doing it again. And it’s not to try and get addicts to stop taking drugs while pregnant, because, you know, they’re physically addicted, taking drugs is what they’re going to do, legal threats aren’t going to change their mind, they need treatment.”

Then I read your comment and went “oh yeah, it’s not about her, or about addicts, it’s just about ratcheting the window open to ban abortion outright”.

isn’t put at risk of death

It’s not. Because it’s a fucking fetus and cannot die.

by definition a death caused or potentially caused by negligence.

Again, it’s not a death. It’s not a living being. It’s a fetus… in a woman’s body. A woman who is actually alive and is going to have her life utterly ruined instead of getting the help she needs for substance abuse.

If this were someone who , say, drunk drove, hit a pregnant woman, and killed the fetus she was taking perfectly good care of , wouldn’t a case of manslaughter be warranted?

If he killed the pregnant woman, yes. If he caused a miscarriage, that is still a violent crime and a horrible thing but not manslaughter.

Besides, as mentioned in the OP:

The Medical Examiner detected a congenital abnormality, placental abruption and chorioamnionitis as well.

Babies are born with medical problems due to drug/alcohol use in utero, but they are born alive. This fetus clearly had a number of medical reasons why the pregnancy was not going to make it all the way.

Which doesn’t apply to a fetus less than 20 weeks. The examiner testified that this fetus was 17 weeks.

Yeah, you only have to look at countries that ban abortions - women who miscarry get prosecuted, frequently. Not because they were drug users, not because they induced an abortion, but just because well, maybe they could have, and that’s enough.

I suppose they see El Salvador as the role model: