“no loose ball bearings” Bull pucky. They would sometimes fall out and roll all over the place.

I’m not surprised at all. I grew up riding the “old school” type board, and currently have a “popsicle stick” one. The weight is a fraction of the old board (including much lighter trucks), and more importantly, the weight distribution is completely different. The new ones are pretty much symmetrical along both the x and y axis, whereas the old school one was only across the y, and had a hell of a lot more weight further away from the center as well.

The ones that I’m kinda surprised made such a comeback are these little guys: 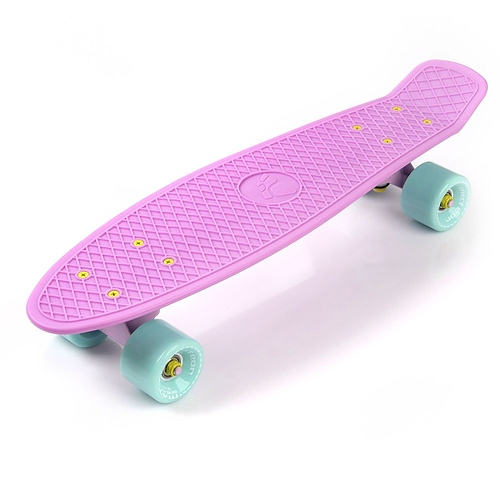 The one that I loved as a kid: 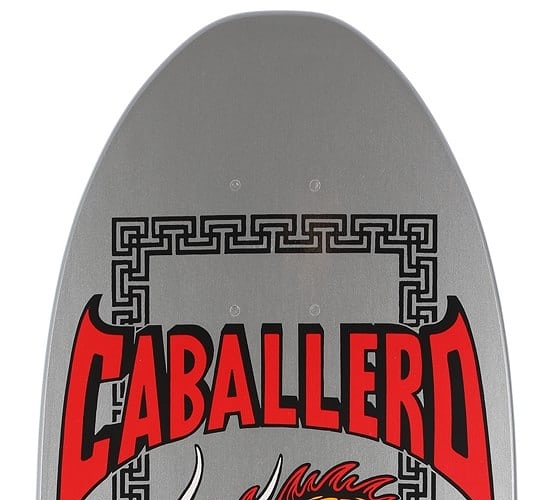 That’s exactly the one I inherited from one of my brothers. We had this long loop of a sidewalk that connected to our driveway and I’d ride it around the loop for hours. It was way better on concrete than asphalt and you had to be sure not to run over/into a pebble.

Wow, I didn’t realize we had the same parents!

Off limits in my house (in addition to your list) were:

KISS (Kings In Satan’s Service)
Elvis (“There is only one real king: Jesus”)
Batman (the embodiment of vengeance and darkness)
Anything with even slightly demonic imagery
Einstein (“What’s your fascination with him? Is it because he was an atheist?”)

Even exclamations you could say on TV were off limits in my house:
“Geez” was too close to “Jesus”
“Gee” stood for the letter G as in “God”, so was in effect taking the Lord’s name in vain
“Golly jeepers” was too close to “God and Jesus”
“Dang” was really “Damn”
“Fudge” was really, yeah, you get it.

About the only expression of awe I could come up with that wasn’t similar to a deity or actual profanity was “Willikers”.

Of course, I thought my parents were the worst. Then my sister married a native Texan and moved to the Bible Belt. Wow. I can’t even describe how much worse that Southern fundamentalism is. I don’t know how her kids will survive it, really.

Indoctrination of children is insidious, especially when you train them that if they don’t do what you tell them the worst thing they can possibly imagine will happen to them. It took me until middle age to get over those fears and allow myself to be an atheist. It was a gradual process, involving many years of arguments with family members, friends, and acquaintances, along with mental debates regarding religious doctrine and applying logic to it (Spoiler: Logic and religion don’t mix). In the end, logic, rationality, and basic human decency won out in my mind over superstition and fear mongering.

My family is from the Bay Area of California and my cousin used to skate around San Jose with Cab. I never met Steve but he sounded like a really cool guy. Cousin had a lot of decks and tee shirts with Caballero designs on them. So, I approve of your taste.

Honestly the conversation has moved past the old/new school dichotomy. A wide variety, from pool decks to cruisers, and “new” school decks come in all shapes and sizes- mine is a 9-ply 8.5” with a slight difference between the nose and tail.

And skaters from the am level and on can skate just about any terrain comfortably, and styles range all over the place. It’s not uncommon to catch 15 year old at the park tryna copy Rodney Mullen or Jason Lee.

Never met Cab, but got to skate with Per Welinder a few times. That guy was insane. He’d ollie picnic tables for shits and giggles.

“Geez” was too close to “Jesus”

Yep, same here. However, my dad being the incredibly repressed hothead he is couldn’t help himself. He could weaponize “dagnabbit!” and “goldurnit!” in ways that would make a follower of the Left Hand Path blush. Plus, his voice sounds remarkably like Hank Hill, so it had that weird, whispery softness that made his “vulgarity” that much more impressive.

If they’d only known that Gene Simmons and Alice Cooper would be virulent right-wing lunatics, maybe you could have enjoyed adolescence a bit more.

Indoctrination of children is insidious

In the end, logic, rationality, and basic human decency won out in my mind over superstition and fear mongering.

The last discussion I had with my father about faith centered around my belief that fear was an illegitimate foundation for belief. He disagreed. Strongly. In that moment I saw that his “faith” was really unresolved fear of his father and desperate grasping for his denied affection. Feeling more mature than a parent is an odd and decisive moment.

I am old enough to remember “Clay” wheels and loose ball bearings.

Good to know there are other survivors of families like mine! I love them, but, man, sometimes it’s really hard. Hang in there!

I will give my mother credit: She did vote for Obama, so she isn’t a complete right-winger like my sister. Unfortunately, she voted for Trump, but her excuse was that she did it to honor my late father, who apparently hated Hillary. She’s definitely seen the error of that vote and won’t make it again. I wish I could convince her that the rest of the Republicans who kiss Trump’s ass aren’t really any better than he is.

In my brain, this will always be what a skateboard is…