France’s Jeanne Calment, who was 122 years old at his death in 1997, is recognized as the longest-lived person on record.

Just for the record, Jeanne Calment was a woman.

It was the UK’s oldest person’s birthday yesterday. 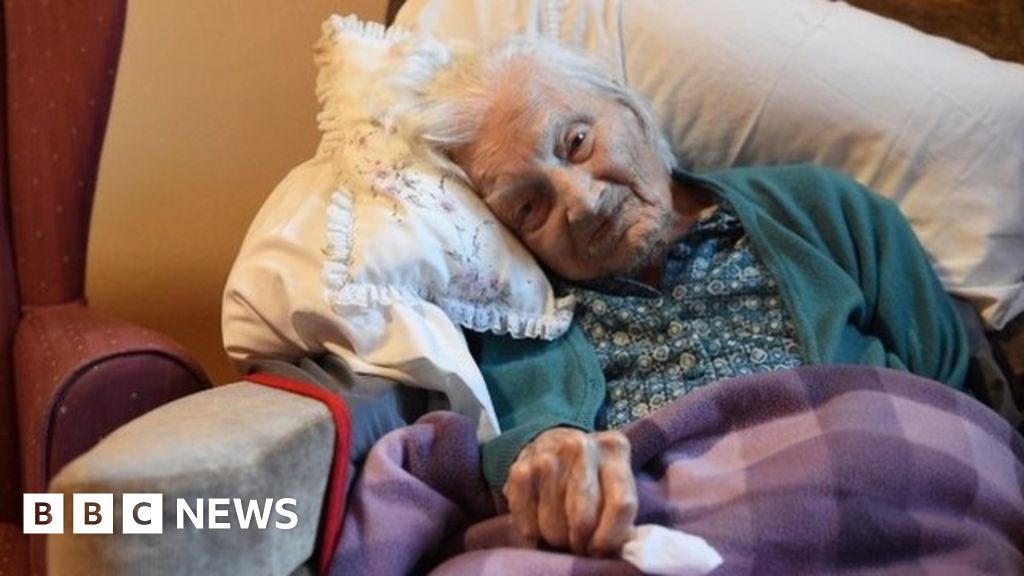 Also, I remember this article being worth a read last year

The Death-Defying Secrets Of The Super-Century Club

If you want to learn lifes greatest secrets, you might want to start with the guys whove lived the longest. Heres some well-earned wisdom from the oldest men in America.

122 years sounds like a chore to me. Imagine spending the majority of your life as a senior citizen.

Yeah, but if I want to live in 3 centuries, that’s my target.

Should I put that in @japhroaig’s life thread?

A prize you don’t necessarily want to win, but once you have it you sure don’t want to lose it.

“not to smoke, drink or overdo it.”

This keeps happening. What if they run out of world’s oldest men? Somebody better get busy and make some more.

First Bowie, now the world’s oldest man… Someone needs to cure this disease!

“not to smoke, drink or overdo it.”

George Burns lived to 100. I’d gladly trade the last 12 years to indulge in alcohol, tobacco and the overdoing of things. Don’t imagine it works that way, though.

All of those records may just be smashed at once if Jose Aguinelo dos Santos really is 126.

She had run down and down and down, and had at last reached a point where medicines no longer had any helpful effect upon her. I said I knew I could put her upon her feet in a week. It brightened her up, it filled her with hope, and she said she would do everything I told her to do. So I said she must stop swearing and drinking, and smoking and eating for four days, and then she would be all right again.

And it would have happened just so, I know it; but she said she could not stop swearing, and smoking and drinking, because she had never done those things. So there it was. She had neglected her habits, and hadn’t any. Now that they would have come good, there were none in stock. She had nothing to fall back on. She was a sinking vessel, with no freight in her to throw overboard and lighten ship withal.

Why, even one or two little bad habits could have saved her, but she was just a moral pauper. When she could have acquired them she was dissuaded by her parents, who were ignorant people though reared in the best society, and it was too late to begin now. It seemed such a pity; but there was no help for it. These things ought to be attended to while a person is young; otherwise, when age and disease come, there is nothing effectual to fight them with.

She was a sinking vessel, with no freight in her to throw overboard and lighten ship withal.

The guy lived through the reign of 4 Emperors, survived American bombers pounding his home town to matchsticks as well as several battles between Godzilla and Mothra, and was probably the only salaryman in Japan ever who tried avoiding smoking and drinking.

The only guy I can think of from Japan who is tougher is Tsutomu Yamaguchi. The man Robert Oppenheimer could not kill!
(Survivor of both A-bomb blasts and lived to 93 years old).

Tsutomu Yamaguchi (山口 彊, Yamaguchi Tsutomu) (March 16, 1916 – January 4, 2010) was a survivor of both the Hiroshima and Nagasaki atomic bombings during World War II. Although at least 69 people are known to have been affected by both bombings, he is the only person to have been officially recognized by the government of Japan as surviving both explosions. Yamaguchi, a resident of Nagasaki, was in Hiroshima on business for his employer Mitsubishi Heavy Industries when the city was bombed at 8:15 a...

How often does the world’s oldest man die?

About once a year, apparently.

Why The Oldest Person In The World Keeps Dying

UPDATE (Oct. 4, 10:43 a.m.): You’re reading a vintage FiveThirtyEight story. Since this article was first published in May, the world’s oldest living person has…

All the while not drinking, smoking, or overdoing it. That’s not living!

A prize you don’t necessarily want to win, but once you have it you sure don’t want to lose it.

It was neck and neck for a while, others catching up, but he pulled ahead in the end and won the contest. When asked how he found the time to reclaim his lead towards the home stretch he said, Well, of course I had to put a lot of contenders on near light-speed rockets to slow them down, but Einstein had my back as the shot clock ticked down (and theirs fell behind).

Yeah, funny fellow, changed the game when I was just getting seriously into the race.

And falling - the same article seems to indicate that now that more people are living longer (closer to the current extreme limits), the gaps between oldest living individuals is on average smaller, so the oldest person dies more frequently.