Perhaps this latest Games will ring the wakeup bell

Unfortunately, no, it won’t. The IOC still gets their big fat paycheck, and the major nations still consider it a mark of nationalistic pride to win as many medals as possible. As long as those two things remain constant, so will the olympics, no matter how transparent and obvious the corruption becomes.

Democratic countries might stop bidding simply because they can’t justify dealing with the IOC (see Norway and the 2022 games) to their voters. But there are plenty of non-democratic governments out there gagging to sportswash their reputations - [cough] Qatar.

Agree to a point - but when host nations, broadcasters, sponsors lose enough money perhaps they will change their tune.

Their motto is "Wada'ya going to do", while wildly throwing their hands in the air.

It’s disgusting, on top of the fact that this girl is a victim of doping-related abuse. I highly doubt she even knew what she was taking.

When I was a kid I used to love watching the Olympics. Thank gods I grew out of that.

Seems that has been the case at least with US broadcasters. The ratings for this year have been dismal, so i’m curious to see how that might affect future olympics. Frankly the OIC and FIFA need to disappear, i can’t even describe their corruption as an open secret… it’s just a known fact.

it is probably wise not to assume guilt just because of where they are from and one sketchy test situation.

And the bronze medal for bothsiderism goes to…

Seriously, Russia was given the Olympics death penalty for dopin athletes consistently, games after games. It’s not like this is out of the blue. It’s smack dab in the middle of the blue.

IANAL, but wouldn’t this violation of the Foreign Corrupt Practices Act bar the IOC from doing any business in or with the US?

Everything can be resolved with…

You’d think so. Certainly the Norwegians (who are absolutely besotted with winter sports) have told the IOC to look elsewhere for winter venues.

And yet LA will be hosting the Summer Games in 2028. Goodness only knows what bribes - sorry incentives - will have been offered.

i’m curious to see how that might affect future olympics.

We know how it’s affected past ones… 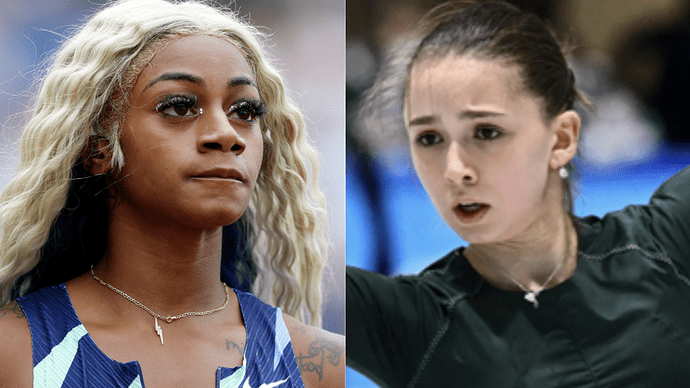 Russia’s Kamila Valieva will continue to compete in the Beijing Olympics, after the United States' Richardson was kicked out for a positive drug test.

Everyone else basically said “Nope, too expensive to run and not worth the effort”

But my view is the only two sides in this are the individual athletes vs a monstrous, greedy industry. So, I really am only on one side here. I don’t enjoy seeing this young woman reduced to the phrase “yet another doped up Russian athlete.”

I get what you’re trying to say, but there is a massive difference in scale between occasional individual doping among athletes and their coaches from a number of countries and the industrial doping scheme of the Russian program.

I’d given up entirely on figure skating, after a great Russian skater wound up with worse scores than another skater who fell on his ass. It took Johnny Weir to bring me back, but they’ve lost me again with this shit.

Now I’ve also given up entirely on the winter games, what with the human rights abuses of the host country, the 100% fake snow, etc etc etc. Fuck it.

And yet LA will be hosting the Summer Games

One would think athletes should be entitled to compete somewhere with better air quality than Beijing or Los Angeles.

In any case, people in L.A. know how to do business with psychotic narcissists. Nothing on that list that Oslo found so offensive would faze them at all.

There have been a few days that it has snowed pretty hard there. In the beginning it was mostly the artificial snow, but all the surrounding land got covered eventually with the real thing. 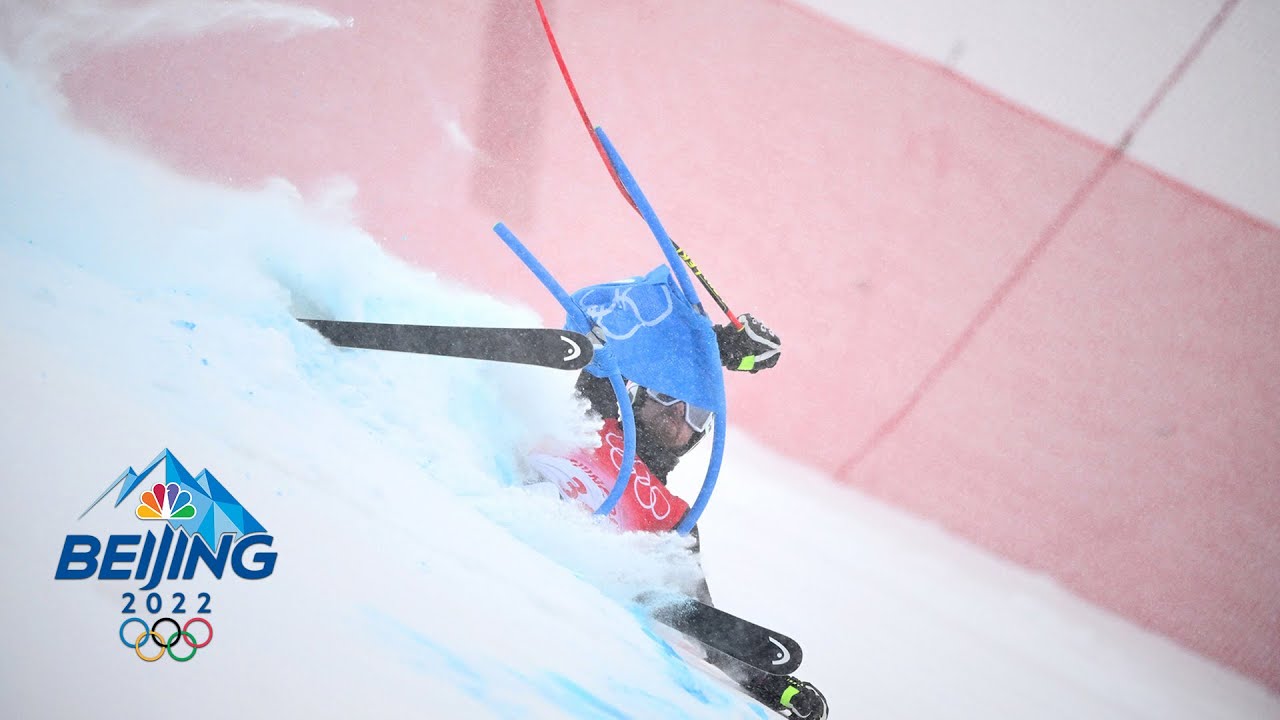 I think it affected the outcome of the mixed team snowboard cross. Could have been a coincidence, but a couple of countries I thought would do well seemed to struggle with it, and old school snowboarders seemed to excel.

Anyway, I don’t watch anything purely “judged” anymore, at all, ever. If it is timed or scored for points I can deal with the occasional garbage, but stuff that relies totally on subjective, aesthetic judgement is art, not sport, to me, and the Olympics are too crooked to be trusted with such.

I’d given up entirely on figure skating, after a great Russian skater wound up with worse scores than another skater who fell on his ass.

They lost me with Tara Lipinski. At least she retired shortly after her Olympic win.

With all the pressure to focus on increasingly difficult jumps, I guess falling on their asses is the best case scenario. The ones who land on their heads tell a very different story: 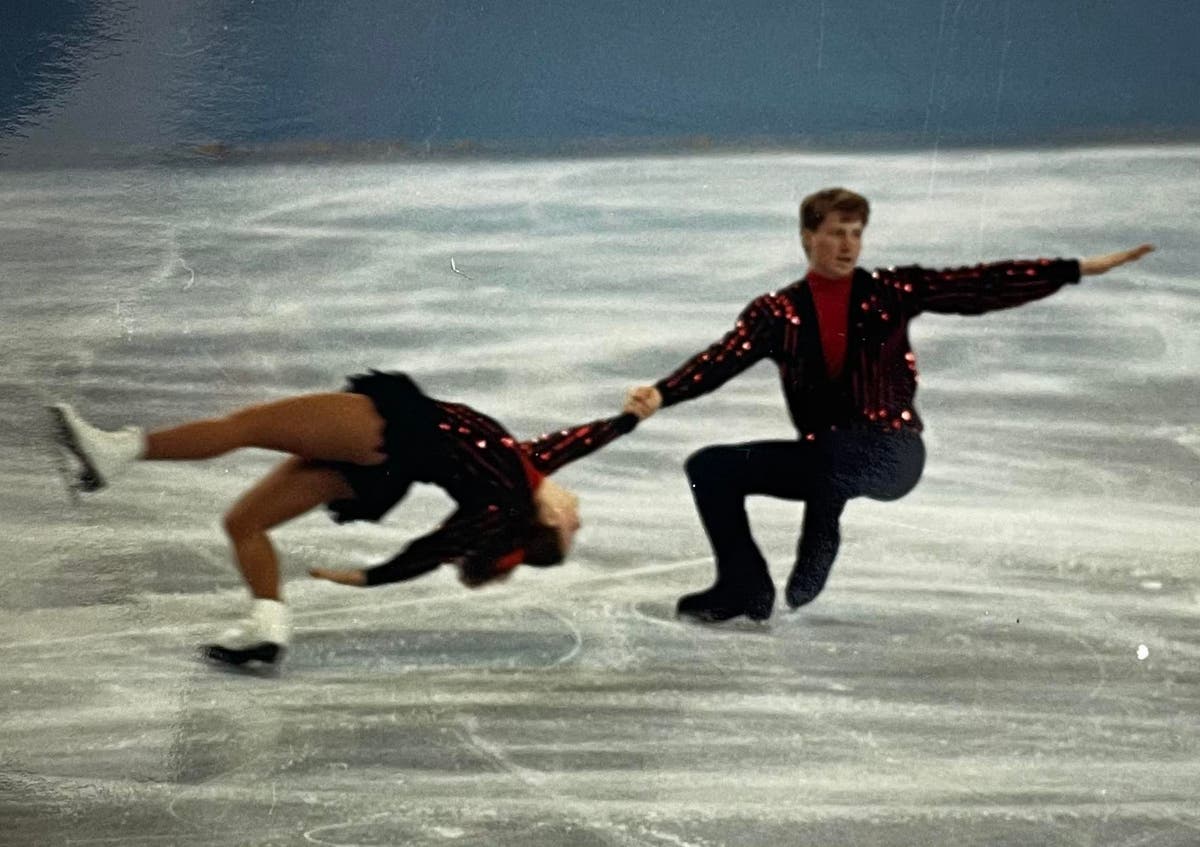 I got dropped on my head while figure skating like the Russian Winter...

When I woke up, I was beside the rink, on my back. Someone’s mom was stroking my head softly and saying, ‘She’s so beautiful,’ mournfully as if it were no longer true

So, there’s a lot of pressure and risk even though some folks perceive ice skating as being less of a challenge than other sports. They combine the strength, athleticism, balance, and stamina attributed to ballet dancers with working on a very unforgiving surface…while wearing heavy skates. I’m always amazed at the pros who also manage to make it look easy.

Who is telling her what to say? Because they are bad at it. 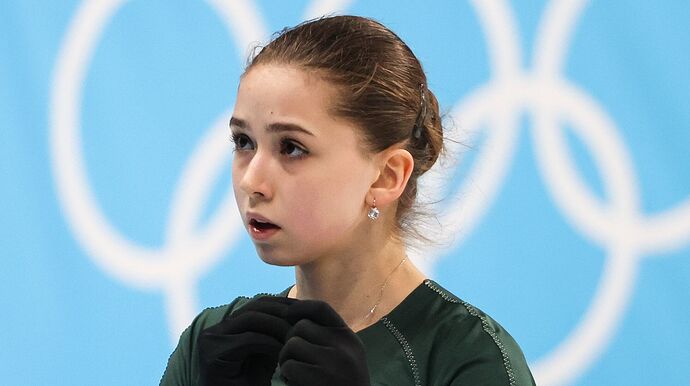 “Her argument was this contamination which happened with a product her grandfather was taking."

A welcome greeting from the local Olympic boss and the hotel manager should be presented in IOC members’ rooms, along with fruit and cakes of the season. (Seasonal fruit in Oslo in February is a challenge…)

If not for the fact that it’d mean meeting all of their other corrupt requests, I’d love it if they’d hosted the games and put empty fruit baskets in the hotel rooms with a “There is no seasonal fruit in Oslo during the winter” note.