wasn’t maria bartiromo like, normal at one time? or has she always been a crackpot? time is blurred and i can’t remember.

Fox clearly worried that OAN is going to render them redundant.

One day we are going to find that Murdoch has been working with the Russians all this time.

It absolutely blows my mind that they keep pulling out the “78 million americans were completely disenfranchised”, despite:

A: It’s 74 million, verifiably.
B: There were another 81 million americans who voted against him. That’s how democracy works.
C: Why pad the count? 78 is still less than 81 million.

Peter Rabbit (as he’s known in his field where he’s also considered a joke) hasn’t had as high a profile as the other anti-democratic creeps in the regime, but he’s high on the list of Biff’s most loathsome flunkies.

Navarro has been sounding a consistent anti-democratic undertone and is (along with Secretary of Kleptocracy Wilbur Ross) responsible for the onslaught of pro-corporate/environment-destroying executive orders we’ve seen coming out of the White House.

Their arguments are like me saying “YOU STOLE MY CAR!” then showing a photo of me sitting behind the wheel of the same make and model car as proof, but I don’t have a title or insurance forms showing I ever owned that make and model, and we don’t even know the backstory behind the photo, or whether it’s just photoshopped.

It’s shocking there’s no defamation protection for the legitimacy of the election system.

He also stuck his unqualified oar into the White House Covid mess. 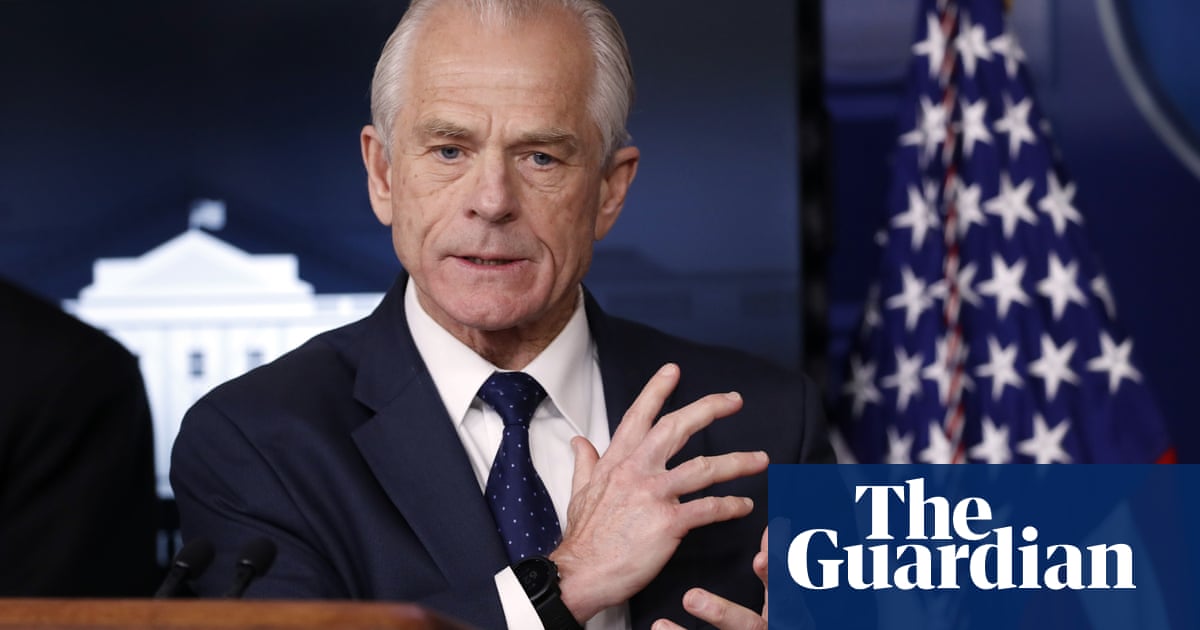 US trade adviser pits himself against Fauci over unproven coronavirus drug

You’re completely right. Also, if you got to vote and your vote was counted you were not “disenfranchised” because the asshole you voted for lost.

He’s dropping some steps- the young grifters will eat his lunch.

Hopefully they will slip up and make false claims about Dominion again. When Dominion files its defamation case against Fox, Fox would not be able to point to its lame “retraction” to avoid punitive damages, because its bonehead pundits continued to spout the same lies.

I am really curious as to Dominion’s litigation strategy. Obviously Sidney “Kraken” Powell is the worst offender, but I am wondering if the lawsuits against ONAN, Newsmax and Fox are coming soon, or if they will use the Powell lawsuit for discovery to support their other lawsuits. I would hope the former, as we need full pressure now to turn off the spigot of lies.

Just as Goebbels’ “Big Lie” theory stated that if you repeat a lie often enough it will become accepted as truth, if you constantly redirect, move goalposts, fabricate statistics and flood the airwaves with shit, the disinformation becomes the Big Lie itself. And that’s even harder to refute.

the lawsuits against ONAN

Have you noticed how fast they all shut the fuck up about Dominion voting machines after Dominion dropped that lawsuit on Sidney Powell?

What’s up with the forehead? I’m not a physician, but is that some kind of eyebrow scrunch? Not insulting him physically since everyone (including me) has their own oddities, but this looks like he’s just raging mad.

Because in 2016, trump lost to Hillary by right under 3 million votes and still became POTUS, so these numbers would make it easier to contest and still seem realistic.
Like, see…we lost by the same amount as last time, so make me king.

The name seemed familiar to me, so I checked around, and what do you know: I did remember him as the guy who made up a fake expert to quote in his books!

Tessa Morris-Suzuki, a professor at the Australian National University, discovered that a character named Ron Vara in Navarro's books is fictional, reported The Chronicle of Higher Education newspaper.

After that, no halfway respectable news organization should touch him with a ten-foot pole, but Fox News…

Have yet to hear from a psychologist on the status of someone who spews lies constantly and their ability to recall reality internally. That is, suppose your job/personal-wealth depended on lying constantly, (several vocations spring to mind, but best not go there), over the long term what does that do to your ability to discern reality from falsity for your own consumption? So many self generated false overlapping memories one would presume a voluntary descent into permanent(?) mental illness…?

“One of the saddest lessons of history is this: If we’ve been bamboozled long enough, we tend to reject any evidence of the bamboozle. We’re no longer interested in finding out the truth. The bamboozle has captured us. It’s simply too painful to acknowledge, even to ourselves, that we’ve been taken. Once you give a charlatan power over you, you almost never get it back.”
― Carl Sagan

and if that “charlatan” is oneself - isn’t that “power over you” obligatory?