In Texas, a coastal city tries to test its way out of coronavirus pandemic

Each day, hundreds of residents of Galveston County, Texas, are tested for the new coronavirus. Free diagnostic tests are being offered to anyone over the age of seven and the county has enough test kits to last a month.

Everywhere should be doing this before they even think of opening up, but currently it would bottleneck pretty fast. What a patchwork with the federal government asleep at the wheel!

DAMN. What a fucking asshole!

Cuomo Reminds McConnell That KY Takes More Money Than NY: 'Who's Getting...

Bennett donated $150,000 in the last six months to a fundraising committee for Trump’s reelection campaign and for Republicans, according to Federal Election Commission records. He also gave to Trump in 2016, and has made donations to prominent allies such as House GOP leader Kevin McCarthy and Senator Lindsey Graham.

Well of course he did.

General info:
Doubling time has gone beyond 11 days.
Our curve is lower than the US as a whole.
ER cases for covid-like symptoms are down.

No decreases in % of positive tests but we’re holding stable there.
Hospitalizations are also holding fairly level.

That person up-thread may want to take a look at this post if they’re still around. There are those metrics you wanted

Testing on the order of 5-7k per day
500 people doing contact tracing (double the current number.)
At least 30 days of PPE in reserve for all types of PPE (we’re currently lacking gowns and masks.)

They’re accepting sustained level (no increase) rather than decreases for some cases because there has been no spike and the healthcare system hasn’t had much of a problem handling the load (there are fewer than 500 people in hospital with symptoms statewide.)

If these are met by May 8th, then we enter phase 1 of reopening:

If it starts looking bad at any point, they’ll roll back to previous phases.

If it starts looking bad at any point, they’ll roll back to previous phases.

No decreases in % of positive tests but we’re holding stable there.

wncn was reporting it was still rising as of monday:

and… it almost looks that’s not doing 7-day averages, instead they’re determining a positivity rate by averaging across all tests. ( the main nc health site doesn’t seem to provide the data in a way that’s easily to figure that out either. )

so if it’s going up, i’d imagine its really going up.

cross posting to this –

COVID-19 statistics and other disturbing things

lets hope we’re flattening the curve. this graph from last week caught my eye, and makes me wonder if its really just that we’ve hit testing capacity. [image] and the cdc’s positivity rate continues to increase. ( more and more people are being tested who have the virus, than people who do not. )

where at least nationally, we may be still in a situation where our testing capacity increases aren’t exceeding the infection increases.

I believe in the presentation they were doing 7 day averages and it looked more steady than in that graph. Hopefully NCDHHS or someone else will be posting the slides and contents of the press conference.

Bananas in Pyjamas is an Australian children's television series that premiered on 20 July 1992 on ABC. It has since become syndicated in many different countries, and dubbed into other languages. In the United States, the "Pyjamas" in the title was modified to reflect the American spelling pajamas. This aired in syndication from 1995 to 1997 as a half-hour series, then became a 15-minute show paired with a short-lived 15-minute series The Crayon Box, under a 30-minute block produced by Sachs ...

New York antibody study estimates 13.9% of residents have had the...

The state's mortality rates remains persistently high at about 7.4%. The antibody testing indicates the actual death rate may be far lower.

(The numbers are an important data point, but it’s always interesting the emphasis different news outlets want to put on what it means or what the takeaway should be.)

WTF? I have read about something like this as a medieval torture/execution thing, but as medical treatment? Wow…

Great. Now I’ve got an image somewhere between blood eagle and demon core kun, bouncing around in my head. Good thing it’s nowhere close to bedtime.

The actual death rate is certainly lower than 7%. That still leaves a lot of room for some very scary possibilities.

For death rate, there are few if any false positives, and likely they are missing a bunch, from looking at increase in overall mortality, rather than just confirmed cases.

Bearing that in mind, if this antibody study is an accurate sample, that gives an actual case fatality rate of ~0.8-1.5%. This is broadly in line with other similar estimates from other places, and is still terrifying. If we did a “herd immunity “ strategy over the whole US, that would be 3-4 million people dead.

So this doesn’t really make the situation any better than what we already knew.

I’m sure he was just riffing on how the Krebs Cycle run backwards is so similar to photosynthesis, so that’s his in-joke way of suggesting that us animals should keep ourselves in good nutritional shape by consuming more plants.

Yes. Also with the findings that some some are testing lower than expected in antibodies, herd immunity is even being questioned.

Then there is the whole discussion about outcomes where people do survive, and future medical issues from complications, that gets swept under the rug. 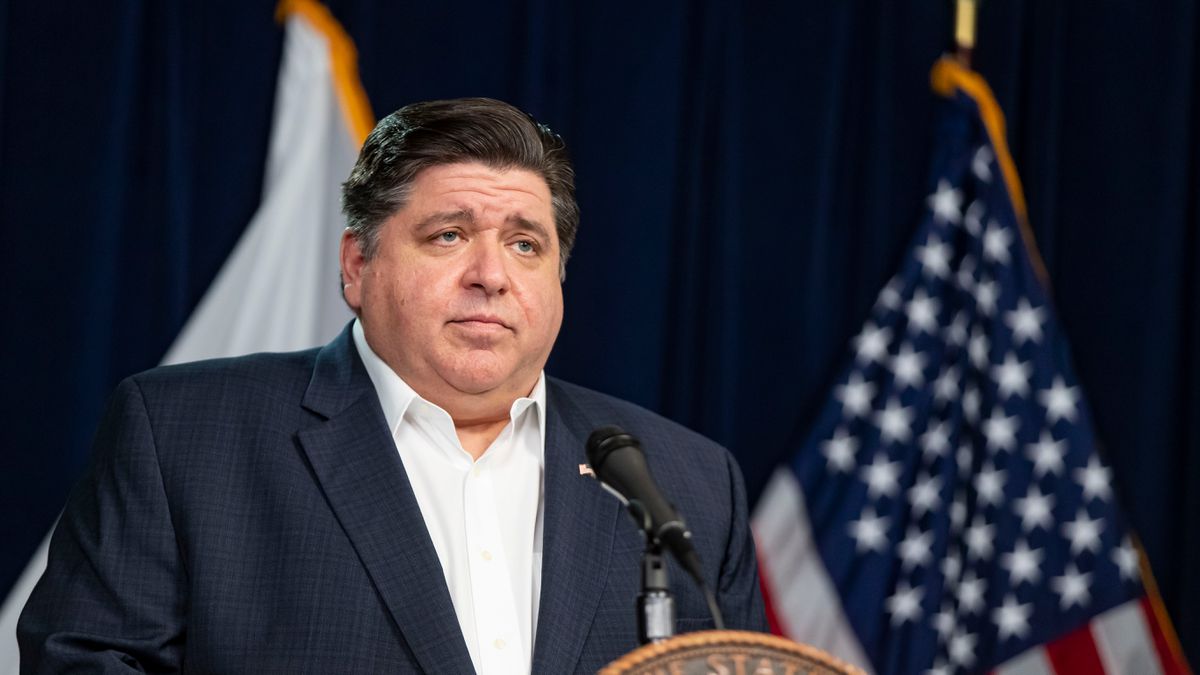 Gov. J.B. Pritzker is expected to announce Thursday that he will extend a statewide stay-at-home order into late May, sources said.