Every time I use that one I thin to myself ‘But the actual neighbor’s address would be 668’ but that doesn’t feel as funny as only being incremented by one.

Well, the across-the-street neighbor of the Beast, anyway.

A nice reminder to remain focused on reality but not at the expense of keeping ourselves supported: 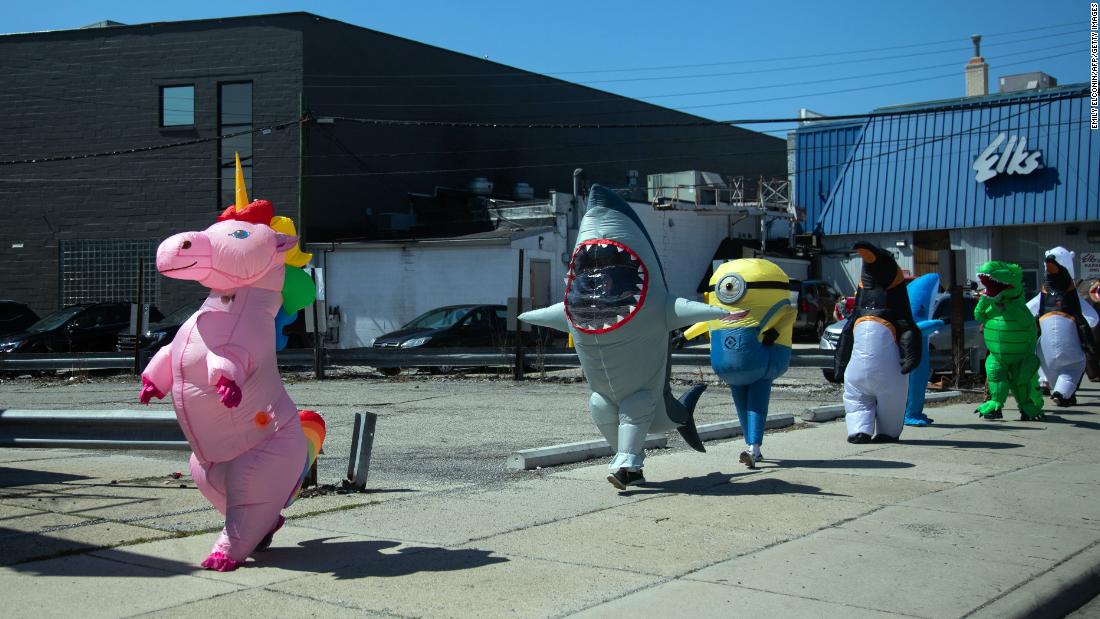 I tore up my column on hate

LZ Granderson asks in this anxious time, why spend our energy on anger and protest when there is so much hope and love in the world?

Well, the across-the-street neighbor of the Beast

the across the street neighbor in the states at any rate 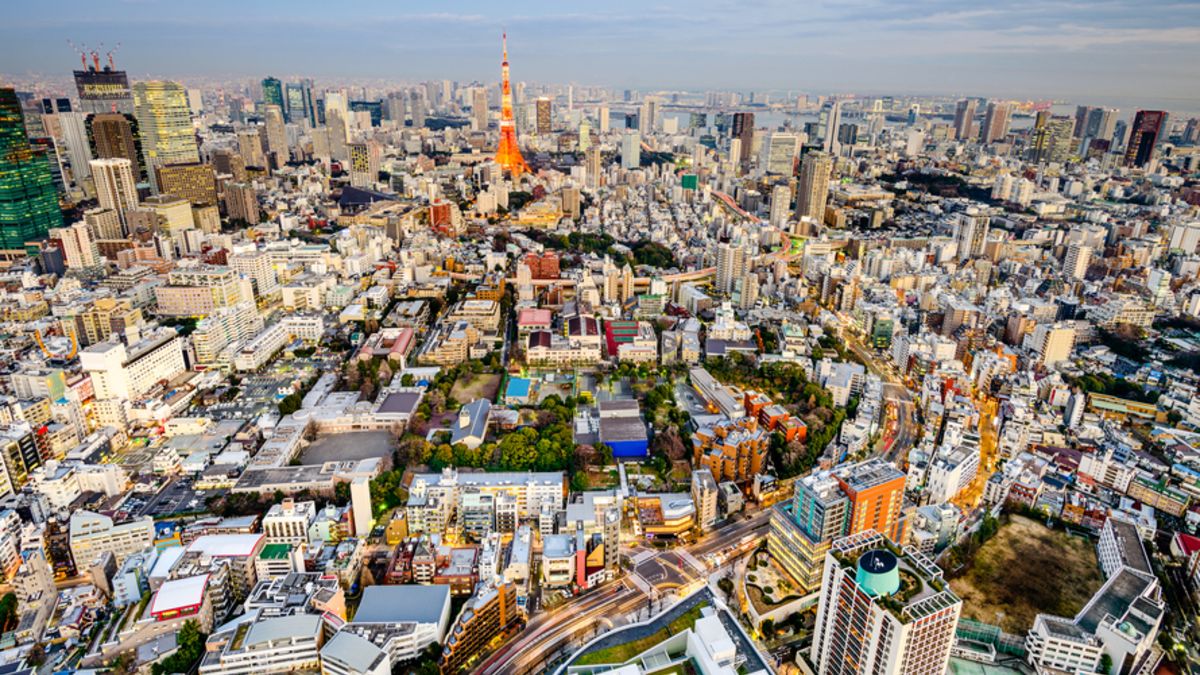 One of the first things you will no doubt notice when coming to Japan is that most of the streets don’t have names, the building numbers don’t go in any kind of order, and you can’t possibly imagine a time before your cabbie had access to GPS.... 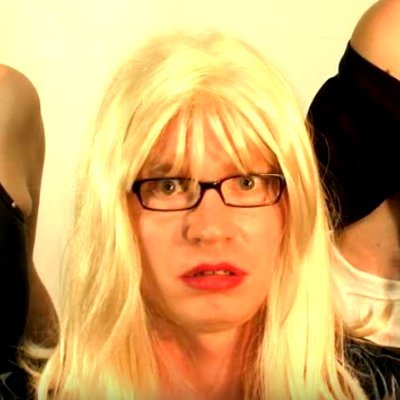 Maybe the coronavirus emanated from a China research lab after all, say US and UK intelligence boing

More to the point, what difference does it make now? Unless Trump was also created in a Chinese bio-lab.

Become a patron of Keith Knight today: Get access to exclusive content and experiences on the world’s largest membership platform for artists and creators.

Anybody else seen these? 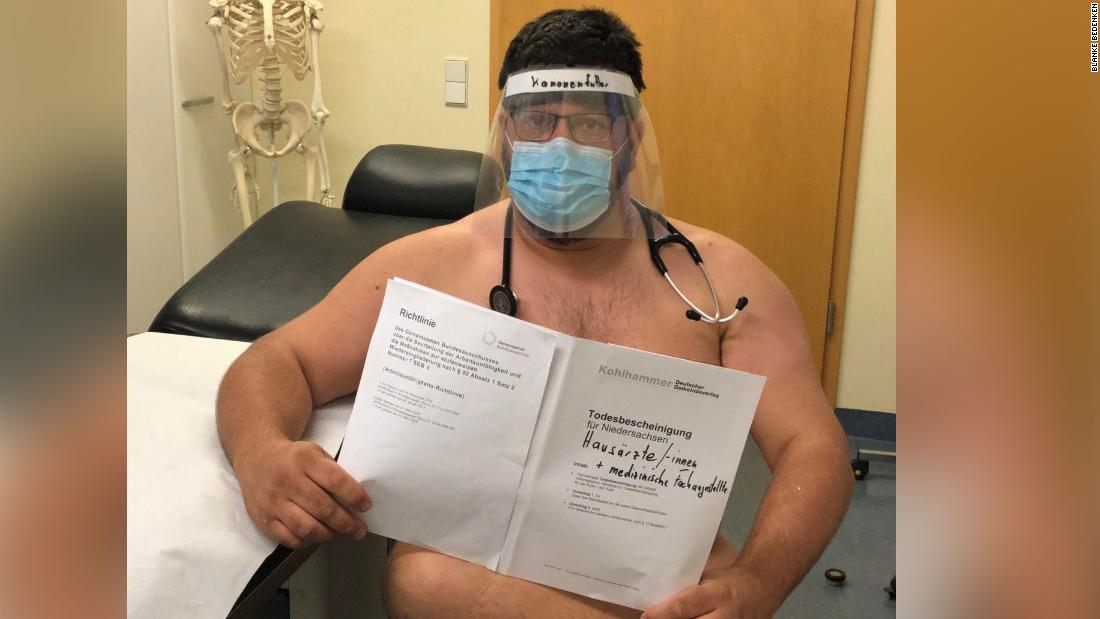 A website apparently featuring photos of German medical workers is calling attention to the working conditions and protective equipment needed by frontline workers amid the coronavirus pandemic. 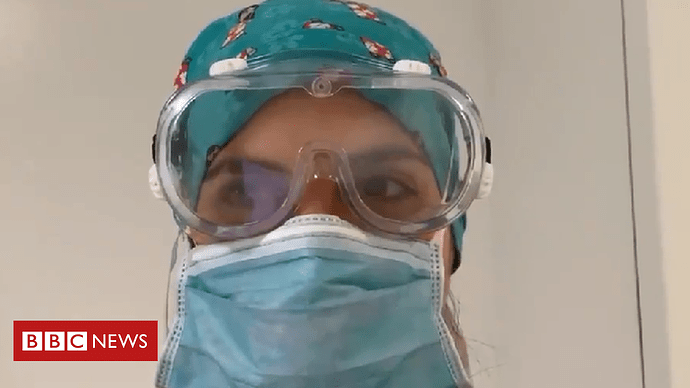 The unisex design doesn't fit all women properly, according to many who are working in healthcare.

I can almost smell the scrumptious, sizzling documentary about just this in the future:

Meat processing plant workers are concerned about President Donald Trump’s executive order that compels plants to remain open during the coronavirus pandemic. Some say they expect staff will refuse to come to work. 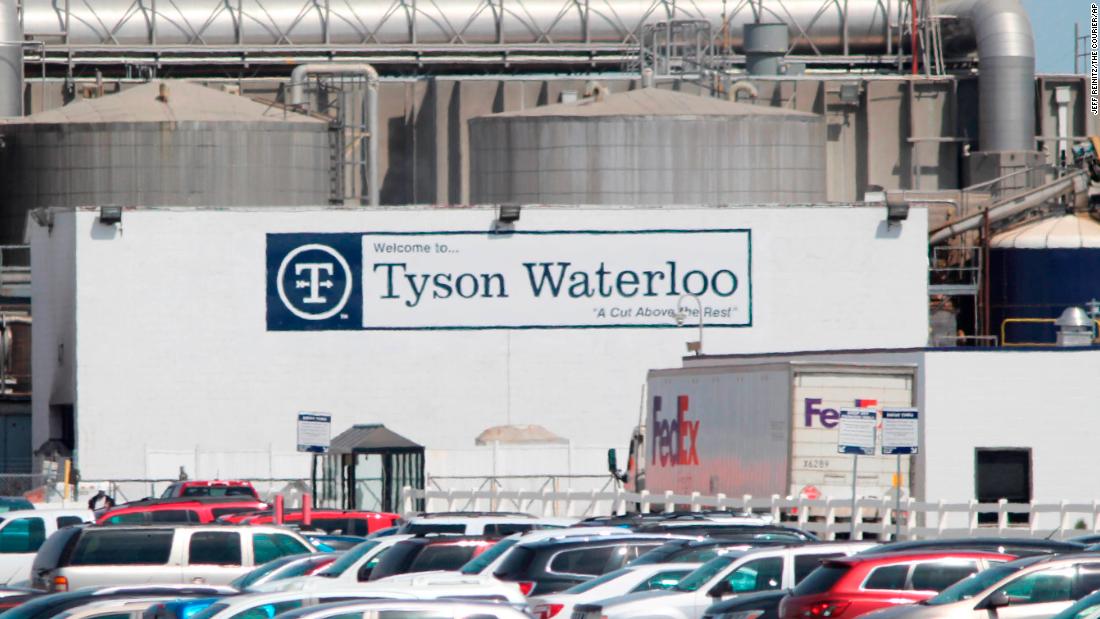 Hospitalized patients with advanced COVID-19 and lung involvement who received remdesivir recovered faster than similar patients who received placebo, according to a preliminary data analysis from a randomized, controlled trial involving 1063 patients, which began on February 21.

ETA a clarification that the link (and any optimism) is to the NIAID study of remdesivir, not the Gilead Science study, which looks like it was, uh… very unorthodox.

Which is why we can’t have our masters won’t let us have nice things like at least a temporary UBI.

I checked the webpage, including their own press coverage section. The medical press they get indicates this is legit.

However, I’ve yet to establish what their point is? I’ve recently seen emergency medical staff in action, on the streets, taking care of a homeless person who was under the influence of some mind-altering stuff (likely: alcohol). They took precautions, had FFP2 masks, the two handlers had disposable protective half-scrubs (something like a large bib for adults, with arms), and face protection. My practitioner has desinfectant and standard-issue chirugical facemasks, but would not allow people with known Covid-19 contacts and symptoms to enter. They need to inform the authorities and get tested. All Hausärtzte and Fachärtzte use this rule.

They cannot have full equipment, because we don’t have enough for everyone. They mitigate the risk through as much preventing exposure as possible. So, what exactly is the point of this protest, I wonder?

In other news, @docosc: this looks bad. 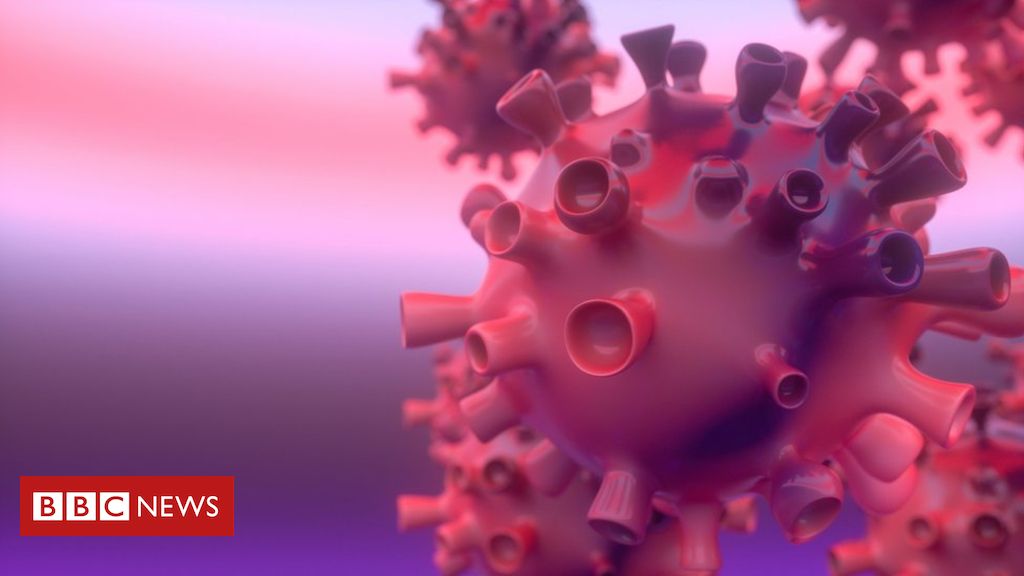 Doctors have been told to look out for a rare but dangerous reaction that may be linked to Covid-19. 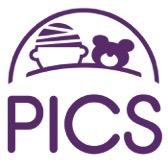 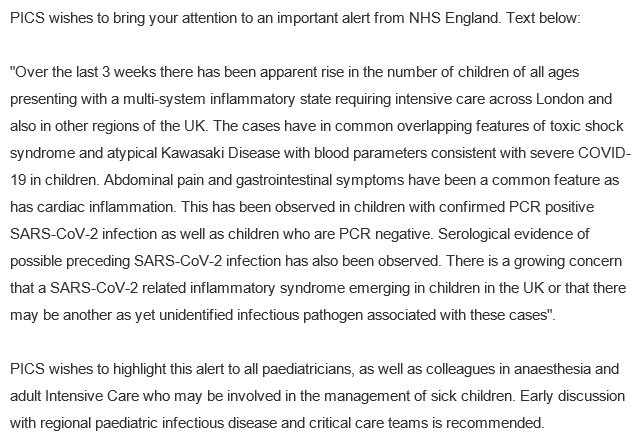 An unfriendly and very unwelcome reminder that We Don’t Know SHIT About SARS-CoV-2 in pediatrics. (I herby request to include the abbreviation WDKS in the Oxford Dictionary and Merriam Webster. I think I’ll need this often in the future.)

For anyone (like me) who’s forgotten who Gregory Rigano is, he’s the con artist who convinced Elon Musk and Donald Trump that hydroxychloroquine was a miracle cure in the first place 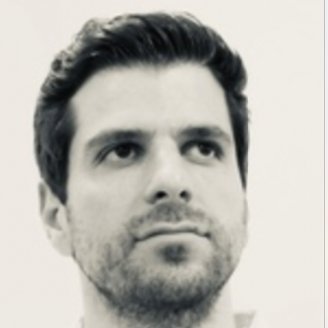 NARRATOR: They were not. 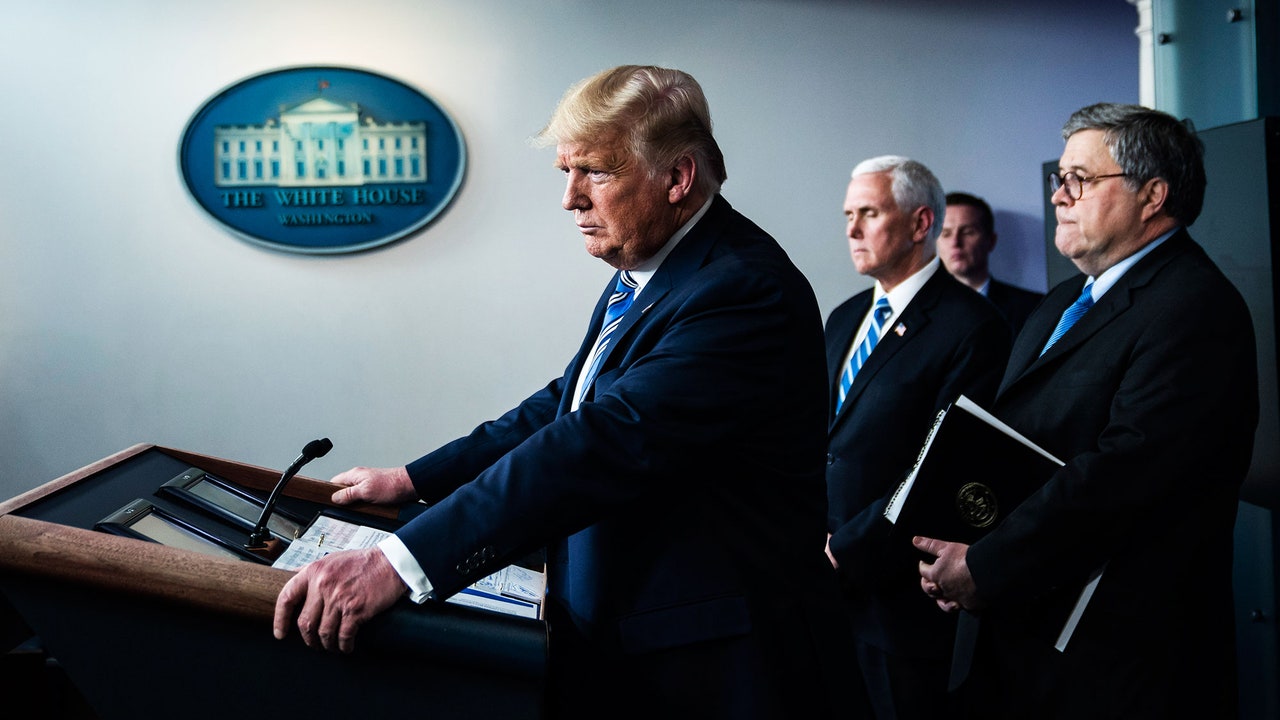 At his press conferences, the president offered hope that chloroquine would be a miracle cure. But experts explain how that was always a “lie.” 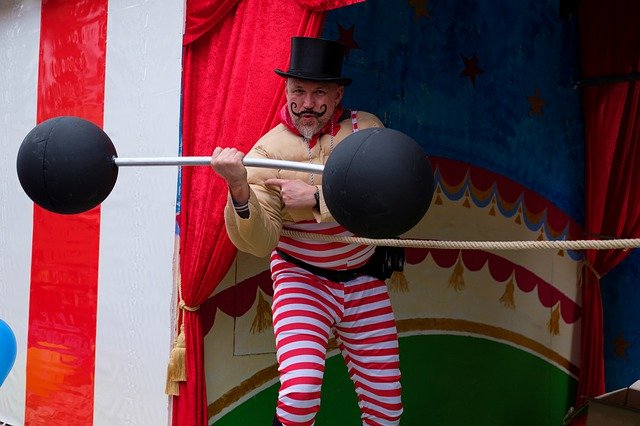 The legitimacy of the antimalarial drug and Rigano's status has now been shattered as investigations revealed he was posing as a doctor from the beginning. 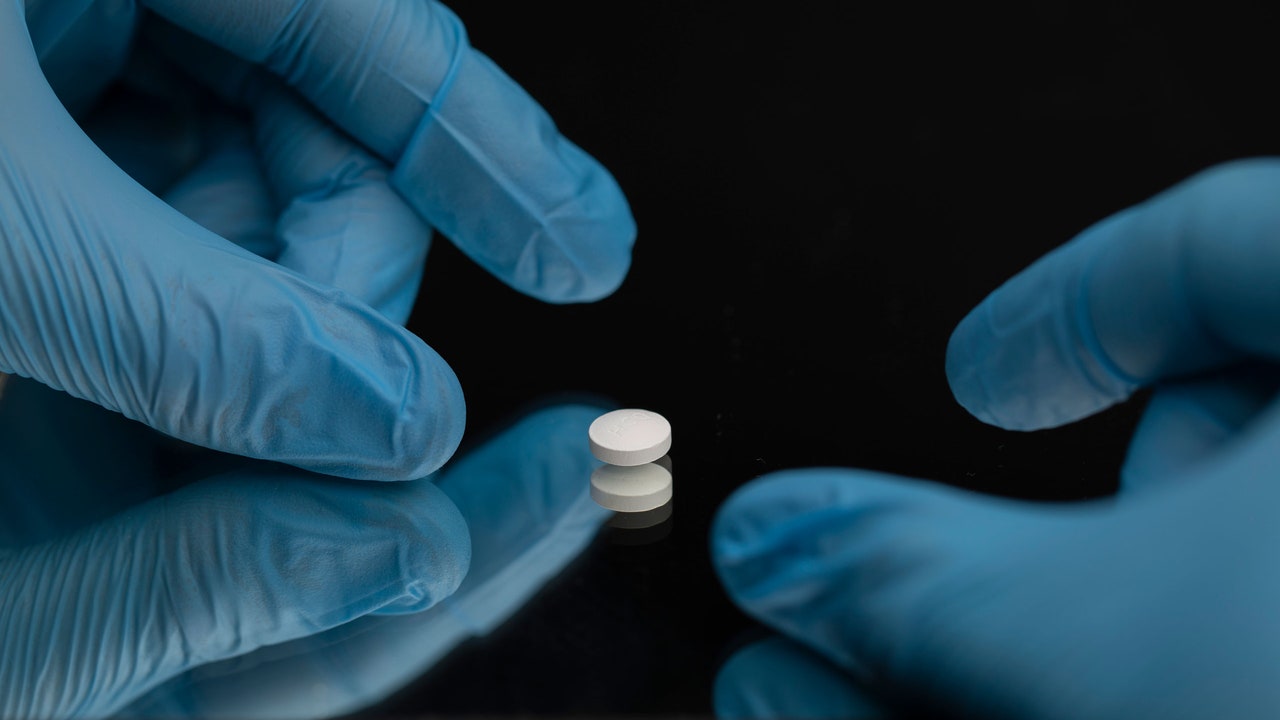 The President has continued to recommend a combination of drugs that are unproven in fighting the novel coronavirus and are known to cause dangerous side effects.

From a friend of a friend, so merely anecdotal, but still, a good reminder. I sometimes catch myself thinking, “Oh well, I’ll probably get it sooner or later, I’m healthy, I should be okay if I do.” Etc. Not that I’m anymore lax as a result. It’s more a sort of fatalism, brought on by despair over how poorly my country, the U.S., has been handling things.

I have had Covid-19 for the past two weeks. I feel like maybe there’s a stigma against talking about it, because I haven’t seen many posts saying “I had it, here’s what it’s like,” so I’m doing one. I’m back at the point where I’m functional again. For those of you sharing conspiracy theories, I suppose you’ll just believe I’m part of the conspiracy. For everyone else: it’s not like the flu, or the cold. It’s fucking awful. It’s the sickest I’ve been. It was scary. You might think that because you’re not old or because you’re generally healthy, that you needn’t worry, and I just want to say that in my experience that’s not true. You don’t want this disease. I still can’t walk up stairs without needing to pause to catch my breath at the end. Ever had a near drowning experience, or a dream of one? It’s that, but you’re breathing a lot, and it’s just not working the way it should. It’s like you can’t trust your own lungs. It was like that all the time for several days. I also felt like there was a brick strapped to my chest all the time. I still can’t sleep with my arms across my own chest, as it’s too much pressure. It also hurts, a lot, all over your body, in strange ways. It felt like I had a kidney stone (I’ve had one before) but in different parts of my body at different times. And it wipes you out. I slept about 12 hours a day. I’m normally a 6 to 7 hours a night guy. For those that know me:

I didn’t touch the bandoneón for two weeks.Anyway, please take care. I’m mostly better, and although I don’t know how long the fatigue and shortness of breath thing takes to pass, I assume it will. But please don’t flirt with the idea that you’ll just “get it and get through it.” You might. You might not. But you really don’t want to, trust me.

I wouldn’t worry. (In fact I don’t.) With people all done up like ‘urban activists’ these days (mask/ball cap), bad hair days will not be noticed much — if at all — especially when public exposure is limited. 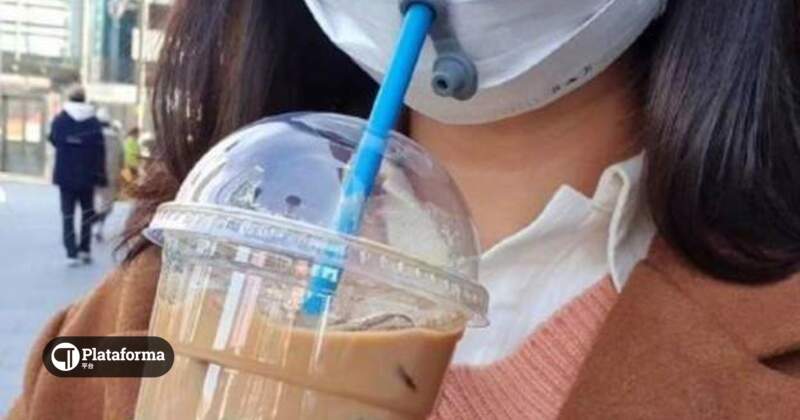 Brazilian respirator made with a diving mask can help SUS, an organ equivalent to the British NHS.

A foreign company donated all the diving masks from its stock and a group of technological activists, called Motirõ, rolled up their sleeves, devising a way to adapt the equipment for use as mechanical ventilators in hositals that are desperately looking for this equipment. 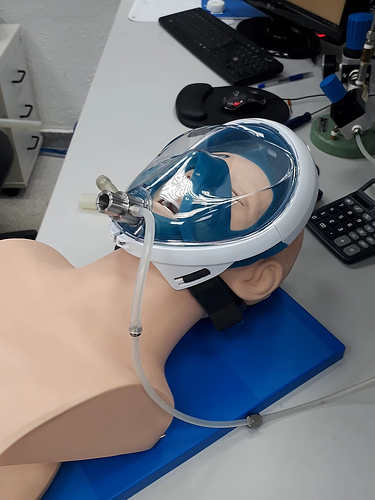 From Tupi-Guarani, Motirõ means “gathering people to harvest or build something together, to help others”. In our case, a meeting of people seeking to create solutions and generate resources to act in the crisis generated by Covid-19.

All projects developed by this group are open source and have no commercial purpose. 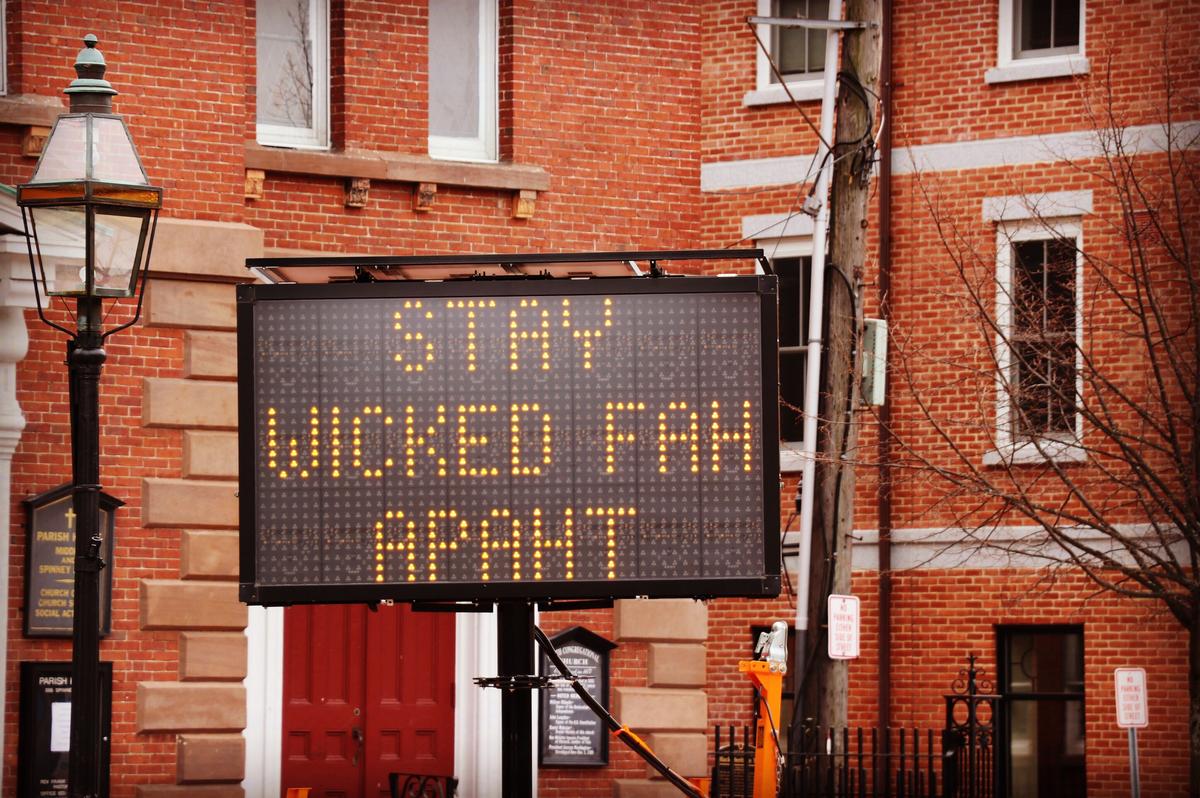 We can only wish… 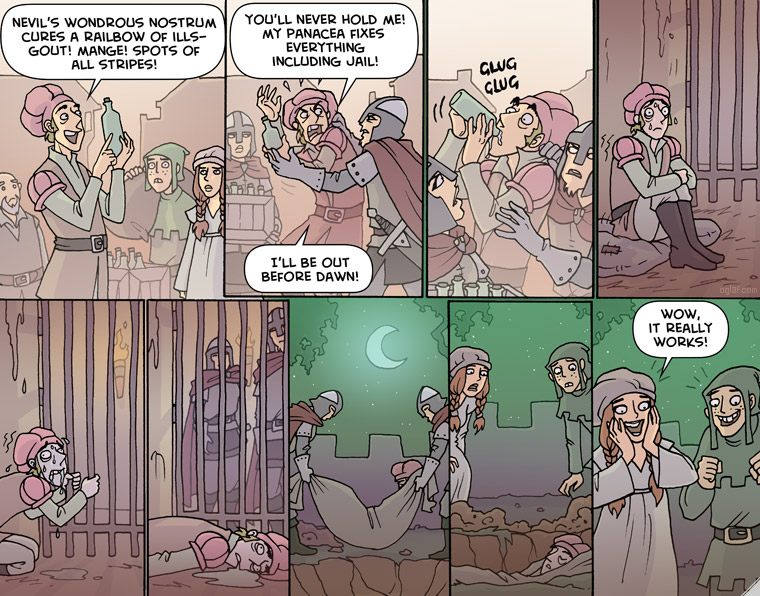 Update: I though Twitter was banning these creeps? (/s I know of course that they won’t) 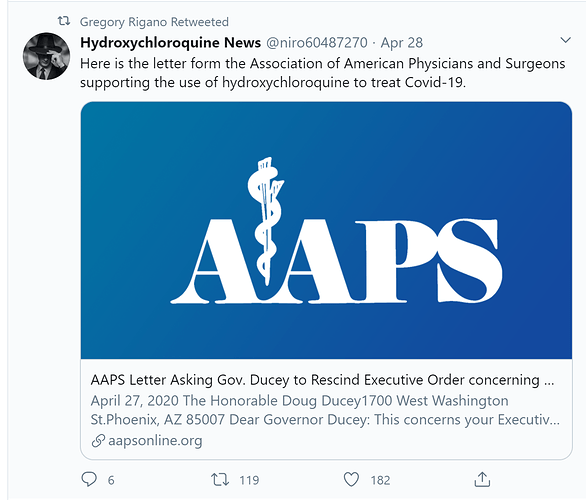